Why Dinosaur Day is a B1G Deal: BTN LiveBIG 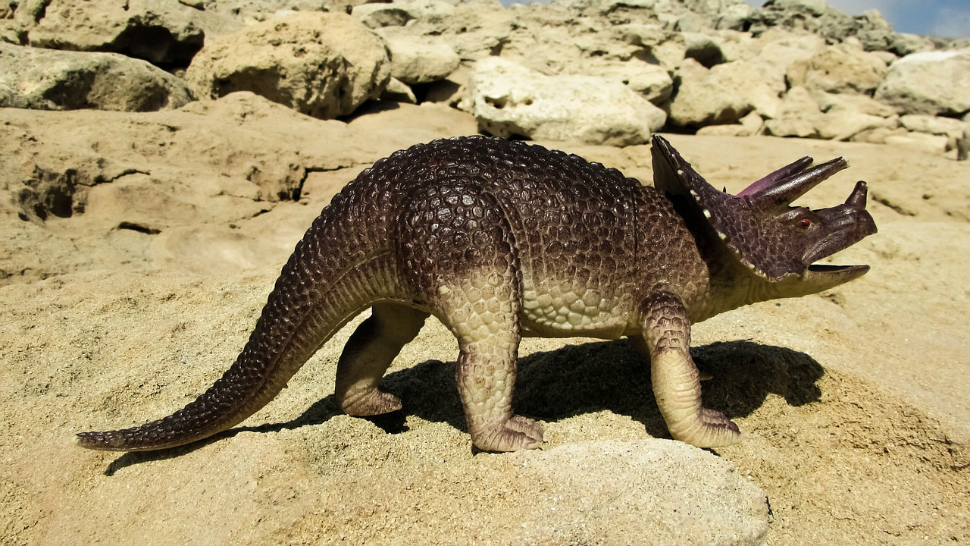 The Big Ten Conference has a rich and storied history dating back 122 years. But as momentous and magnificent as those years have been, on sheer scope, they don?t hold a candle to the age of dinosaurs.

The prehistoric thunder lizards roamed our planet for around 165 million years, spanning the Triassic, Jurassic and Cretaceous periods.

Yet the professors, researchers and students of the Big Ten universities have made significant contributions to the study of dinosaurs, fossils and other elements of the distant past. In honor of Dinosaurs Day, we?re turning on the time machine and dusting off some of our favorite stories of dino-sized discoveries and ancient archaeology.

How a Rutgers researcher is having a big impact on our understanding of a big impact: BTN LiveBIG

Last April, a team of international scientists across all scientific disciplines traveled to the Chicxulub impact site, what is thought to be the location of an asteroid crash roughly 66 million years ago that killed off approximately 75 percent of all life on Earth. The impact that killed most of the dinosaurs today is giving scientists new answers on life.

Rutgers University?s Sonia Tikoo, an assistant professor in the Department of Earth and Planetary Sciences, was one of 38 scientists on the expedition, which found that large impacts from asteroids can deform rocks, potentially creating habitats for life on Earth - and beyond. Their findings were published in November in the journal Science.

The University of Michigan?s Museum of Natural History is working on something big.

Beginning this month, the public is able to view the Bristle Mammoth in all its glory thanks to the opening of a $48,000 exhibit space, specially built to display the skeletal remains of this ice age giant.

Carissa Raymond?s discovery was the paleontological equivalent of a rookie baseball player hitting a grand slam on the first pitch of his major league career.

?It takes skills to know what you are looking for, but I was lucky to be in the right place at the right time,? said Raymond, a junior majoring in both geology and geography at the University of Nebraska.

Last May, while on her first-ever fossil expedition, Raymond stumbled upon a previously unknown species of mammal at a site in New Mexico?s San Juan Basin. Suddenly, she caught herself staring at the fossilized remains of an animal that had been extinct for 40 million years.

Purdue researchers recently made a breakthrough on a major piece of the human ancestry puzzle. Using a combination of radioisotopic dating and a gas-filled magnet detector, the team was able to accurately date a well-preserved skeleton of Australopithecus prometheus, an early forebear of modern-day Homo sapiens.

A crew that included Purdue professors Mark Caffee and Darryl Granger and former postdoctoral researcher Ryan Gibbon determined the Australopithecus fossil, dubbed ?Little Foot,? is about 3.67 million years old. That?s older than the estimated age of the famous ?Lucy,? a female Australopithecus found in Ethiopia in 1974, which was determined to have lived 3.2 million years ago.

There?s no denying that the student musicians of ?The Best D*mn Band in the Land? are masters of marching. And, when they took the form of a football field-sized T-Rex it was a sight to behold.