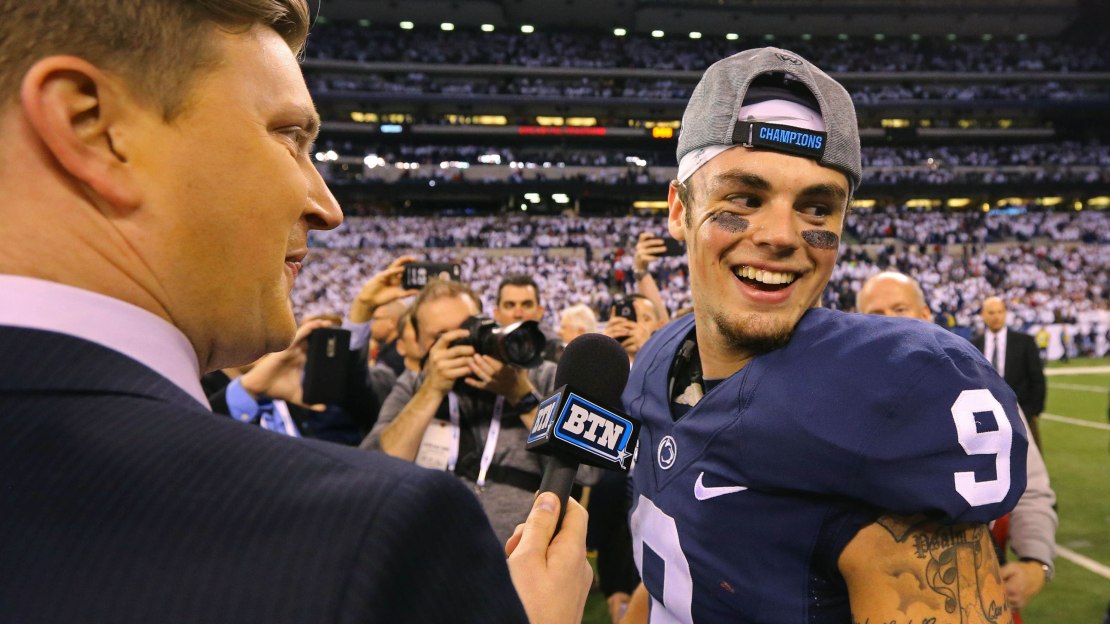 With spring practices finished, schools are focusing on offseason work before fall camp kicks off. Some positions are in better shape than others for certain schools. Let?s take a look at the seven schools in the best shape at quarterback.

1. Penn State. Junior Trace McSorley emerged from a training camp battle vs. sophomore Tommy Stevens last August to win the job. Look at McSorley now, one of the nation?s most dangerous and dynamic signal-callers. He is one of five quarterbacks in Penn State history with multiple 300-yard passing games (5) in a career, joining Christian Hackenberg (9), Matt McGloin (6), Kerry Collins (4) and Daryll Clark (3). Stevens probably could start for a lot of teams.

2. Ohio State. J.T. Barrett is a savvy senior who is looking to close his career like he began it-with a bang. Barrett has been a team leader since Day One, a fifth-year senior who is 26-4 as a starting quarterback. He has thrown for 6,381 yards (third at Ohio State) and 69 touchdowns (first) and rushed for 2,456 yards (17th) with 31 touchdowns. Barrett will be the first three-time captain in school annals. The backup? It?s between sophomore Joe Burrow and redshirt freshman Dwayne Haskins.

3. Northwestern. Clayton Thorson made big strides last year, showing he can win games with his arm. He was an honorable mention All-Big Ten selection by the conference?s coaches and media in 2016, when the junior set a new NU single-season record with 22 touchdown passes. His 3,182 passing yards are the most ever by a quarterback in their sophomore season and the fourth most in Northwestern single-season history. Senior Matt Alviti knows the system and can move the chains with his dual-threat skills but has limited experience. Alviti has thrown just eight passes in three seasons and has run the ball 16 times for two yards.

4. Nebraska. Junior Tanner Lee won a heated battle with redshirt freshman Patrick O?Brien this spring to replace departed Tommy Armstrong. Lee sat out last year after transferring from Tulane. And the guy has impressed. He looks and throws like an NFL quarterback. Lee made 19 starts in 2014 and 2015 at Tulane. In 2015, Lee started nine games and threw for 1,639 yards and 11 touchdowns, while completing 52 percent of his passes. O?Brien arrived in Lincoln as a decorated recruit from California He has flashed potential.

5. Michigan. Junior Wilton Speight made strides last year in his first season as a starter, earning All-Big Ten third-team (coaches and media) accolades after he completed 204-of-331 passes (61.6 pct.) for 2,538 yards and 18 touchdowns with seven interceptions. Could he be pushed by touted redshirt freshman Brandon Peters? Perhaps. The Wolverines may need a signal-caller who is more elite than Speight. Peters may be that guy. Jim Harbaugh loves competition.

6. Indiana. Senior Richard Lagow won the job last year after arriving from a JC, and he had his moments. Lagow is the starter as 2017 dawns, but he may be pushed by redshirt freshman Peyton Ramsey. Last season, Lagow threw for 3,362 yards, good for second in the Big Ten, with 19 touchdowns and was on the receiving end of a touchdown pass in the win against MSU. However, he also threw 17 interceptions on the year, including five in a loss to Wake Forest. Lagow needs to button up his game as IU moves forward without offensive whiz coach Kevin Wilson.

7. Purdue. The Boilermakers have a savvy triggerman in junior David Blough, who completed 57 percent of his passes during his sophomore season with 25 touchdown tosses. However, Blough also threw 21 interceptions for the 3-9 Boilermakers. He needs to make better decisions and seemed to grasp the attack of new coach Jeff Brohm in the spring. Blough is a gunslinger in the purest sense of the word. Sophomore Elijah Sindelar has a big arm but a ways to go in the new offense.