From this tiny trailer, Wisconsin is mapping the universe: BTN LiveBIG 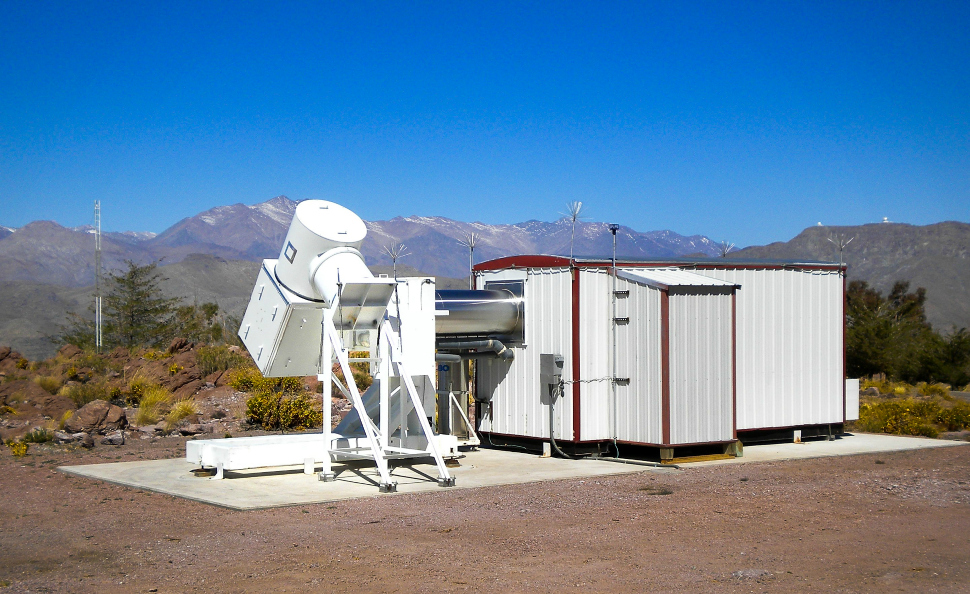 To put it in simple terms, the Wisconsin H-Alpha Mapper, better known as WHAM, is a high-powered instrument used for studying the sky.

To put it in a more scientific context, the WHAM, developed by the University of Wisconsin Department of Astronomy, is a custom-built telescope attached to a dual-elation spectrometer, the latter of which is housed in a trailer to protect it from the environment. All of these parts help the scientists involved in the research look at the Milky Way and other galaxies, as well as various gases that exist throughout outer space.

With the telescope and spectrometer connected, images captured can be broken down and analyzed. The Milky Way, for example, is filled with a dense layer of ionized gasses called the Warm Ionized Medium (WIM) and WHAM is designed to study the WIM and the emission from those gases. The Wisconsin researchers can take the data they find and map out where the gasses in the sky are located. WHAM is also able to distinguish between the various lights in the sky, allowing the researchers to measure if gases and elements are traveling, and, if so, where they are going. Because of its sensitivity to light, WHAM can also tell which gases are ionized.

?We built WHAM to trace the hydrogen gas primarily,? says Matthew Haffner, the project?s senior scientist. ?There are other elements that we can study, like nitrogen and sulfur. A secondary goal of the project is to explore emission from those elements as well. And that can lead us to an investigation of the physics of the gas. Not just where it is and how it?s moving in the galaxy and its existence in general, but then delving into the temperature, leading to the source of the ionization that we see.?

In the coming weeks, the WHAM researchers will unveil their findings of the study of hydrogen gas in outer space. The team?s hypothesis has long been that stars are ionizing radiation, which powers a thick layer of gas throughout the galaxy. WHAM mapping has confirmed that gas is everywhere in the sky, but instead of close to the plane of the galaxy - which is very thin - the researchers have found a very thick distribution of the element all around. Haffner?s team determined that if there?s not an active source of power, the gas actually recombines or changes state into a neutral; in that case there won?t be any emission.

While many of the researchers are based in Madison on the UW campus, WHAM itself has always been located thousands of miles away. For nearly 11 years, the instrument was housed at Kitt Peak National Observatory, in Arizona. It returned to its home state for a few refurbishments in 2009 before being sent down to Cerro Tololo, an observation site in Chile, where WHAM has been for the past eight years.

Being in Arizona and then Chile has allowed the researchers to capture the entire sky to closely examine WIM. ?You can only see two-thirds of the sky from either one of the hemispheres,? Haffner says. ?We learned a lot from Arizona, but there still a lot of questions. So it was going down to Chile and putting together that whole picture.? By studying outer space in both hemispheres, Wisconsin scientists determined gases they initially believed were faint actually had a major importance, leading to some of the team?s most important conclusions.

After announcing their research of hydrogen gases, the team at Wisconsin will begin looking at other elements throughout the Milky Way and surrounding galaxies, starting with nitrogen, sulfur, oxygen and helium. ?The light from those elements tells us something different than what hydrogen alone can tell us,? Haffner adds. ?We can trace how the temperature of the gas changes in different places in the galaxy. We can trace how the ionization changes. So that tells you something ultimately about the source of the power that?s energizing the gas.?