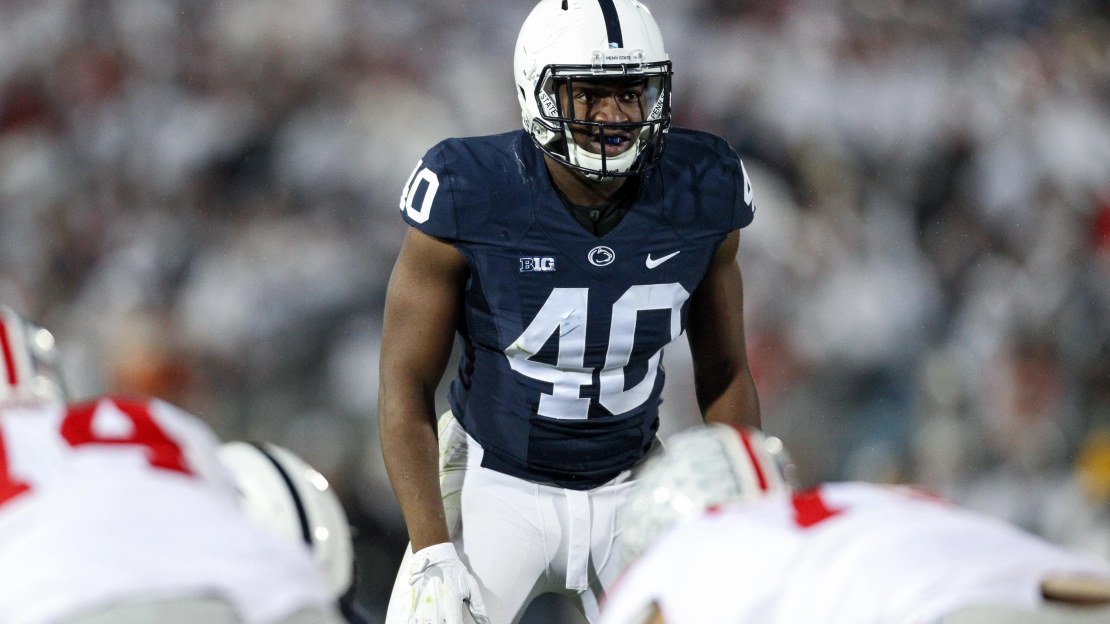 Let?s take a look at the seven schools in the best shape at linebacker.

2. Penn State. The Nittany Lions will uphold their ?Linebacker U? label this fall with a strong unit even with Brandon Bell and Nyeem Wartman-White gone. On the weak side, look for junior Manny Bowen and sophomore Cam Brown. Inside, senior Jason Cabinda is the leader, a true bellwether who sets the tone. Senior Brandon Smith emerged last season as a legit linebacker for group that was hit hard by injury. When he spells Cabinda, there will be little drop. Lots of good options on the strong side with junior Jake Cooper and former safety Koa Farmer, a junior. Early enrollee Brelin Faison-Walden could impact.

3. Iowa. This may be the top part of the Hawkeye defense. Senior Josey Jewell is the heart and soul of this team and the anchor at middle linebacker. Senior Bo Bower is a classic overachiever who just makes plays. Senior Ben Niemann is a veteran who knows how to play the position. The depth also abounds with seniors Kevin Ward and Jack Hockaday along with sophomore Amani Jones.

4. Wisconsin. Yes, the Badgers lose two good ones in Vince Biegel and T.J. Watt. But there still is plenty of talent. Inside, junior T.J. Edwards and senior Jack Cichy will likely be the starters. On the outside, senior Garret Dooley and senior Leon Jacobs are top options. Cichy could move to outside linebacker in order to get the best four the field. Junior Chris Orr, who is coming off injury, could replace him in the middle. There also are sophomore Zack Baun, JC Andrew Van Ginkel and junior Ryan Connelly.

5. Minnesota. Nick Rallis and Jack Lynn are gone. Still, this is the deepest area on the defense. Senior Cody Poock has had injury issues but could be in for a big final season. Jonathan Celestin is another senior with experience and savvy. He looks to build off a nice 2016 season. Juniors Blake Weber, Blake Cashman, Julian Huff and Everett Williams bring speed and athletic ability to the equation. Cashman excels at rushing the passer.

6. Nebraska. This group is looking good in a new 3-4 scheme, even with Josh Banderas gone. At one outside spot, junior Luke Gifford and senior Marcus Newby are in a close battle. Rising junior star Dedrick Young has one inside spot and senior Chris Weber the other. Sophomore Alex Davis is the other outside linebacker. True freshmen Guy Thomas (OLB) and Avery Roberts (ILB early enrollee), along with sophomore Mohamed Barry (ILB), are also expected to factors. Thomas is a speed rusher that would be at Davis' side. Roberts is behind Weber, while Barry is behind Young.

7. Purdue. There are few strong positions in West Lafayette as Jeff Brohm takes over. But this is the strongest. Seniors Ja?Whaun Bentley and Danny Ezechukwu are anchors. Bentley looks healthy and ready to be a run-stuffing force in the middle. Ezechukwu could be a weapon as a blitzer on the strong side. Junior weak-side linebacker Markus Bailey may be the top player ? on the entire team. T.J. McCollum is a grad transfer from Western Kentucky who may start. He knows the defense of coordinator Nick Holt. Senior Garrett Hudson is a quality reserve. At 6-6, sophomore Rob Simmons is an intriguing prospect who is learning the position.