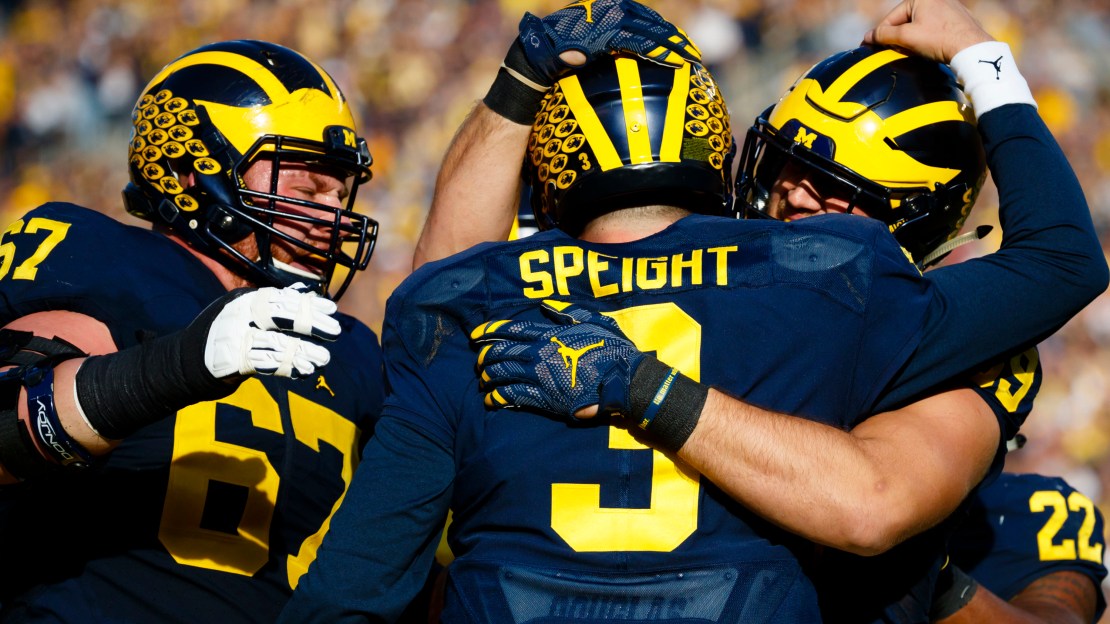 Is this the season Jim Harbaugh breaks through and delivers Michigan?s first Big Ten title since 2004? Perhaps. But Harbaugh has work to do, as many key pieces from last year?s 10-win team are gone.

No doubt, the 2017 season will be a year of transition for the program. A challenging schedule is another hurdle for Harbaugh, who has finished in third place in the Big Ten East in each of his first two seasons back at his alma mater.

Here is a look at the Wolverines 2017 schedule, which opens with three home games and sees Michigan leave campus just one time up through Oct. 14.

Toughest non-conference game: A season-opening game vs. Florida in Arlington, Texas, will be a great litmus test for a Michigan team that is in transition at several positions. Making this game more dangerous is the fact the Gators are getting better under Jim McElwain coming off an SEC East title. These storied programs have met three times, all in bowl games. And the Wolverines have won all three, including a 41-7 victory in the last encounter in the Buffalo Wild Wings Bowl after the 2015 season-Harbaugh?s first at Michigan. Cincinnati?s visit on Sept. 9 doesn?t figure to be too tough for Michigan, but let?s mention it because the Bearcats are coached by former Buckeye assistant and player Luke Fickell.

Toughest conference game: Trips to Penn State (Oct. 21) and Wisconsin (Nov. 18) will be big tests. But let?s go with the finale vs. Ohio State in ?The Game.? In case you didn?t know, Harbaugh is 0-2 vs. the Buckeyes. Last year?s 30-27 double OT win by OSU in Columbus was epic. Michigan has lost five in a row to Ohio State and 12 of 13. The last Wolverine triumph? In 2011 in Ann Arbor.

Who they don?t play: The Wolverines catch a bit of a break, missing Nebraska, Illinois, Northwestern and Iowa.

Easiest game: A visit from Rutgers on Oct. 28 should be a layup. The Wolverines have won the last two vs. the Scarlet Knights by an aggregate score of 127-16. Last year, Michigan won ? 78-0.

Toughest stretch: The season ends with a tough 1-2 punch, as Michigan plays at Wisconsin and then finishes at home vs. Ohio State. The Wolverines and Badgers have met just one time since 2010, with Michigan taking a 14-7 decision last year in Ann Arbor. The schools haven?t met in Madison since 2009, as Wisconsin took a 45-24 win. In fact, UW has won the last three vs. Michigan in Camp Randall Stadium, where the Wolverines last prevailed in 2001. The Buckeyes have dominated Michigan of late, going 14-2 in the last 16 meetings. The Wolverines? lone wins have come in 2003 and 2011.

Best chance to be upset: Michigan has won 21 in a row vs. Indiana, last losing in 1987 in Bloomington. Still, the Wolverines need to be careful when they play at Indiana on Oct. 14. The visit to Bloomington will be coming off what figures to be an emotional game vs. Michigan State. And Michigan may be looking ahead to a trip to Penn State the next week after playing the Hoosiers. Plus, IU has played the Wolverines tough of late, losing 20-10 last year and 48-41 in 2015. And who can forget the wild 63-47 game in 2013? Also, a visit from Air Force and its triple-option offense on Sept. 16 could prove to be troublesome. The Wolverines have won the two all-time meetings, the last coming in 2012.

Best chance to pull an upset: Michigan won?t be an underdog often. But it probably will be when it plays at Penn State on Oct. 21. The Wolverines have won the last three meetings vs. the Nittany Lions, including a 28-16 victory in Beaver Stadium in 2015. Penn State will be motivated to reverse the tide in this series, as it tries to defend its Big Ten title.

Must win: Michigan needs to take care of business at home if it wants to win the East Division. And that means dumping Michigan State on Oct. 7. Few rivalries are as intense. The Wolverines ended the Spartans? three-game winning streak in the series last year with a 32-23 triumph in East Lansing. Now, Michigan will try to beat MSU in Ann Arbor for the first time since 2012 in a series that has seen Michigan State go 7-2 in the last nine meetings.

Bye week: This comes on Sept. 30 after Michigan has played four games. Don?t be shocked if Michigan is 4-0. The time off will give the Wolverines extra prep time for a visit from Michigan State.