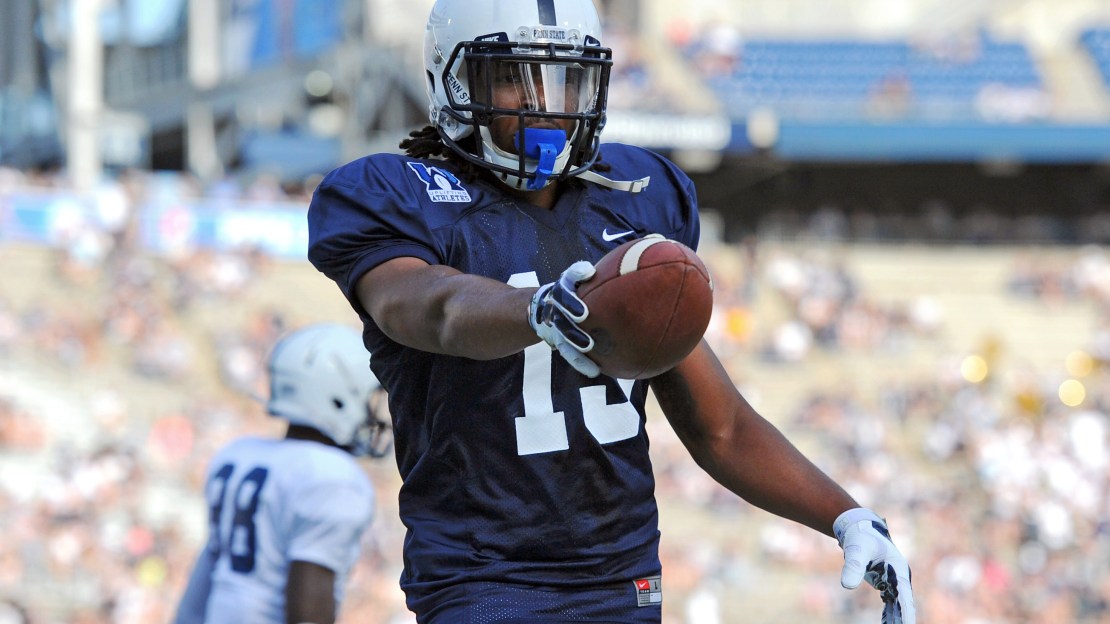 We've already ranked the conference's best running back groups and the best offensive lines, and now it's time to look at the best receiving units. Let?s take a look at the seven schools in the best shape at receiver and tight end.

1. Penn State. No doubt, Chris Godwin will be missed after he turned pro early. But there are some good targets for QB Trace McSorley in senior Saeed Blacknall, senior DaeSean Hamilton and sophomore Juwan Johnson, a spring star who looks ready for a breakout. And keep an eye on junior DeAndre Thompkins, sophomore Irvin Charles and junior Brandon Polk. Senior Mike Gesicki is a top tight end and sophomore Jon Holland is emerging.

2. Indiana. The Hoosiers annually have one of the most underrated sets of pass-catchers in the Big Ten. And this year is no different. Ricky Jones and Mitchell Paige are gone. But this year?s crop is led by junior Simmie Cobbs, who is coming off injury that basically wiped out his 2016. He is joined by seniors Nick Westbrook , Luke Timian and Donavan Hale. And QB Richard Lagow also has nice tight ends in seniors Ian Thomas and Danny Friend.

3. Ohio State. This group has been maligned in recent years, as playmakers who can get separation have been lacking. Noah Brown is gone, but the Buckeyes have some promising options in sophomore Binjimen Victor, sophomore K.J. Hill, sophomore Austin Mack and junior Terry McLaurin. And keep an eye on junior Johnnie Dixon. Senior Marcus Baugh is a good tight end. Bottom line: QB J.T. Barrett has some weapons.

4. Wisconsin. Robert Wheelwright is gone, but there is talent for QB Alex Hornibrook to throw to led by senior Jazz Peavy, the go-to guy who is poised for a big season. Senior George Rushing could be Peavy?s side kick. And keep an eye on sophomores A.J. Taylor and Quintez Cephus. Decorated incoming recruit Danny Davis could impact. And senior Troy Fumagalli may be the top tight end in the Big Ten. There is depth behind him.