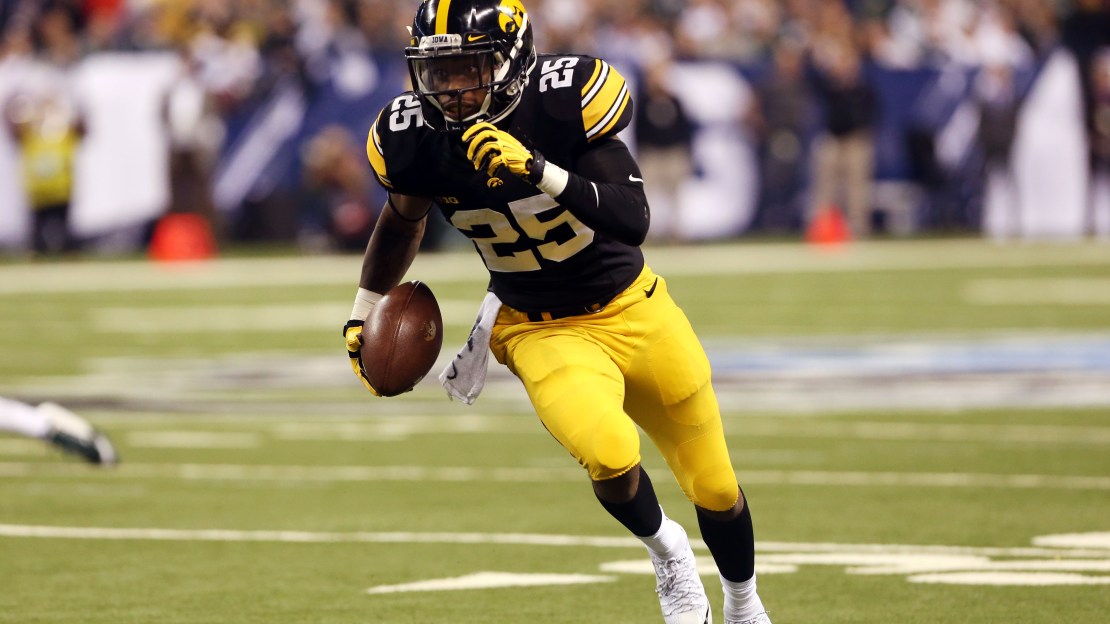 The beat goes on in Iowa City, where Kirk Ferentz is in his 19th season. This lengthy tenure is on the heels of Hayden Fry?s 20-year run. Add it up, and the Hawkeyes have had two coaches since 1979.

But there are some big changes for Iowa in 2017. There is a new play-caller, with ex-offensive line coach Brian Ferentz taking over for the retiring Greg Davis. And former OC Ken O?Keefe is back as quarterbacks coach, while Kelton Copeland is the new WR coach and Tim Polasek was hired to coach the o-line. And there are some big personnel holes to fill for Iowa if it wants to return to the summit of the West Division in 2017. Namely: Find a QB.

Bottom line: This shapes up as interesting season in Iowa City.

Toughest non-conference game: Per usual, there isn?t much heavy-lifting in the non-conference for the Hawkeyes. The trip to Iowa State on Sept. 9 is always emotion-charged. It?s an in-state rival ? throw out the records ? blah, blah, blah. The battle for Cy-Hawk is a blast, as fans from Council Bluffs to Keokuk get jacked up. Iowa has won the last two meetings and three of the last four in Ames. Tip of the hat to Wyoming, which opens the season in Iowa City and will bring with it one of the top quarterbacks in the nation in Josh Allen. He may be the No. 1 pick in the 2018 draft.

Toughest conference game: Lots to choose from with Penn State coming to Iowa City and trips to Northwestern, Wisconsin and Nebraska on the docket. But let?s go with the visit from Ohio State on Nov. 4. Iowa and OSU haven?t met since 2013. The Buckeyes are motivated after failing to win the Big Ten East each of the last two years. OSU has won the last five meetings. The Hawkeyes? last win? A 33-7 romp in Iowa City in 2004. Before that, Iowa hadn?t toppled the Buckeyes since 1991.

Who they don?t play: The cross-division gods aren?t smiling on Iowa, as the Hawkeyes don?t play Rutgers, Maryland, Indiana or Michigan. Ferentz?s team is gonna earn everything it gets this season.

Easiest game: A visit from North Texas on Sept. 16 should offer a respite, as it comes between a trip to Iowa State and visit from Penn State. North Texas-where Hayden Fry coached before getting the Iowa job–went 5-8 last season and has been to just two bowls since 2004.

Best chance to be upset: The Hawkeyes got shocked last year when they lost at home to FCS North Dakota State, so Iowa knows what it feels like to get pantsed. Iowa needs to be careful when Minnesota comes to Kinnick Stadium on Oct. 28 in a battle for the Floyd of Rosedale trophy. You know new Golden Gophers coach P.J. Fleck would love to knock off the Hawkeyes in his first edition of this iconic series. But know this: Minnesota hasn?t won in Iowa City since 1999 when Glen Mason was coach, losing the last seven visits.

Best chance to pull an upset: Iowa could be an underdog when it plays at Northwestern on Oct. 22, as the Wildcats have a veteran squad led by QB Clayton Thorson and RB Justin Jackson. By mid-October, the Hawkeyes should be settled at the quarterback spot, and the d-line and secondary should be developed, too. Iowa won the last time it visited Evanston in 2015.

Must win: There actually are two of them on the slate. If Iowa wants to make a run at the Big Ten West title, it needs to take care of business at home vs. Illinois on Oct. 7 and vs. Purdue on Nov. 18. The Hawkeyes are 8-1 in their last nine vs. the Illini. Illinois last won in Iowa City in 1999 when Ron Turner was coach. Iowa is 9-2 in its last 11 vs. the Boilermakers. Purdue is 2-7 in its last nine in Kinnick Stadium.

Bye week: This comes on Oct. 14, after the Hawkeyes have played six games. The timing is good, as Iowa can regroup for a rugged stretch run that includes games at Northwestern, vs. Minnesota, vs. Ohio State, at Wisconsin and at Nebraska.