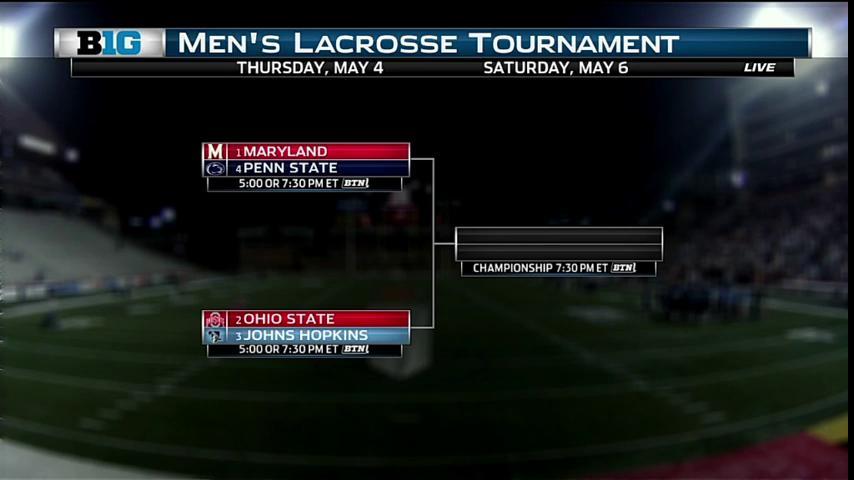 All three games of the 2017 Big Ten Men's Lacrosse Tournament in Columbus, Ohio air live on BTN TV and on BTN2Go.

Maryland and Ohio State each won their semifinal matchups and will face off in the title game. The full schedule with results is below and on BTN2Go.com.

Maryland clinched the outright Big Ten Championship last Saturday by beating Johns Hopkins 12-5. The top-seeded Terrapins then beat No. 4 Penn State in Thursday's first Big Ten Tournament semifinal 8-6. Second-seeded Ohio State beat No. 3 Johns Hopkins 15-13 in the second semifinal to finalize a matchup with the Terps in the final.

Johns Hopkins won the first Big Ten Tournament Championship in 2015 and Maryland won it in 2016.

Five Big Ten teams currently rank among the top 12 of the NCAA RPI. No. 1 Maryland leads the way, followed by No. 4 Penn State, No. 5 Johns Hopkins, No. 7 Ohio State and No. 12 Rutgers.