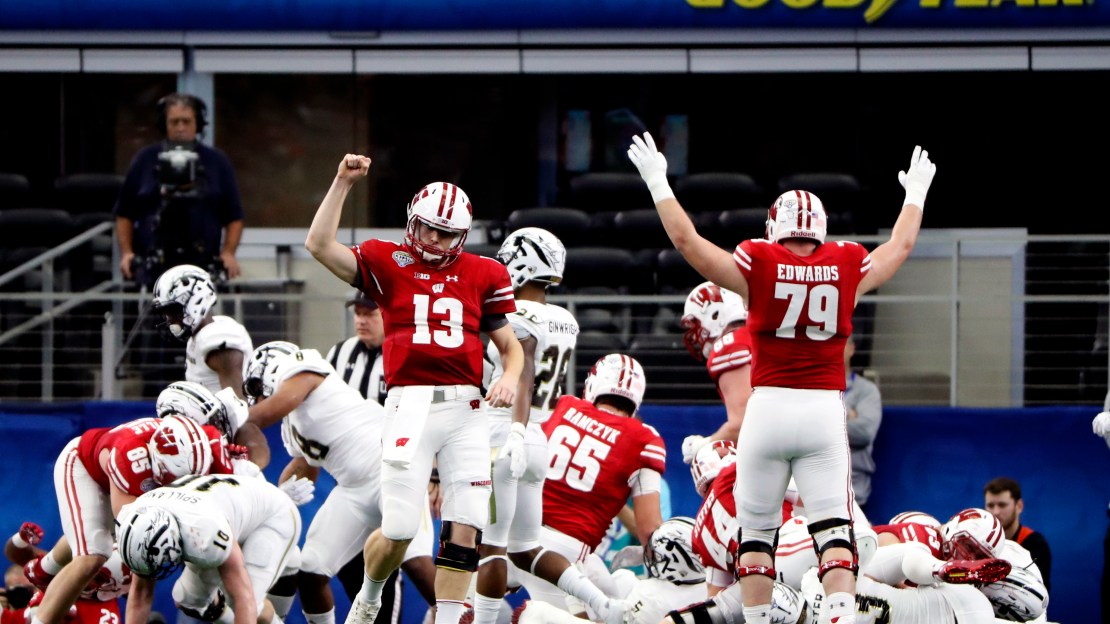 We've already ranked the conference's best running back groups, and today we'll rank the groups that open those running lanes and protect the quarterbacks. Let?s take a look at the seven schools in the best shape along the offensive line:

1. Wisconsin. The offensive line has been the face of this program since Barry Alvarez arrived in 1990. Even with stud left tackle Ryan Ramczyk off to the NFL, this year?s unit should live up to the lofty standards set in Madison. The line could shape up two ways, depending on if redshirt freshman center Tyler Biadasz is ready. If so, the front will have sophomore David Edwards at left tackle; junior Michael Deiter at left guard; junior Beau Benzschawel at right guard: junior Jacob Maxwell at right tackle. If Biadasz isn?t ready, the line probably would have Edwards at LT; sophomore Jon Dietzen at LG; Deiter at center; Benzschawel at RG; Maxwell at RT. This group will block for nice backs in sophomore Bradrick Shaw, junior Taiwan Deal and Pitt transfer Chris James.

2. Iowa. Kirk Ferentz knows the value of a good front. And this year?s group looks formidable, as four starters are back. The only loss was right tackle Cole Croston. Senior right guard Sean Welsh is an anchor and junior center James Daniels is a stud. Senior Boone Myers is at left tackle with senior Ike Boettger at right tackle. Junior Keegan Render could be the left guard. Running backs Akrum Wadley, Toks Akinribade and Toren Young will enjoy running behind these guys.

5. Northwestern. This group didn?t live up to expectations on occasion in recent seasons. But the unit is coming on and should excel in 2017 blocking for stud senior running back Justin Jackson. Junior Blake Hance is a veteran left tackle. Redshirt freshman Gunnar Vogel could be the right tackle. Junior J.B. Butler (left) and junior Tommy Doles (right) are the guards. Senior Brad North is a savvy center.

6. Minnesota. This unit was ravaged by injuries in the spring. But, it should be good in the fall blocking for junior backs Rodney Smith and Shannon Brooks. The only key cog gone is mammoth tackle Jonah Pirsig. Junior Donnell Greene is slotted at left tackle with senior Garrison Wright at right tackle. Junior Jared Weyler is at left guard with senior Vincent Calhoun at right guard. Redshirt freshman Conner Olson is the center.

7. Michigan. This front has something to prove, but the potential is outstanding. The unit could line up with senior Mason Cole back at left tackle after he played center last year. He is the stud. Sophomore Ben Bredeson is the left guard with senior Patrick Kugler at center. Sophomore Michael Onwenu is penciled in at right guard with junior Jon Runyan, Jr. at right tackle. Keep an eye on redshirt freshman center Cesar Ruiz and junior Juwann Bushell-Beatty at right tackle. And redshirt freshman Stephen Spanellis could make a run for a guard spot.