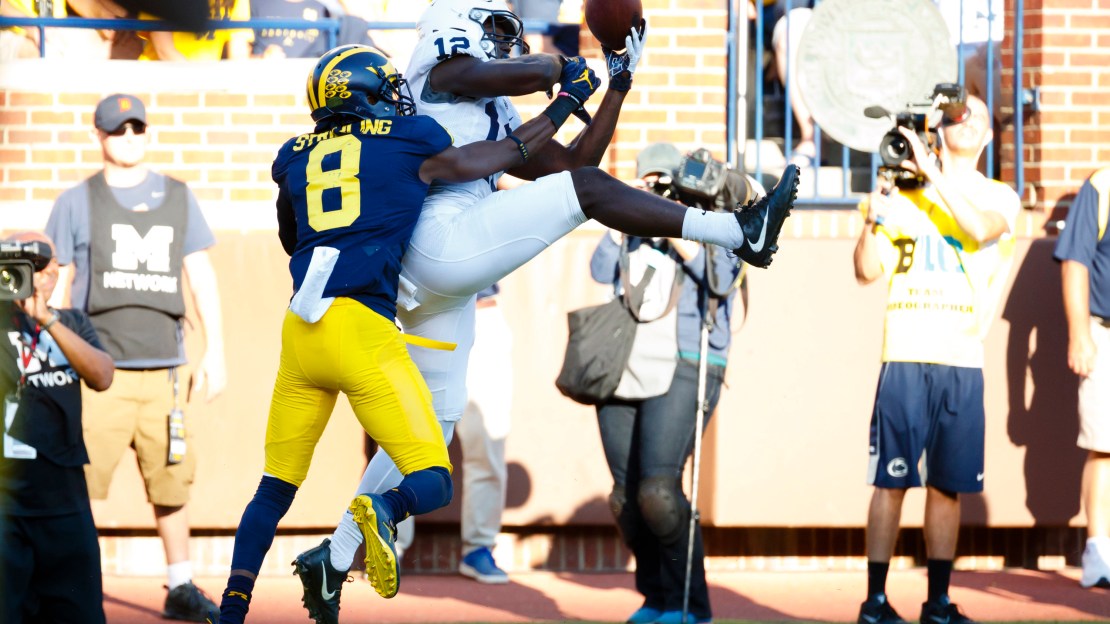 Proud of you bro @jhardee_19 I know how hard you done worked. Congrats my dude??? #Texans

Can confirm @BobAsmussen's report. #illini QB Wes Lunt has signed with the Vikings.

Carroll Phillips is joining Smoot in Jacksonville. He's signed with the Jaguars.#Illini

Congratulations to Dimitric Camiel for signing with the Houston Texans!!! Very proud of you. #LEO pic.twitter.com/SncAbxwkrC

Blessed to have this wonderful opportunity, I cannot wait to make the most of it! #FlyEaglesFly ?

Extremely excited and blessed for the opportunity the @Patriots have given me! Ready to get to work!

All I need is one shot and I'm thankful the @Patriots are giving me that opportunity ??

Iowa cornerback Greg Mabin is signing with the Bucs as an undrafted rookie free agent, per his agent. Now at 11 UDFAs for Bucs …

Congrats to @LevernJacobs for signing with the @Redskins – excited to see you bring it! #imgdraftprep #NFLDraft pic.twitter.com/zSaRPhPVzO

Happy to say I will be joining the @Ravens as a punter. So thankful for this opportunity and I can't wait to get to work.

Very excited to announce I've agreed to terms with @HoustonTexans…I'm ready to get to work and compete!

Proud to announce I have agreed to terms with the @49ers ! Excited to get there and get to work!

Excited for the opportunity with the Tampa Bay Buccaneers!! Can't wait to get down there and prove myself day in and day out! #GoBucs #Next

GOD IS GOOD! I'm headed to Cincinnati to put my mark on the Bengals organization. #whodeynation? https://t.co/CKoQE62rHM

When you put everything in Gods hands he will never let you down! Excited for my opportunity with the Bengals! Lets get to work! #WhoDey

Thankful for an opportunity with the @Bengals . Coming to hang out with @DDennard21 again ?

Super excited to be a member of the Minnesota Viking!!! ??? Ready to go to work!!! Thankful to be in the NFL #Blessed

@Vikings thank you for the opportunity! Can't wait to get to work!

#HatsOff to #Gophers safety Damarius Travis who tweeted he is headed to New England! pic.twitter.com/Q1imfYbhCp

Closed a door today and opened another one!!!! Thank you for the opportunity @Vikings !!! Work isn't done yet!!!

Very blessed to be a part of the @Bengals organization. Ready to get to work #WhoDey

Minnesota it is !thankful for the opportunity to live out my dream @Vikings

How blessed am I that my God is letting me get another shot at doing what I love most. Thanks to the @Vikings for giving me a tryout!

The Big Ten Receiver of the Year @ayeseeme has signed with the @Patriots. #B1GCats pic.twitter.com/v0VHqveQDT

Congrats to Joseph Jones for signing with the @dallascowboys! #B1GCats pic.twitter.com/qv6BGtusGQ

More good news and congratulations to @OhioStateFB LB @cfada29, a free agent signee this evening with the Houston Texans. pic.twitter.com/pdmkgJm14r

Excited for the opportunity to sign with the @Eagles! Looking forward to getting to Philadelphia to compete and learn! #FlyEaglesFly

Couldn't be prouder of Garrett Sickles who'll be flying off the edge for the Indianapolis Colts. pic.twitter.com/kxpbRzFqpO

What a dream! Thank you @Patriots for the opportunity! ??? Best day of my life ! #PatsNation #GoPatriots

Grateful for the opportunity!!!

Thank god for the opportunity ?????? pic.twitter.com/gBgZY078GZ

Happy to announce that I will be signing with the Arizona Cardinals! Thanks for the opportunity! Time to go to work!!!

Congrats to @dreezy10 signing with the Los Angeles Chargers as a UDFA. Good luck in the NFL. Represent for #RFootball. pic.twitter.com/8uze7U000H

Thankful for the opportunity to be back home and play , Fly eagles Fly ?!

Former #Badgers quarterback Bart Houston will get a tryout with the Oakland Raiders.

Houston, you have another Badger

Congrats to our captain Dare Ogunbowale on signing on the @HoustonTexans. #OnWisconsin pic.twitter.com/gJFAotCxmZ