How Michigan's been going blue for 200 years: BTN LiveBIG 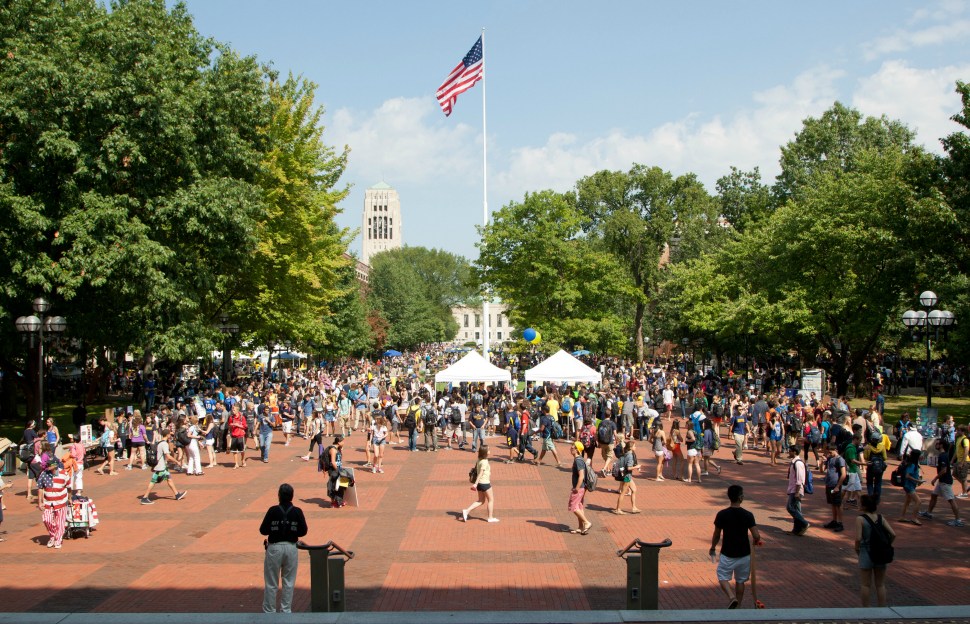 A 3D-printed treatment for tracheobronchomalacia, a life-threatening condition for infants

And an alumni group on the moon, courtesy of Apollo 15.

These are just a few of the contributions the University of Michigan has made to the world over its 200 years.

As part of its bicentennial celebration, Michigan is highlighting the people who make the university
, what it is and who prepare it for the future. They?re also looking at some of its notable accomplishments in science, civil rights, culture and education.

The University of Michigan started with an enrollment of six people and featured two professors. It now enrolls upwards of 63,000 students with 6,200 faculty members and tens of thousands of employees.

Its bicentennial website is the deepest rabbit hole this side of Wikipedia. In addition to events – including three upcoming festivals – and updates on its celebration, the site also features well-known professors and alums along with staff stories that speak less to the world outside Ann Arbor and more about the environment they created on campus.

There?s also an updated encyclopedia on Michigan and links to some of the more quirky aspects of the university?s history, like a kissing ban.

Here?s a selection of quotes that highlight Michigan?s dedication to excellence in the last two centuries:

"If we?re going to succeed and continue to lead the world, we need to be prepared. And I think of the University of Michigan as being central to that preparation." – Cecilia Munoz; Domestic Policy Advisor, Obama White House

"The first time crossing that line into coming into the United States, they truly made me feel that everything was OK and that I could get in and I accomplish whatever I wanted to." – Dr. Antonia Novello; 14th Surgeon General of the United States

"Michigan allowed me to be somebody who I don?t think I would have been without it. While I was educated to be a scholar, the people supported the part of me which was an activist." – Alan Guskin; President Emeritus, Antioch University

"From any objective measure of success, Michigan has more successful graduates than any other institution of higher learning." CEO, Activision Blizzard

For more on the work Michigan is doing in science, philanthropy and the arts, click here.