The 2017 NFL Draft may have a Michigan flavor 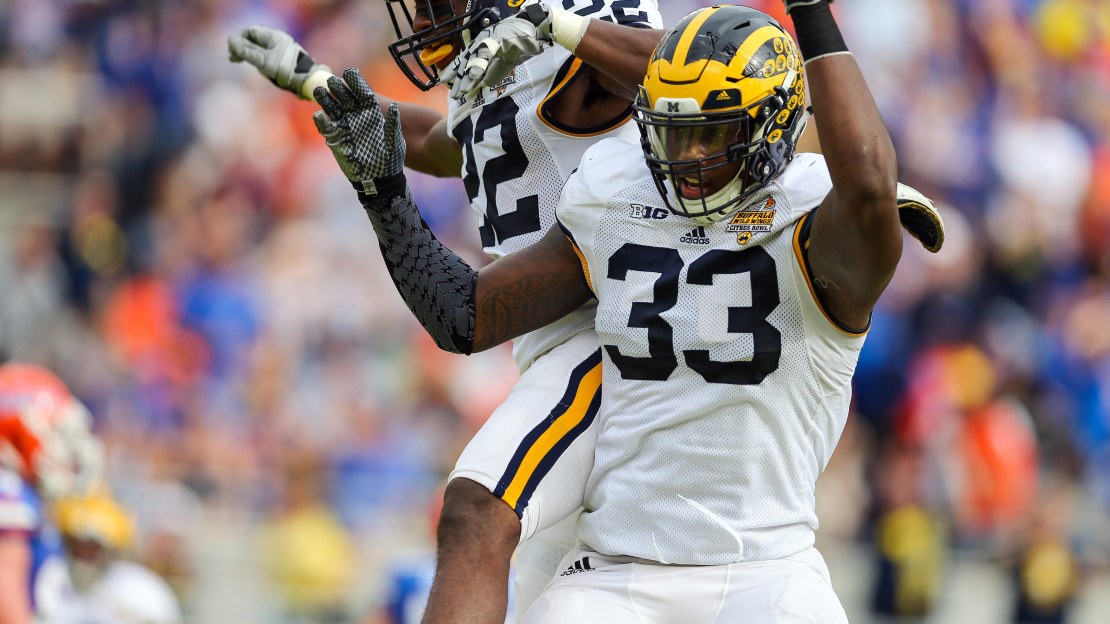 When it came to Big Ten schools, the 2016 NFL draft was all about Ohio State. But this year?s draft, which kicks off tonight in Philadelphia, could be an event dominated by Michigan.

The 2017 draft could be a blockbuster event for Michigan, which may have over 10 players selected. You have to go back to 1974 to find the last time the Wolverines had 10 picks; they also had 10 selections in 1972. Who knows? Michigan may have more than 10 picks in the 2017 draft. The Wolverines have 17 players among CBSSports.com?s Top 50 Big Ten players in their ?stacked? draft board.

No other Big Ten team comes close to matching that total. Looks like ex-Michigan coach Brady Hoke did a pretty job recruiting.

Last year, Ohio State had 12 selections. And the OSU 2016 draft class was highlighted by five first-round picks, headed by defensive end Joey Bosa and running back Ezekiel Elliott. Bosa went on to win NFL Defensive Rookie of the Year honors with the Chargers. Elliott was the NFL Rookie of the Year and an All-Pro pick for the Cowboys after leading the NFL in rushing. It?s hard to fathom that the Buckeyes didn?t win the Big Ten in 2015 with all of that talent. Nonetheless, the professional talent that matriculates from Columbus, Ohio, is impressive.

Leading the way among the 2017 Wolverine draft prospects is do-it-all Jabrill Peppers, who played myriad positions in Ann Arbor but figures to settle at strong safety in the NFL. Peppers-the No. 2 SS in the draft according to CBSSports.com-could go in the later stages of the first round.

Peppers, who came out a year early, may not be the lone Wolverine to go in the first round. Defensive tackle Taco Charlton also is projected by many to go in Round One. The last time Michigan had two first-round selections was 2005 when WR Braylon Edwards (No. 3 Browns) and Marlin Jackson (No. 29 Colts) went in Round One.

Bottom line: This could be an amazing draft haul for Michigan.