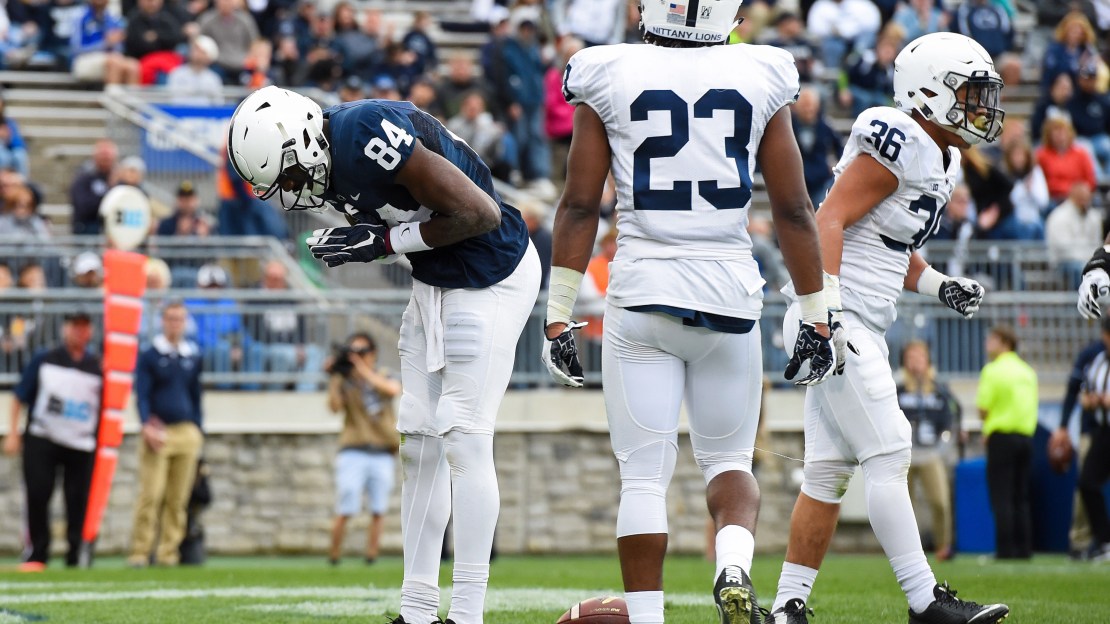 What will Penn State do for an encore coming off a surprising Big Ten title? The Nittany Lions could repeat, as most of the key cogs from last season are back led by QB Trace McSorley and RB Saquon Barkley on offense, along with an improving line. The defense should continue to improve for one of the most exciting and upwardly mobile programs in America. But some defensive ends need to emerge and the linebacking unit must develop.

1. Penn State has a good situation at quarterback. Trace McSorley is the unquestioned starter coming off a sensational season. Is he the top signal-caller in the Big Ten? Perhaps. Backup Tommy Stevens showed he knows how to move the offense during the spring game. He hit 17-of-24 passes for 216 yards and three touchdowns after taking over for McSorley. Stevens may not be as athletic as McSorley, but he?s also a bit nifty and has a nice arm, touch and command of the offense. Remember: Stevens almost won the job last year.

2. The linebackers look good. The position is an area to watch as Penn State moves into the offseason. But Cam Brown looked very good in the spring game. He had seven tackles, five solo, and was all over the field. Brown is a good athlete who can cover a lot of ground. This could be a breakout season for him. Koa Farmer also impressed, as the former safety is quick on the edge. Jarvis Miller is another ex-safety who was active on Saturday with seven tackles and a sack. This could be a nice unit headlined by veteran leader Jason Cabinda.

3. Wideout Juwan Johnson looks primed to be a star. No player on campus has created as much buzz this spring as the 6-4 Johnson. And he finished the spring with a bang, making seven receptions for 81 yards and a touchdown in the spring game. With Chris Godwin gone a year early for the NFL, the emergence of Johnson is perfect timing. He could be a real weapon in the red zone with his rangy frame.

4. There is potential at defensive end. And, that?s a good thing with Garrett Sickels and Evan Schwan both gone. The Nittany Lions need some pass rushers. Who impressed? Shane Simmons and Shaka Toney are players to keep an eye on. They could be good. But most insiders think Shareef Miller and Torrence Brown will be the starters in the opener. Another player to watch is Ryan Buchholz.

5. The secondary will be OK. It was a blow when corner John Reid injured his knee, causing him to be out indefinitely. He may be the top corner in the league. Is there an adequate replacement? Five-star freshman Lamont Wade assuaged some of those fears with a nice spring after enrolling early. He may have a role at a corner spot that also has talent like Grant Haley, Christian Campbell and Amani Oruwariye. Plenty of good cornerback options for this rising program.