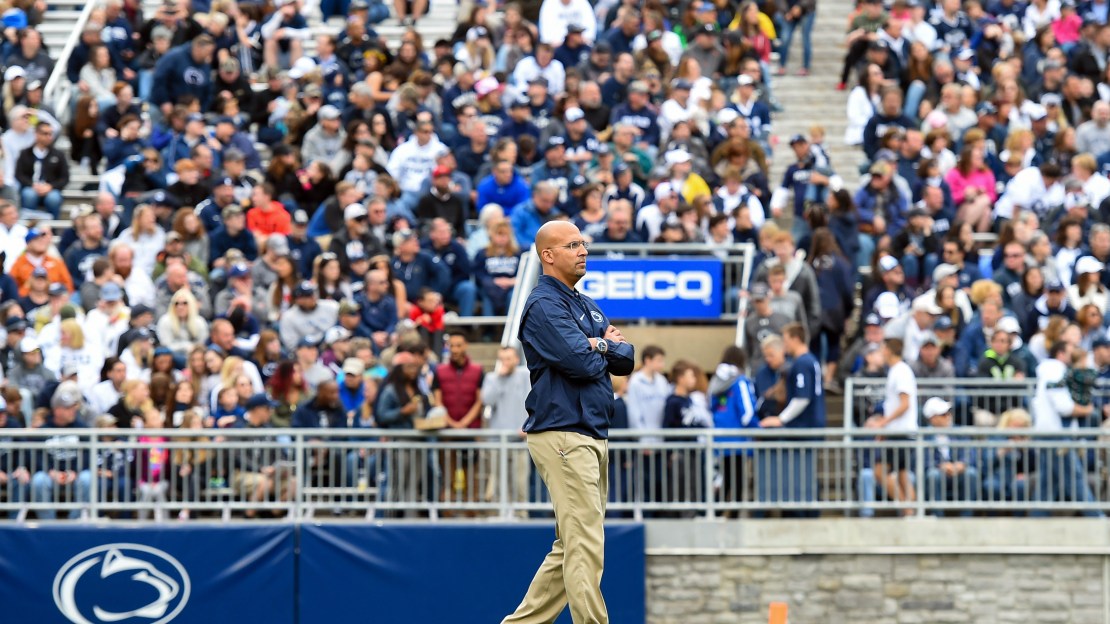 "We're never going to talk about this Big Ten championship again," Franklin said after the team's annual intra-squad scrimmage. "We enjoyed it. We appreciated it. It was awesome. A lot of hard work went into it. Once they get the rings and walk out of the building, we're fully on to 2017 and we're not discussing those things again."

But certain elements from that 11-3 run will keep coming up as Penn State heads into the offseason.

As he did for 13 spring practices, defensive coordinator Brent Pry will continue to point to leaky defensive performances early in games to motivate a group that must replace both starting ends, a playmaking linebacker and the unit's most versatile player, cornerback John Reid, who suffered a potentially season-ending knee injury earlier this month.

Penn State was outscored 223-194 in the first half last season and its offense was forced to play from behind in seven games including the Big Ten championship and the Rose Bowl. Behind one of the nation's most explosive offenses, Penn State won all but two of those games and both losses – to Pittsburgh and USC – turned into shootouts.

"It came down to execution more than anything," Pry said. "Getting our focus early on, matching the speed and the mindset of the offense a little bit. So I think we've made some progress there. We're not where we need to be, but we won't know until that first ballgame. We've got to come out a little bit better."

This coming season, Pry would like his defense to offer more support early. It's why he emphasized intense, physical starts to every practice and scrimmage Penn State held this spring.

"He'll snap on you. He'll call you out," linebacker Koa Farmer said of Pry. "I think that's good. This is football. It has to be aggressive. It has to be physical."

A host of young players who spent the spring competing for spots on the depth chart will try to carry that into the fall.

Veteran linebacker Jason Cabinda and safety Marcus Allen joined star running back Saquon Barkley on the sidelines for most of spring to avoid unnecessary contact, and none of them played in Saturday's scrimmage. Instead, Penn State rotated a bunch of first- and second-year players who Pry believes will soon crack the lineup.

"We want to play a lot of guys," Pry said. "I think that's key for us. It's been a key up front certainly. Just like last year at linebacker, I think you've got to prepare a big group of guys to be ready to go."

As injuries mounted the last two seasons, Penn State got a chance to see some of its greenest prospects in action when forced to play them in emergency roles. With the team down all three of its starting linebackers last season, Pry leaned heavily on underclassmen Manny Bowen and Cam Brown, both of whom have a good shot to flank Cabinda as starters on opening day. Cabinda found himself in a similar situation three seasons ago and has flourished.

"Experience is invaluable," Pry said. "We've played freshmen at linebacker every year starting with Cabinda. I think you see a very mature football player last year as a third-year player. A guy that in some programs would be a redshirt sophomore is out there as a true junior and he's a proven vet already. That's kind of the value in it I see."