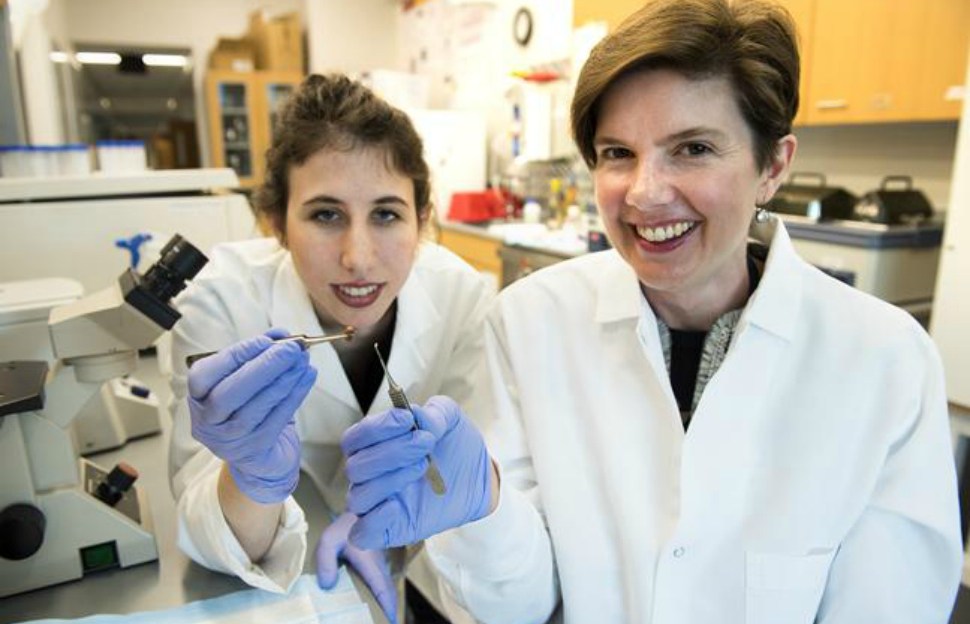 A heart attack occurs when one or more of the coronary arteries feeding oxygen-rich blood to the heart muscle become blocked, cutting off the supply and leading to severe pain, tissue death and possible loss of life. Heart attack victims are left with varying degrees of damage to the muscle, and that damage can lead to complications and impaired function down the road.

A new heart patch, though, aims to reverse a large portion of the damage heart attacks leave behind. Developed by a team led by University of Minnesota biomedical engineers, the patch is made from heart stem cells and has been found to be effective in helping heal scar tissue and regrowing healthy heart muscle.

"This is a significant step forward in treating the No. 1 cause of death in the U.S.," said Brenda Ogle, an associate professor of biomedical engineering at the University of Minnesota, speaking with university's news service. "We feel that we could scale this up to repair hearts of larger animals and possibly even humans within the next several years."

Created using laser-based 3D printing, the patch is a matrix of human heart stem cells and proteins that fully integrates into the heart. When tested on a mouse heart after a simulated heart attack, the patch helped to speed recovery and function in just four weeks.

While the breakthrough is still in its earliest phases of testing, the team, which includes the University of Wisconsin-Madison, is hoping to scale up the project in the near future. Ogle envisions the rollout of a human-ready version of the patch could happen in as little as four years.

Below is a video of the patch cells beating