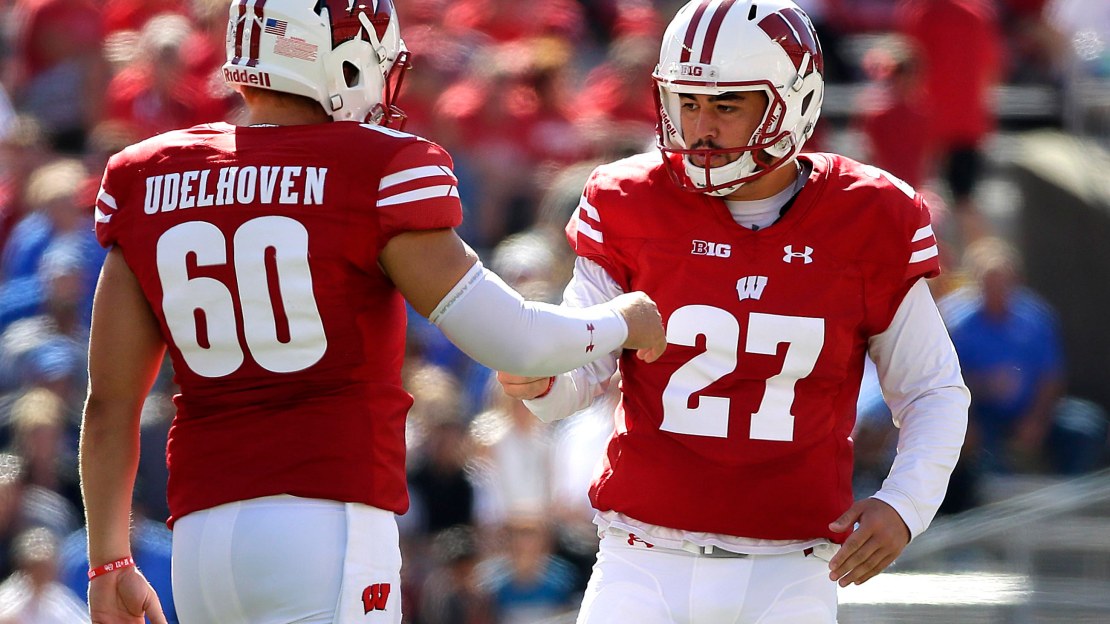 Paul Chryst and Wisconsin are looking to defend their Big Ten West title. But there is work to do. A new dynamic: Chryst will be on his third defensive coordinator in three years, as he promoted defensive backs coach Jim Leonhard to take over what has been one of the top defenses in the nation in recent years. Another big hole is at running back with Corey Clement gone.

Fans got one last look at Wisconsin before August camp in the spring game held Friday night.

1. There is some depth at quarterback. Projected starter Alex Hornibrook sat out the spring game, as Kare? Lyles and Jack Coan showed their stuff. And, they had their moments. Coan hit 10-of-17 passes for 121 yards with a TD and a pick. Lyles hit 2-of-6 passes for 16 yards. Neither was able to sustain long drives and had some issues scoring. Still, Paul Chryst was happy with the work of the backups.

2. There is plenty of talent at linebacker. Top-shelf players like T.J. Edwards, Ryan Connelly, Chris Orr and Jack Cichy were out in the spring or limited. That allowed some young players to get work. And, the depth is solid for a key position that lost stalwarts in T.J. Watt and Vince Biegel. Guys like Garrett Dooley, Zack Baun, Leon Jacobs and Andrew Van Ginkel are good options to go along with the aforementioned players.

3. The running backs look good. Taiwan Deal was out in the spring getting over an ankle issue. Chris James is an intriguing option. He sat out last year after transferring from Pitt. He has looked good in the spring and may be the No. 1 option. James is a tough, physical back with some speed. Keep an eye on him. And don?t forget about Bradrick Shaw, who is coming on. Still, all three of these guys will play in the fall. And there are some nice escorts, too, in fullbacks Austin Ramesh (who has been out) and Alec Ingold.

4. Kicker Rafael Gaglianone is looking good. He missed 11 games in 2016 due to a back injury. But he was banging the ball on Friday night in Madison. Gaglianone hit 2-of-3 field-goal attempts with a long of 42 yards. Welcome back, big fella!

5. The offensive line is shaping up. Projected starters in left guard Jon Dietzen and right tackle Jacob Maxwell missed the spring while getting over offseason surgery. In their absence, some young guys had a chance to impress ? and did. Center Tyler Biadasz and right tackle Patrick Kasl showed they can fill out the depth chart and play if needed. How could this unit look in the fall? It may lineup thusly: LT David Edwards; LG Dietzen; C Michael Deiter; RG Beau Benzschawel; RT Maxwell. Not bad.