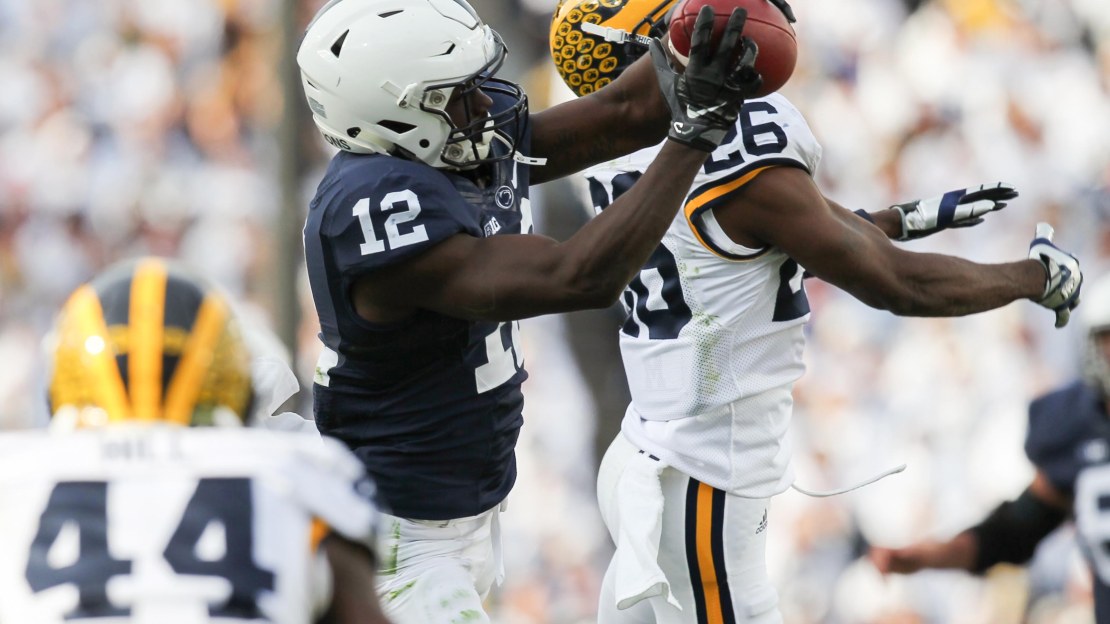 Penn State has had a steady pipeline of talent flowing to the NFL over the years, and the Nittany Lions figure to send at least a couple more players to the League in 2017 via the upcoming draft.

The first Nittany Lion to hear his name called in the draft figures to be wideout Chris Godwin, who turned pro a year early. He is projected by most to be a second-round selection. Defensive end Garrett Sickels, also an early entry, and linebacker Brandon Bell could be late-round picks. The other Nittany Lions may be undrafted free agents: DE Evan Schwan, C Brian Gaia, SS Malik Golden and LB Nyeem Wartman-White.

Below are some clips of Godwin and Sickels. Draft projections are courtesy of cbssports.com:

Chris Godwin – WR: Tampa Bay Buccaneers (Rd. 3, No. 84 overall)
Background: Godwin was one of the Big Ten?s most prolific scorers, racking up 18 receiving touchdowns in three seasons at wideout. And you can bet he won?t be afraid of the big stage at the next level. His play in the postseason was remarkable, as he hauled in a combined 22 catches for 460 yards and three touchdowns in three career bowl games for the Nittany Lions.