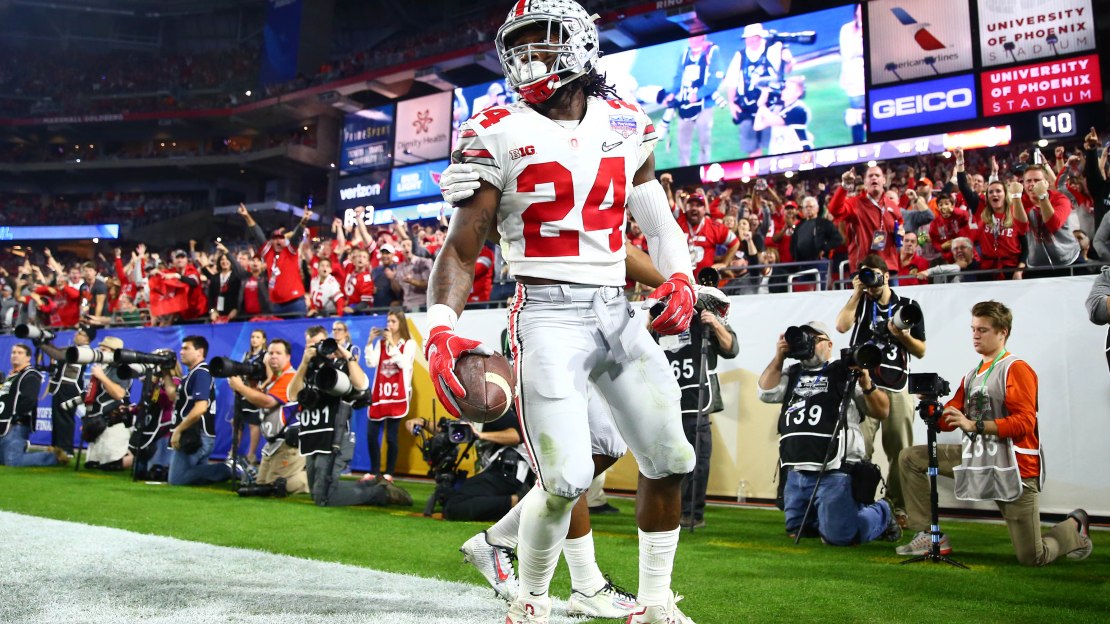 Last year?s Ohio State draft haul was one of the best in the history of the event, as the Buckeyes had 12 picks. And the Buckeyes set a record by having 10 players tabbed in the first three rounds.

The OSU 2016 draft class was highlighted by five first-round picks, headed by defensive end Joey Bosa and running back Ezekiel Elliott. Bosa went on to win NFL Defensive Rookie of the Year honors with the Chargers. Elliott was the NFL Rookie of the Year and an All-Pro pick for the Cowboys after leading the NFL in rushing. It?s hard to fathom that the Buckeyes didn?t win the Big Ten in 2015 with all of that talent. Nonetheless, the professional talent that matriculates from Columbus is impressive. And that array of talent will grow when this year?s draft is conducted April 27-29 in Philadelphia.

Defensive players have dominated the last 10 drafts for OSU, as three of the top four positions picked most often have been: 1. linebackers (12); 2. defensive backs (11); 4. defensive linemen (8).

The Buckeyes have three players who are projected to be first-round picks-all from the secondary: CB Marshon Lattimore, FS Malik Hooker and CB Gareon Conley. WR Curtis Samuel, LB Raekwon McMillan and Pat Elflein could be second-rounders. And WR Noah Brown projects as a fifth-rounder by most. P Cameron Johnston, RB Brionte Dunn, WR Dontre Wilson and WR Corey Smith may be later-rounders.

Here is a look at how Ohio State has fared in the last 10 NFL drafts.