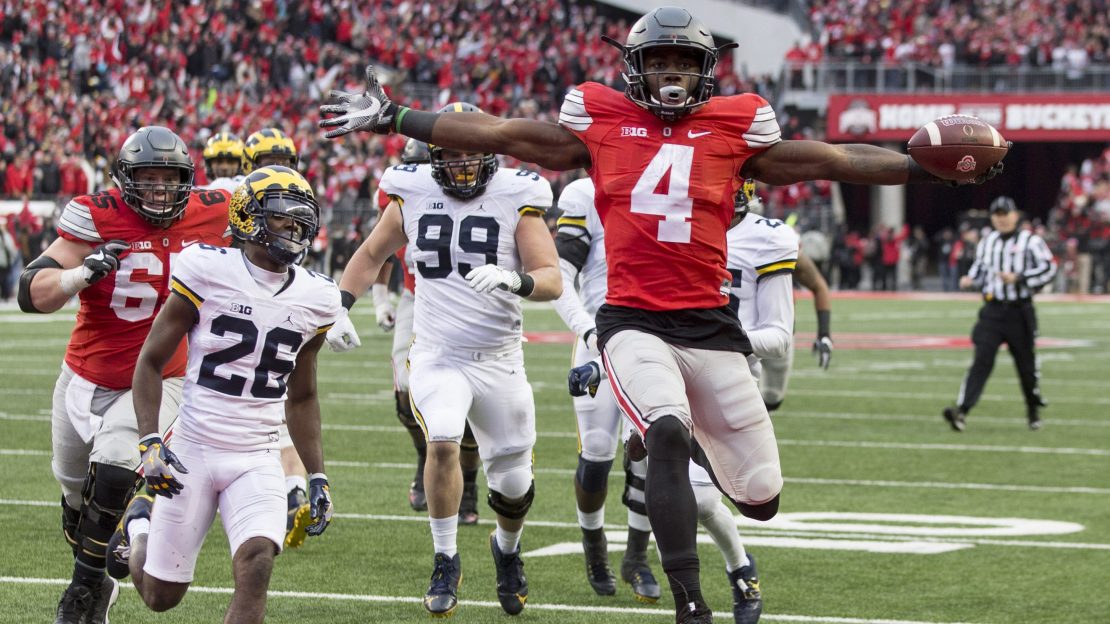 Last year, Ohio State set an NFL Draft record by claiming 10 draftees through the first three rounds. The Buckeyes weren't able to repeat that feat in 2017, but Urban Meyer is still sending a healthy crop of talent to the next level with seven players selected this past weekend.

Watch some of Ohio State's NFL Draft prospects' video resumes below, complete with the order they were selected.

Malik Hooker – S: Drafted No. 15 by Indianapolis Colts
Background: Next-level athleticism, seven picks, 74 tackles and first-team All-American honors in 2016 were all enough to push Hooker near the top of draft boards in 2017. Teammates Marshon Lattimore and Gareon Conley might come off the board before him, but don?t be surprised if Hooker is a Top 15 pick.

Curtis Samuel – WR/RB: Drafted in Rd. 2, No. 40 overall by Carolina Panthers
Background: Samuel is an all-purpose weapon who showed off his skills at receiver, H-back and at returner with explosive effectiveness. He led the Buckeyes with 15 total TDs and was a first-team All-Big Ten selection.

Raekwon McMillan – LB Drafted in Rd. 2, No. 54 overall by Miami Dolphins
Background: Second-team All-American and first-team All-Big Ten honors as a junior were enough to convince McMillan and scouts that the Buckeye linebacker was ready for a leap to the NFL.

Pat Elflein – OL Drafted in Rd. 3, No. 70 overall by Minnesota Vikings
Background: The 3-time first-team All-Big Ten selection was an anchor for the Buckeyes, and projects to be the first center selected in the draft.

Noah Brown – WR Drafted in Rd. 7, No. 239 overall by Dallas Cowboys
Background: Brown is another redshirt sophomore who left early, and his potential is off the charts. The promise he showed in Ohio State?s win over Oklahoma is what NFL teams will be looking for when they eye him in the middle rounds.