Dienhart: One big thing to watch during all five weekend spring football games 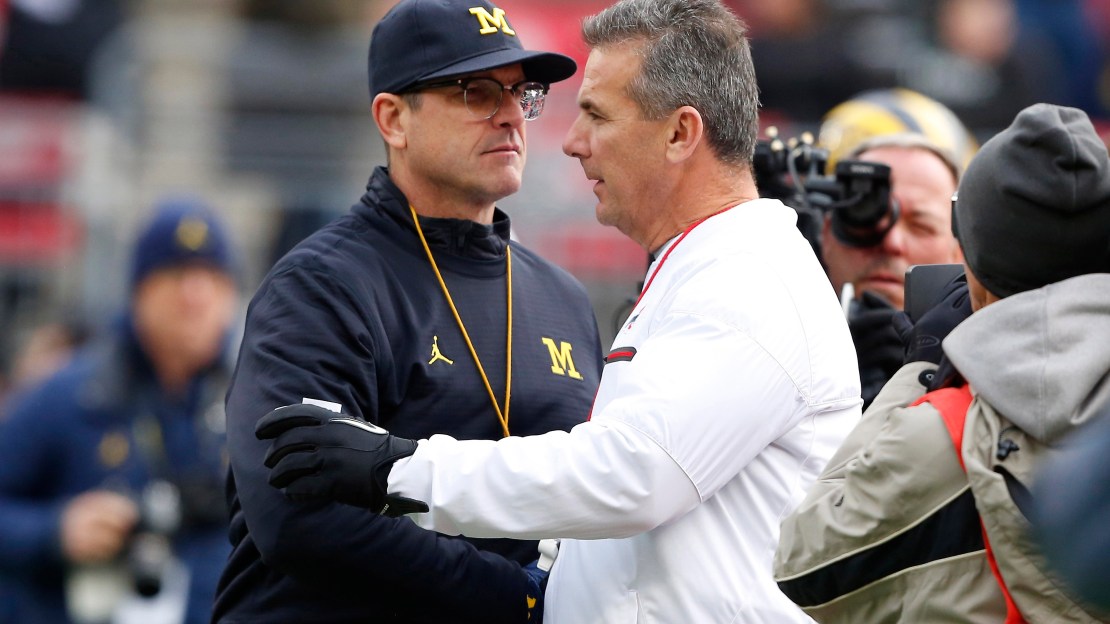 It?s a big Saturday for spring football, with Ohio State, Michigan, Nebraska and Minnesota all having games. And Indiana will play its game Thursday at 7 p.m. ET.

Here is one big thing to watch from each game.

1. How does the Buckeye offense look? [Click here to watch the scrimmage on BTN2Go] Urban Meyer has flipped his staff, with former coordinators Ed Warinner (Minnesota) and Tim Beck (Texas) gone. Meyer went out and landed former Indiana head coach Kevin Wilson in what could end up being a genius hire. His playbook mimics many of the offensive principles that Meyer likes in a power-spread attack. Meyer also brought in Ryan Day from the NFL as co-OC and quarterbacks coach. And Greg Schiano will be the lone defensive coordinator this season after Luke Fickell left to become head coach of Cincinnati. New to the defensive staff: LB coach Bill Davis, who coached in the NFL from 1992-2015. Chemistry will be key for a program that has come up short each of the last two years.

2. Keep an eye on the Indiana offense. [Click here to watch the scrimmage on BTN2Go] Tom Allen has taken over for Kevin Wilson, who shockingly stepped down at the end of the 2016 season. Allen has spent just one season in Bloomington, serving as defensive coordinator last year under Wilson. Now, he?s running the show as a first-time college head coach and will retain his coordinator duties. But he has altered the offensive staff. In fact, all five offensive assistants are new: coordinator Mike DeBord; passing game coordinator/receivers coach Grant Heard; run game coordinator/line coach Darren Hiller; running backs Mike Hart; quarterbacks Nick Sheridan). The attack has been tweaked, but there are many new voices running an offense that had been the face of the program under Wilson. Will not having the magic of Wilson cause this offense to take a step back?

3. How do the quarterbacks look at Minnesota? [Click here to watch the scrimmage on BTN2Go] Mitch Leidner must be replaced. Senior Conor Rhoda and sophomore Demry Croft are the vets with good shots to win the post. Keep an eye on true freshmen Tanner Morgan, who already is enrolled and may be the future at the position. Whoever wins the job would benefit from more dynamic play from the receivers. The past few seasons, Minnesota has lacked a lot of game-breaking ability on the edge. In addition to QB play, the P.J. Fleck regime must adept and mesh with their new players. Will everyone buy-in to Fleck and the new staff for a program coming off a nine-win season?

4. What?s up with the Michigan defensive line? [Click here to watch the scrimmage on BTN2Go]  The unit lost a lot of key players, including projected first-round pick Taco Charlton and Chris Wormley. But there is talent looming. Is Rashan Gary ready to blossom after arriving as the nation?s No. 1 recruit last year? He showed flashes last season. No one doubts his tremendous physical skills, but can he play with more intensity and consistency and get a push off the edge? And keep an eye on tackle Maurice Hurst, who almost turned pro. The big fella will move into a major role this season and must deliver as an effective run-stuffer on the interior.

5. What?s up with the defense in Nebraska? [Click here to watch the scrimmage on BTN2Go] Big changes in Lincoln, with new coordinator Bob Diaco on board. He arrived from a failed run as head coach of UConn, but the guy knows defense. Go back and look at some of his units at Notre Dame under Brian Kelly. Diaco has ditched the Huskers? 4-3 and installed a 3-4. The new alignment is a better fit for the personnel on campus, as there aren?t many legit primo 4-3 defensive ends but there are a number of good prospects to play outside linebacker. Plus, the 3-4 will give Nebraska some flexibility in dealing with multi-faceted offenses. And keep an eye on the secondary, an area of specialty for Diaco. Sage Bob Elliott was a nice addition and will make this defense even better as safeties coach. In fact, Elliott-a 38-year veteran–may be the most underrated assistant coach hire in the Big Ten this offseason.