Dienhart: Michigan State is Big Ten favorite with Bridges back 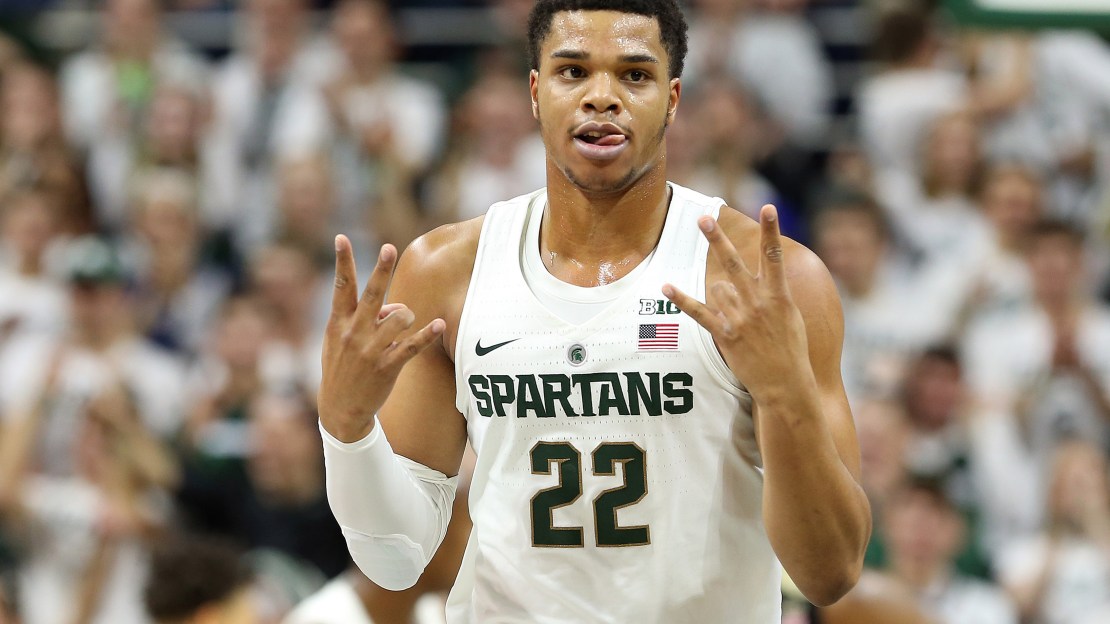 Miles Bridges isn?t technically a recruit, but he is biggest talent Michigan State landed this spring when he announced Thursday he would return for his sophomore season.

Even had Bridges bolted to the NBA after a sensational debut that saw him win Big Ten Freshman of the Year honors after averaging 16.9 points and 8.3 rebounds, I felt the Spartans should be the favorite to win the conference next season and perhaps help Tom Izzo win his second national title and reach his eighth Final Four.

Now, with the 6-7, 230-pound Bridges returning, Michigan State is without a doubt the favorite to win the Big Ten coming off a largely unsatisfying season that saw MSU finish 20-15 overall and 10-8 in the Big Ten (T-5th) as the Spartans lost in the second round of the NCAA tourney. Youth, injury and a tough schedule all were factors in the less-than-stellar season. In fact, the 15 losses were the second most Izzo ever had suffered, topped only by the 16 defeats in his debut.

Sorry, Minnesota, Northwestern, Iowa, Purdue, Michigan and Indiana-and anyone else who had Big Ten title hopes. But there is just too much to like about the Spartans, who perhaps could be a preseason No. 1 team. At the very least, Michigan State should be a top five squad in the preseason as it looks to win the Big Ten?s first national championship since the Spartans did it in 2000.

Izzo?s club loses just two key players in Eron Harris and Alvin Ellis. But MSU will have talent like Joshua Langford, Cassius Winston, Lourawls Nairn, Jr., and Matt McQuaid returning in the backcourt. Up front, big man Nick Ward will be an anchor with Kenny Goins also in tow. And Gavin Schilling should get a medical redshirt after injury ruined his season.

Augmenting all of this positivity: ballyhooed recruits in Jaren Jackson and Xavier Tillman. Jackson may be the top newcomer in the league next year for a MSU squad that will be motivated. And the Spartans are trying to add more stud talent in the spring signing period. Stay tuned.

And then there is Bridges, who was projected by most NBA draft pundits to be a lottery pick. His 16.7 points per game was the highest average for a freshman at MSU since Magic Johnson scored 17 during the 1977-78 season. Bridges also averaged 8.3 rebounds, the most by a Michigan State freshman since Greg Kelser in 1975-76. But the Flint, Mich., native showed his loyalty by opting to return to his school and to add to the program?s rich legacy.

You see, Bridges isn?t all about Bridges. He is not a self-centered, selfish star, like many precocious talents can be. He wants to make his school and his teammates better. Bridges is not just a special player. But he?s a special person.