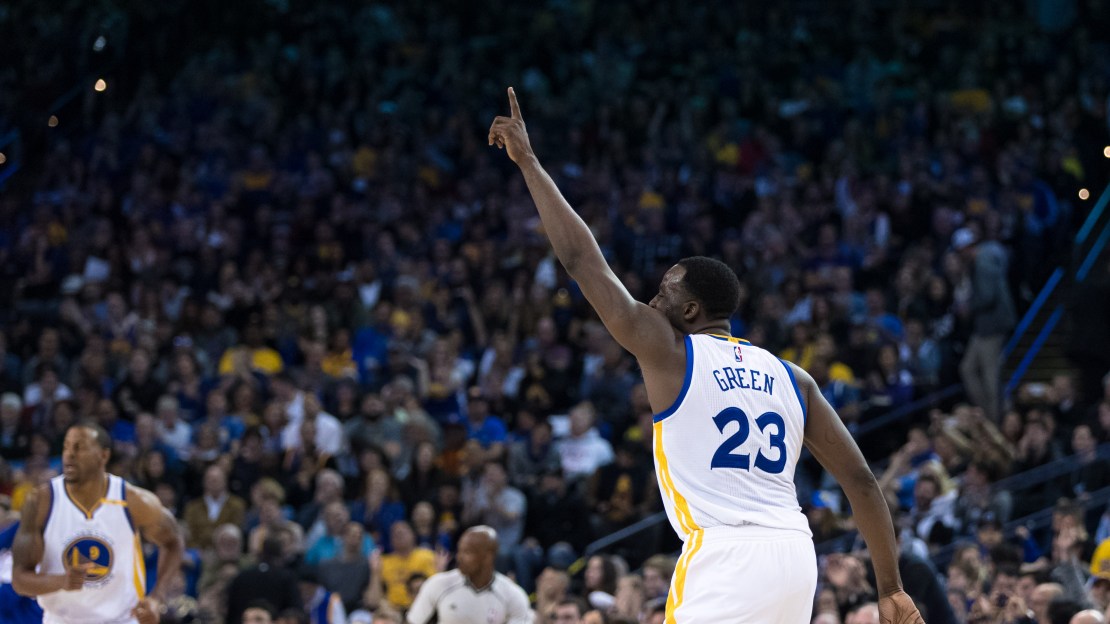 The college basketball season is over, but you can still get your Big Ten hoops fix.

The NBA postseason is finally almost here, and there will be plenty of former Big Ten players on NBA playoff rosters. Since the Association's second season seems to last a lifetime, you'll have many chances to get another look at your favorite stars of Big Ten seasons past.

Below are ten Big Ten hoopers (listed by former school) who should contribute in their team's chase for the 2017 NBA championship.

Deron Williams (Illinois) Cleveland Cavaliers: When LeBron James publicly pleaded with the Cavs' front office for more depth mid-season, he got it via trade with the Mavericks for Williams. The former Illini's career has been slowed by age and injuries since being regarded as one of the NBA's elite point guards at the end of the last decade, but he should be a more than serviceable backup for Kyrie Irving in Cleveland's title defense.

Eric Gordon (Indiana) Houston Rockets: Gordon was a one-and-done at Indiana, and his career trajectory has confirmed that he indeed was one-and-done talent. The nine-year vet is still only 28 years old, and he's put together a very respectable career as a scorer at 16.6 points per game. His 2016-17 season average with Houston is nearly identical at 16.3 ppg, good for the second-leading scoring mark behind James Harden on a loaded Rockets team.

Victor Oladipo (Indiana) Oklahoma City Thunder: Oladipo's similarities on the surface to his fellow Hoosier Gordon's situation in Houston are difficult to ignore. After being traded from Orlando last off-season, the high-flying Oladipo is also the second-leading scorer on a Western conference playoff team at 16 points per game behind an MVP candidate in Russell Westbrook. Even better, the Rockets and Thunder are currently staring down a tantalizing first-round playoff matchup if the current standings hold. Should be fun.

Jamal Crawford (Michigan) Los Angeles Clippers: One of the best NBA sixth men of all time spent only one season at Michigan way back in 1999-2000. The 37-year-old Crawford is still putting up 12 points a game for the Clippers, which is only three shy of his career average. If the Clippers are finally going to break through past the Warriors or Spurs in the West, Crawford will need to continue to play a significant role off the bench in LA.

Tim Hardaway Jr. (Michigan) Atlanta Hawks: No one expects the Hawks to make any serious noise in the playoffs, but the former Wolverine is having his best season of what looks to be blossoming into a promising career. He's averaging a career-best 14.5 points per game on over 45 percent shooting for Atlanta, and at 25 years old, he figures to be a fixture in the NBA for years to come.

Draymond Green (Michigan State) Golden State Warriors: Draymond is the most popular former Big Ten star currently in the NBA, thanks to his dynamic contributions on some of the best NBA teams ever with Golden State. The 2012 Big Ten Player of the Year and two-time NBA All-Star is an elite defender who does a little bit of everything for the Dubs, including playing the role of agitator around the edges while his Hall of Fame teammates let it fly. Don't be surprised if Green is a polarizing and impactful player once again throughout what should be an extremely deep Warriors run.

No player has had those types of numbers since the year 2000 (Chris Webber) pic.twitter.com/fHATkvfjVt

Zach Randolph (Michigan State) Memphis Grizzlies: The 35-year-old has built a fabulous NBA career in his 16 years since playing a single season at Michigan State, mastering the art of the "old man game" better than anyone in his era. Randolph continues to be a double-double machine even at an advanced age, helping lead a Grizzlies franchise that has done a nice job keeping its core together to its seventh consecutive playoff berth. If you want to watch a player get the absolute most out of his natural ability, watch Randolph grind his way to 15 points and 11 boards for as long as the Grizz can survive the playoffs.

Mike Conley Jr. (Ohio State) Memphis Grizzlies: Conley is another longtime member of that Grizzlies core, and was the highest-paid NBA player as recently as last season before being passed up by LeBron. He's still putting up extremely solid seasons as he nears age 30, spotting Memphis nearly 21 points and 6.5 assists a night this season. Look for the former Buckeye to run plenty of pick and rolls with fellow Big Ten product Zach Randolph.

Evan Turner (Ohio State) Portland Trail Blazers: The former AP National Player of the Year at Ohio State has hung around as a solid contributor in eight NBA seasons, and the Blazers will probably hold off Gary Harris and the Nuggets for the eighth playoff spot in the Western Conference. Portland probably doesn't have much of a chance against Golden State, but Turner can take solace in his massive $70 million contract with the Blazers. Plus, this shot remains as one of the most memorable in Big Ten history.

Sam Dekker (Wisconsin) Houston Rockets: The former Wisconsin standout has the challenge of carving himself a role on a very deep Houston squad, and Dekker has managed to squeeze out 18 minutes per game on the West's third-best team. He's provided 6.5 points and 3.7 rebounds per game off the bench as an athletic wing, and he occasionally brings the house down like he did when he put one on former Badger teammate Frank Kaminsky's head earlier this season. He suffered a fractured left hand April 2, but hopes to return in the next several weeks if the Rockets can advance in the playoffs. Former Indiana forward Troy Williams will likely take on a larger role for Houston in Dekker's absence.