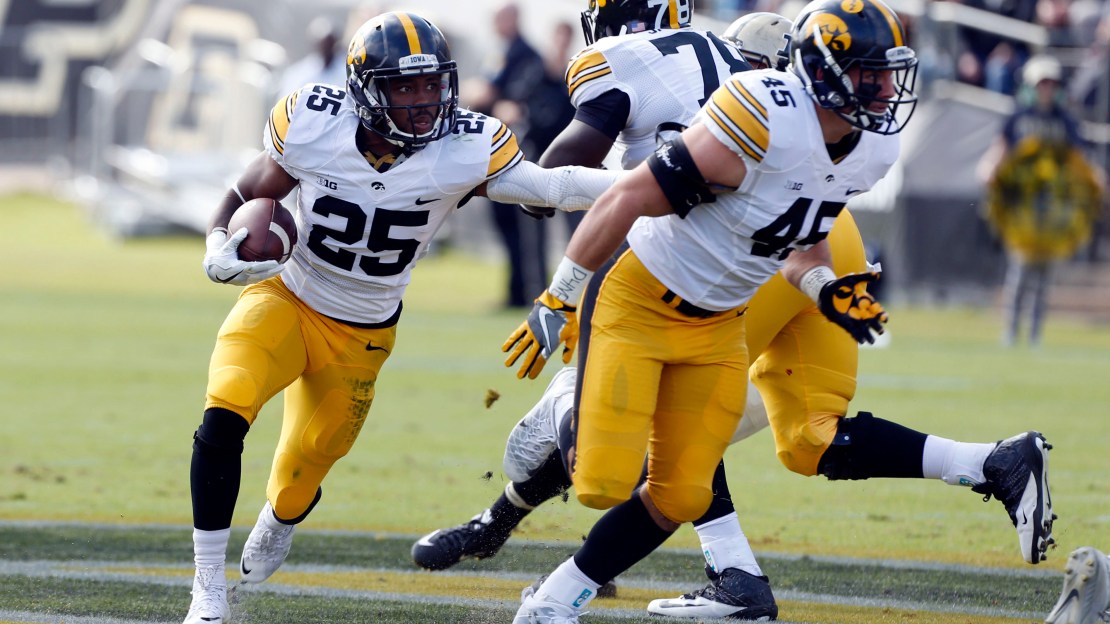 (AP) Iowa went 6-3 in the Big Ten last season despite an offense that often couldn't out of its own way.

The Hawkeyes are hoping a coaching overhaul can get its attack on track.

Iowa (8-5 in 2016) has a new coordinator and running backs coach – Brian Ferentz, the 34-year-old son of coach Kirk Ferentz and a former lineman for the Hawkeyes – and new faces leading the quarterbacks, wide receivers and line.

They've all spent the spring getting to know each other and a new scheme, albeit a balanced one that should be familiar to Iowa fans.

The Hawkeyes conclude spring practice with a scrimmage at Kinnick Stadium on April 21.

"We're not a real good football team right now. Don't expect to be in April, and the objective is to be ready when the season starts. We see a lot of individual improvement going on right now," Kirk Ferentz said Friday following an open workout. "We're doing some good things at times, but…we can't get lined up sometimes. The formations are different, the language we're using is different. So the guys are getting used to that still, and we expected that."

By far the biggest hot spot for an offense that bottomed out in a 30-3 bowl loss to Florida is the wide receiving corps.

Nick Easley, the rare junior college transfer brought in during Kirk Ferentz's nearly two decades in charge, has emerged as a name to watch.

Easley, who caught 72 passes for 954 yards and seven TDs for powerhouse Iowa Western, earned a spot on spring depth chart before his first practice in Iowa City.

With Jerminic Smith out for the spring because of academic issues, Easley, Devonte Young and Adrian Falconer have slid into prominent roles in the new attack.

Sophomore-to-be Nathan Stanley is listed as a starter on the depth chart, but Kirk Ferentz said Friday that the situation is "clearly cloudy."

Still, Stanley and Tyler Wiegers and Stanley are competing for the No. 1 job, with Ryan Boyle and Drew Cook trailing behind.

"They're doing some good things. But again, we're not real consistent," Kirk Ferentz said. "I'm not expecting this thing to just clear up in the next two weeks."

Iowa will have one of the most experienced and skilled lines in America next fall, and it's largely set at running back.

The Hawkeyes are so excited for what back Akrum Wadley can do as a senior that they won't let him get touched this spring.

Wadley's light work this spring has left plenty of opportunities for the youngsters hoping to replace him in 2018 to impress their coaches. Toks Akrinbade and Toren Young appear to have emerged as the top candidates to spell Wadley next season.

Though Iowa's defense might be set than its offense this spring, it did lose a key piece on Thursday when safety Brandon Snyder tore an ACL. Kirk Ferentz said Friday that Snyder is likely out for the season.