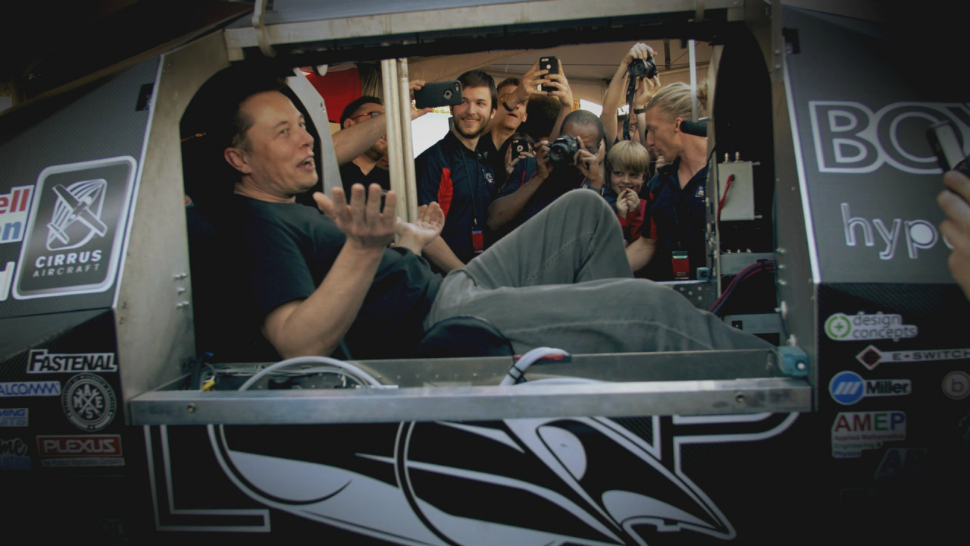 When Elon Musk, the billionaire founder of PayPal, SpaceX and Tesla, put out a call for help redefining the future of global transportation, few were surprised by the monumental response.

?When a guy like Elon sets forth with a small kernel of an idea like the Hyperloop and sets forth a challenge, it?s hard not to respond,? says University of Wisconsin mechanical engineering student Duncan Adams. ?He put forth the why and the what, and it?s up to all of us coming together to answer the how.?

The Hyperloop system is Musk?s vision for the future of ground-based travel. Operating somewhat like the maglev trains that have revolutionized transport overseas, hovering Hyperloop pods will theoretically whisk passengers at speeds of up to 700 mph through vacuum tubes connecting major cities. A trip from San Francisco to Los Angeles would take a mere 30 minutes via Hyperloop.

The main drawback of the plan, though, lies in the operational engineering, much of which is still speculative. That?s what led Musk to issue his challenge to engineers, designers, inventors and students. Questions ranging from how the pods will be designed, how they will be propelled, how the tube tracks will be built and how the system of logistics will be structured still remain.

Answering these questions is a once in a lifetime opportunity, says David Van Veen, a Wisconsin graduate and past president of Wisconsin's Hyperloop team, Badgerloop. ?We?re laying the groundwork for something that we?re going to see in our society in the next 10 or 20 years. I?ll be able to look at my kids and say, ?We were some of the first people to start working on this and make the Hyperloop a reality.??

The Badgerloop team?s focus has been on pod design, figuring out how to best convey passengers. Starting simply as a fun exercise in design for a group of engineering students, their unique pod has won two innovation awards at Hyperloop competitions and garnered some very special attention.

?One really unique aspect of our pod is that it was designed to fit a life-sized Elon Musk,? says Van Veen. And fit an Elon Musk it did. He visited the Badgerloop team?s display at a Hyperloop competition held at SpaceX headquarters in California, and was more than happy to hop in. ?Having Elon Musk sitting in our pod was the highlight for our entire team. And the reason he even visited was because we had such an innovative design.?

According to Van Veen, the Badgerloop team has always sought to go above and beyond the scope of the competition, answering some of the larger problems of the Hyperloop.

One of those problems is how to counteract the motion sickness that would naturally occur during high speed travel in a windowless pod. Without a visual reference, the motion would easily disorient the body?s equilibrium systems.

As Claire Holesovsky, Badgerloop?s operations director, explains, the open and collaborative climate of research and innovation at Wisconsin helped the team arrive at a novel solution to the issue of motion sickness.

?A student came to us and said, ?Hey, I?ve got this really cool virtual reality that I?ve been doing at the Wisconsin Institute of Discovery.? We went and visited their CAVE and thought that it was something that could aid in the Hyperloop experience.?

The students were able to build a virtual reality system that allows passengers visualize the passing scenery - of their choosing - through VR goggles, and thus properly process the motion of the pod.

The spirit of collaboration has come to define the Badgerloop team. Van Veen points to the diversity of majors represented throughout the team?s ranks, from all manner of engineering disciplines to finance and marketing and even political science.

?We couldn?t have done this with just a handful of mechanical engineers sitting in a computer lab,? he says. ?The best part about it is, engineers get to see what marketing students think and get to work on the business side of things, and business students get an idea for how product development is done. To have that all together in one project is really the driving force behind making Badgerloop the exciting, all-encompassing student team that it is.?

For Van Veen, his time with the team not only allowed him to work alongside and be inspired by his peers, but it broadened his horizons both in terms of what excites him and what he has the capacity to accomplish.

?It?s empowered me to think that I can tackle some of the bigger problems facing our society. The Badgerloop experience has ignited my passion for working on these big problems and believing that I can make a difference along with a bunch of other hardworking, dedicated individuals.?