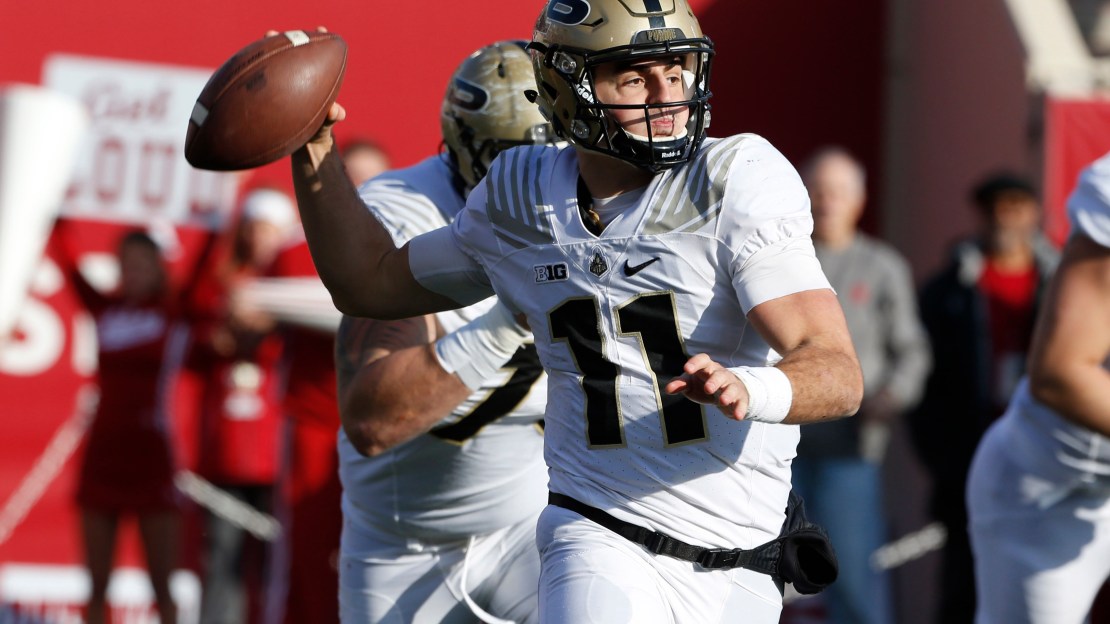 The Jeff Brohm era has brought hope to a beleaguered Purdue program that won just nine games the last four years. Brohm won 10 games in his last season alone with Western Kentucky. He will try to breathe life into the program. And there were some promising signs in the spring game Saturday, as the offense set the pace in the first half and the defense took charge in the second half.

Bottom line: There is a lot of work to do in West Lafayette, but this was a first step.

Here are five things I learned.

1. The receiving unit still needs work. Nothing took place this spring or on Saturday to quell concerns at the position. Drops were numerous. Holdovers Anthony Mahoungou, Greg Phillips and Jackson Anthrop, among others, didn?t impress consistently leading up to the spring game. And Terrance Landers has dealt with academic issues this spring. But the group made some plays today for the quarterbacks. Still, speed and playmaking ability are issues. The good news: Help is on the way in the form of JC transfers Isaac Zico and Terry Wright. And the position will get a boost from the arrival of Notre Dame grad transfer Corey Holmes. It was good for early enrollees Tyler Hamilton and DJ Edwards to be on campus. Hamilton made some nice grabs today. And Purdue also has a pair of tight ends who figure to be utilized prominently this fall in Brycen Hopkins and Cole Herdman, though Hopkins saw no action today. Plus, Jess Trussell is another weapon at tight end.

2. Purdue has a lot of good options at running back. This is one of the deepest spots on the team. Markell Jones hasn?t had a great spring due to injury. Diminutive but powerful D.J. Knox looks good coming off a knee injury that ruined 2016. He is ultra-quick. And Brian Lankford-Johnson, Tario Fuller and Richie Worship are proven. Worship is a battering ram who could be a nice weapon. Look for the staff to maximize the skill in the backfield, along with the tight ends.

3. The offensive line has a ways to go. Kirk Barron is a proven starting point at center, but help is needed. Tackle Matt McCann has been limited this spring by injury. Walk-on Eric Swingler has made the most of his opportunity and may have a role in 2017. Grant Hermanns also has turned some heads and may be the starting left tackle this fall. Bearooz Yacoobi, Jalen Neal and Peyton Truitt may not be answers. The staff is actively recruiting JC players and grad transfers, as more talent is needed. The Boilermakers had the worst rushing attack in the Big Ten last year. It?s condition critical at this spot.

4. The linebackers are the strength of the defense. It?s not even close, actually. Danny Ezechukwu, Ja?Whaun Bentley and Markus Bailey are a nice trio. Some felt this unit was misused by the previous staff. Now, the linebackers can play more recklessly and downhill. Bentley has slimmed down and is moving well. He looks good. Bailey is the best of the bunch. Ezechukwu showed his speed in running down wideout out Jackson Anthrop after a long grab.

5. Rob Simmons and Jared Sparks are the most intriguing players on the team. Simmons is a 6-6, 230-pound junior end who drips with potential. He excelled on this day, getting consistent pressure. For a line that needs help, the converted linebacker may be a real wild card this fall. Sparks is a dynamic 6-1, 200-pound redshirt freshman who the staff is finding ways to use as a third-team QB. He is too good of a player not to have a role on an offense that lacks many playmakers. Sparks also takes reps at wideout in a no-huddle attack that plays with tempo and takes shots down field.