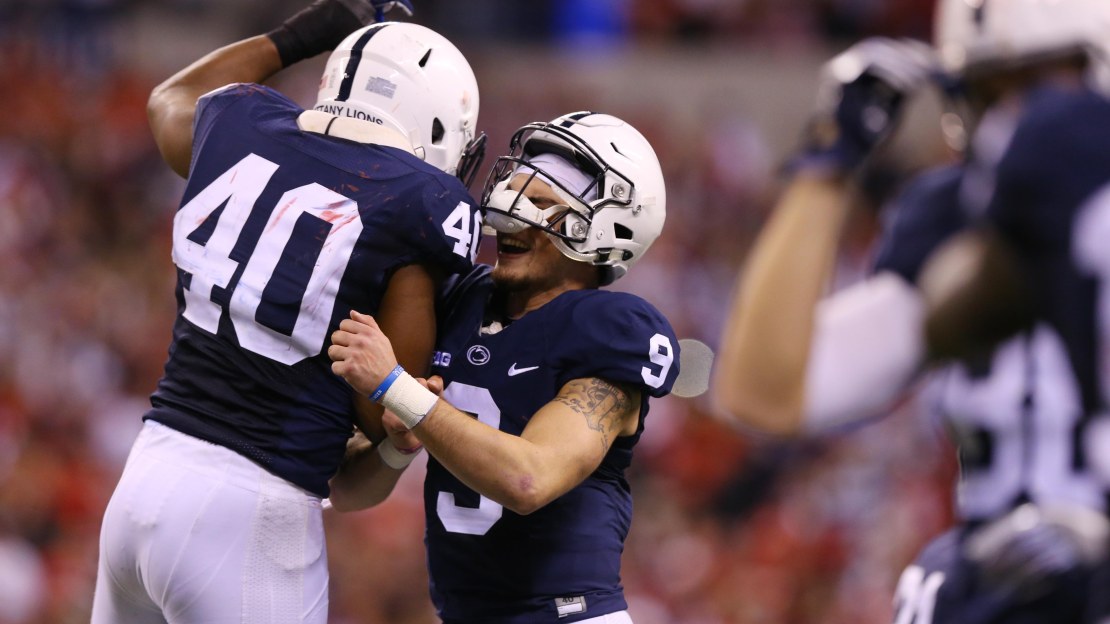 (AP) Penn State quarterback Trace McSorley has spent a lot of time this winter thinking about one pass from last season – his final toss.

That late-game interception set up USC's Rose Bowl-winning field goal and set McSorley on a path to improve his in-game judgment.

"That's probably the biggest takeaway from that throw," McSorley told The Associated Press. "Feeling that line between aggressive and reckless. Toward the end of the year we were real aggressive and we had a lot of success being aggressive, but being able to handle that aggressiveness and success, knowing that even though it had been there probably the past five or six times, doesn't mean it's going to be there the next time."

"We know we have so many weapons on the outside," McSorley said. "We've definitely got a ton of potential and I'm excited to see the kind of fun we can have in year two."

After the Rose Bowl, McSorley spent a few days in the Los Angeles area visiting family before heading back to campus. In Happy Valley, he sat with Moorhead for long sessions examining all the deep plays that made Penn State's offense one of the most dangerous.

McSorley tied for second in the country with 23 passing plays of 40 yards or more and threw 38 passes of 30 yards or more, opening up space for dynamic running back Saquon Barkley by forcing cornerbacks and safeties to play on their heels. McSorley added seven rushing touchdowns, threw for 29 and threw just eight interceptions.

He set single-season school records for passing yards, passing touchdowns and total yards and led Penn State to a comeback win in the Big Ten championship game. He did so largely with his willingness to test secondaries, relying on a talented wideout corps including NFL-bound Godwin and rangy tight end Mike Gesicki to battle for deep balls.

"Trace is definitely a crazy, crazy quarterback," safety Marcus Allen said. "He does whatever he wants out there and he can handle it. He has unbelievable IQ as a quarterback."

Now he's going to try to be smarter about the chances he takes.

He's learned to see that many of the deep balls he threw were not only chances for his receivers but opportunities for defenders. If he had them to make again, he'd look elsewhere – avoid making deep throws into coverage like the passes that sealed losses to Pitt and USC.

"All right, we had the deep shot called down the field," McSorley said. "Didn't get what we wanted so there's no use in forcing it. Find a checkdown, or maybe try and scramble around and have someone pop open, or gain some yards with my legs or throw it away."

A handful of practices into spring ball, Penn State coach James Franklin has noticed this more cerebral approach from his quarterback. McSorley's reads at the line of scrimmage have been clearer, and Franklin believes they'll help him eliminate some of the unnecessary swashbuckling.

"He's just a lot more comfortable and confident," Franklin said. "You look at his touchdown to interception ratio, it was really good. But when he had interceptions, they came in bunches. We've got to cut that down. You cut his interceptions down in half, we're in a really, really good situation."