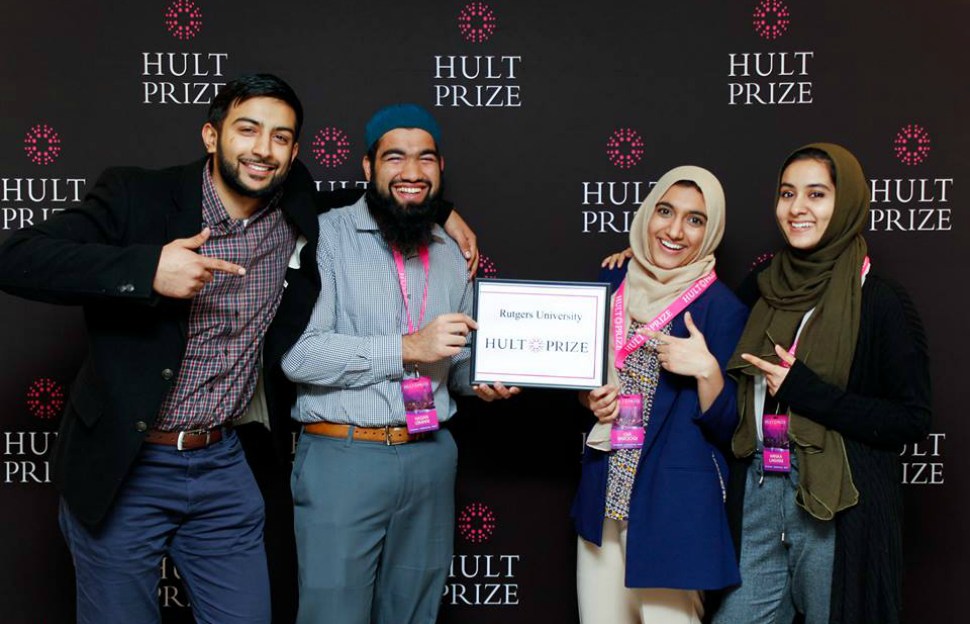 Orangi Town is a community of over 1,000,000 inhabitants, mostly refugees, in northwestern Karachi, Pakistan. Originally a squatter village, Orangi has seen its share of ups and downs, notably the Orangi Pilot Project, a social innovation program seeking to provide low-cost sanitation, housing, health and microfinancing opportunities to residents.

The crowded area is nonetheless plagued by a variety of problems. Among the most pressing is access to clean, reliable, affordable transportation. As of now, packed buses and expensive taxis provide the only means of motorized transit through Orangi Town, leaving citizens with few options when they need to get to work, school, markets, hospitals and other crucial resources.

A team of Pakistani-American Rutgers Business School students - and one alumnus – is looking to change that with the rollout of their company Roshni Rides, which aims to provide electric-powered rickshaw transportation service to Orangi Town.

It works like this: riders load their Roshni Card for a day?s worth of travel. At 14 Pakistani rupees, or $0.13 USD, the price is significantly cheaper than the current 11% of annual income most Orangi Town resident spend on transportation.

The Roshni rickshaws will pick up from well-lit, custom stations that double as powerhouses for the fleet, generating clean electricity from rooftop solar panels. Passengers will be able to hop on and off the rickshaw anywhere along the designated routes which traverse the inner pathways of Orangi Town not accessible to most motorized vehicles.

Drawing inspiration from family members who?d lived in and around Orangi Town, the Roshni team used on-the-ground connections to help scout station locations and plan routes. If successful, the plan is to expand Roshni Rides settlement and refugee camps around the world.

The team?s efforts have been bolstered by a spate of good showings in business plan competitions, the most recent and prestigious being the regional Hult Prize Challenge, where Roshni beat out teams from Yale and Princeton among others. The Hult Prize recognizes student?s sustainable start-up business models that target major global challenges. This year, the Hult Prize Challenge zeroed in on the plight of refugees worldwide.

Speaking to Rutgers Today, founding team member Najeeha Farooqi says that the Hult Prize Challenge?s theme is something that particularly resonates with the Roshni Rides team.

"We?ve worked very hard. This is very personal for us. We are the sons and daughters of immigrants and refugees."