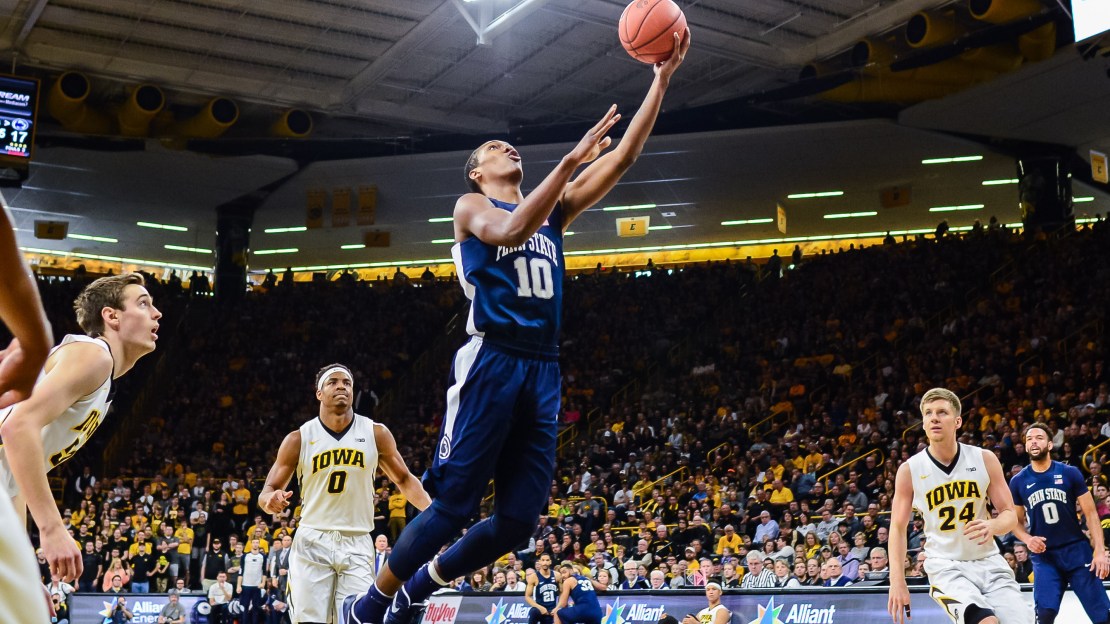 Iowa. Fran McCaffery had a young team this past season that in many ways exceeded expectations. The Hawkeyes advanced to the NIT quarterfinals, losing to TCU in OT. Yes, superstar Peter Jok is gone and will be missed. But Iowa will have a strong foundation back led by a collection of sensational sophomores-to-be in Jordan Bohannon, Tyler Cook, Ryan Kriener, Isaiah Moss and Cordell Pemsl. Nicholas Baer is a crafty vet also returning. The Hawkeyes will add three recruits, including two four-stars in center Luke Garza and wing Connor McCaffery, Fran?s son. – BTN.com's Tom Dienhart

Indiana. The style of play under Coach Miller will change, especially in terms of defense and taking care of the ball.  They won't do anything to help opponents beat them and the returning roster has talent. – BTN analyst Shon Morris

Penn State. There are plenty of teams who could make jumps next season, but the Nittany Lions have the chance to take the biggest leap. Payton Banks transferring hurts them a little bit, but if Pat Chambers can continue to develop Tony Carr, Lamar Stevens and Mike Watkins, look out. The Nittany Lions could also use a good shooter to space the floor and another rebounder to clean the glass, as they ranked near the bottom of the conference in field goal percentage and rebounding margin. Shore up those deficiencies, and Penn State is primed to pull off a Minnesota-like emergence. – BTN.com's Alex Roux

Penn State. Rising stars Tony Carr, Lamar Stevens and Mike Watkins are fresh off fantastic freshman seasons, and give Pat Chambers plenty of reason to be optimistic heading into the 2017-18 season. The Nittany Lions must find a way to shoot with more consistency if they want to contend, though. – BTN analyst Jess Settles

Penn State. Some might say Iowa, but I don?t view the Hawkeyes as a dark horse in 2017-18. Pat Chambers? crew fits the bill, and will be much improved next season. Don?t be surprised if Tony Carr and the rest of the talented sophomores-to-be have the Nittany Lions in the top half of the standings. – BTN.com's Brent Yarina