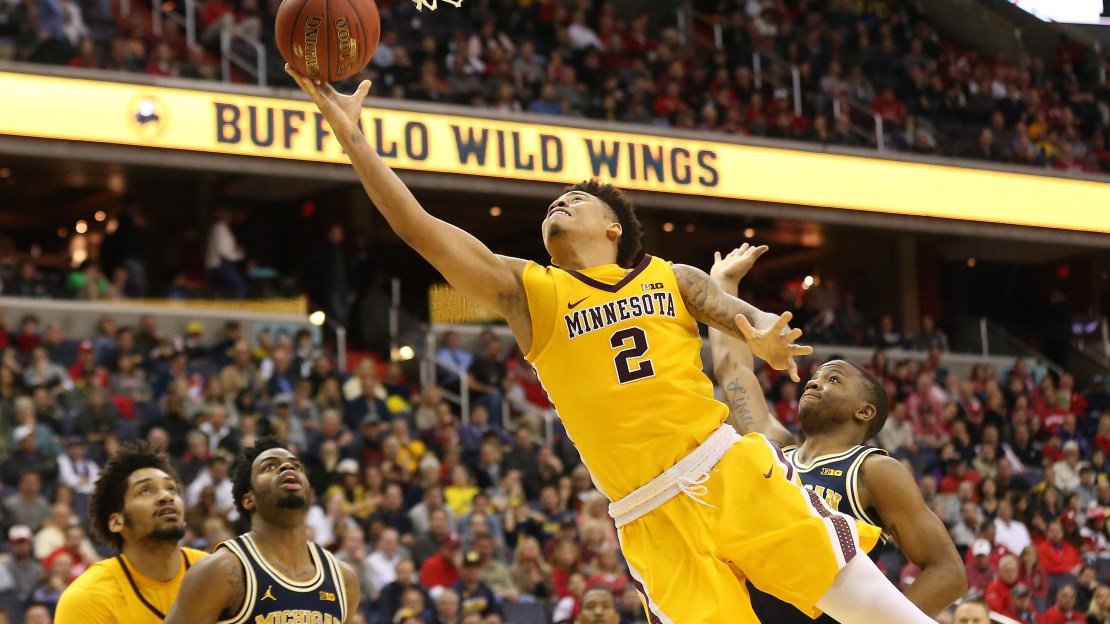 With the 2016-17 season in the rear-view mirror, it?s time to consider some of the best of the season that was.

Next up, in a four-part series: Biggest surprise.

Minnesota. The reversal of fortunes for the Golden Gophers was remarkable. In fact, this was the most improved team in the nation, as Richard Pitino enjoyed a breakout in his fourth season, going from 8-23 to 24-10. Point man Nate Mason led the way along with Big Ten Defensive Player of the Year Reggie Lynch, Jordan Murphy, Akeem Springs and freshman Amir Coffey. Yes, the season ended in disappointment with a first-round NCAA loss to No. 12 Middle Tennessee State, but the rise of the Gophers was stunning under Pitino, the Big Ten Coach of the Year. – BTN.com's Tom Dienhart

Minnesota.  They tripled their win total and overcame a five-game losing streak midyear while leading the conference in FG% defense and 3ptFg% defense.  A great job by Coach Pitino of incorporating newcomers Reggie Lynch, Amir Coffey and Akeem Springs into their style of play. – BTN analyst Shon Morris

Minnesota. I?ll be the first to admit I had the Gophers pegged way too low entering the season, and Richard Pitino and Co. proved me and the rest of the doubters wrong in impressive fashion. A team that was defined by suspensions and lack of depth on their way to an 8-23 record in 2015-16 engineered a remarkable turnaround this past season thanks to an infusion of talent through transfers, recruiting and player development within the roster. The Gophers flipped their record and then some in ?16-17, finishing fourth in the Big Ten at 24-10 overall and 11-7 in conference. With quality depth and size across the board, they figure to be a threat to finish near the top of the conference once again next season. – BTN.com's Alex Roux

Indiana. After early season wins vs. Kansas and North Carolina, some viewed the then-reigning Big Ten champ as a national title contender. Then came the shocking loss at Fort Wayne, followed by several injuries, the biggest a season-ender to preseason All-America OG Anunoby, and suddenly Indiana was no longer an NCAA tourney team and Tom Crean was out of a job. – BTN.com's Brent Yarina