A Nebraska researcher looks back at 50 years of discovery: BTN LiveBIG 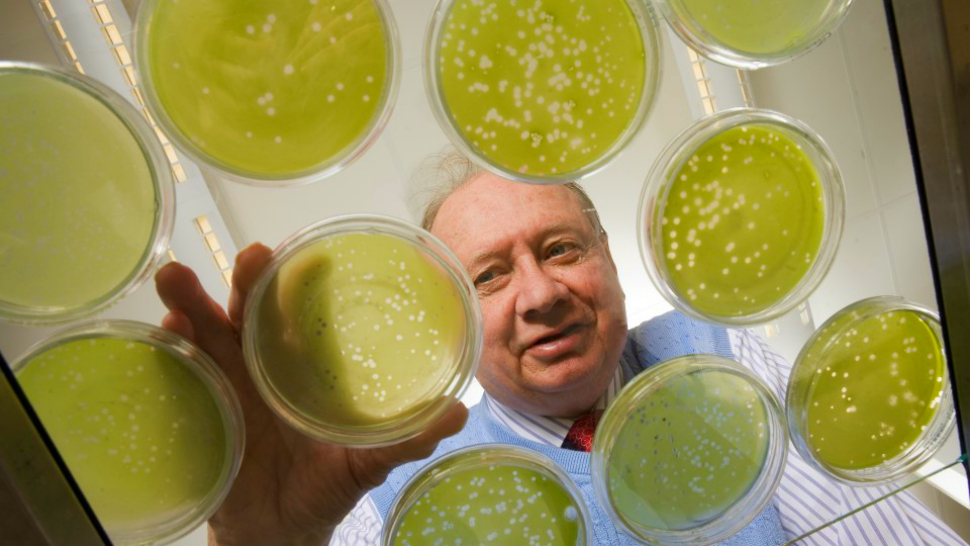 ?When you discover something that nobody else in the world has observed, to me that?s an ultimate high,? - Professor James Van Etten

Large, polyhedral, plaque-forming viruses and eukaryotic, unicellular algae - this is the world of James Van Etten, the William Allington Distinguished Professor of Plant Pathology at the University of Nebraska-Lincoln. And he wouldn?t have it any other way.

For over 50 years, Van Etten has pursued his curiosity from the study of fungal spore germination to his signature discovery, a previously unknown class of dsDNA viruses that infect green algae. He credits both the freedom to follow his intellectual whims afford to him by UNL and his love of research for his success.

?I?m a very strong proponent of basic research. Some of the biggest discoveries came out of curiosity-driven research and that?s led to all kinds of practical applications,? says Van Etten, speaking with Nebraska Today as part of their One Of U series.

Van Etten?s ?basic? research has led to no small amount of accolades. He?s one of only five University of Nebraska-Lincoln faculty members elected to the National Academy of Sciences.

He?s not about to rest on his laurels, though. The 79-year old scientist?s lab is still buzzing with the energy of work to be done.

Much has changed since Van Etten first came to Lincoln in 1966; now he?s able to collaborate with colleagues around the world in an almost real-time fashion.

?In the old days, if I had a question I had to send a letter,? he says. ?It might be two weeks before I knew the answer. Now I get it sometimes within 30 seconds.?

Yet, for everything that has changed, Van Etten still gets a charge out of reflecting on the joy to be found in the moment of discovery. Like when he first noticed plaques formed from viral infection on a small container of green algae.

?That night I went to a department Christmas party. I?m dragging this Petri dish around to show everybody. I mean you could really just barely see the plaques,? recalls Van Etten. ?Oh, that was an exciting day.?