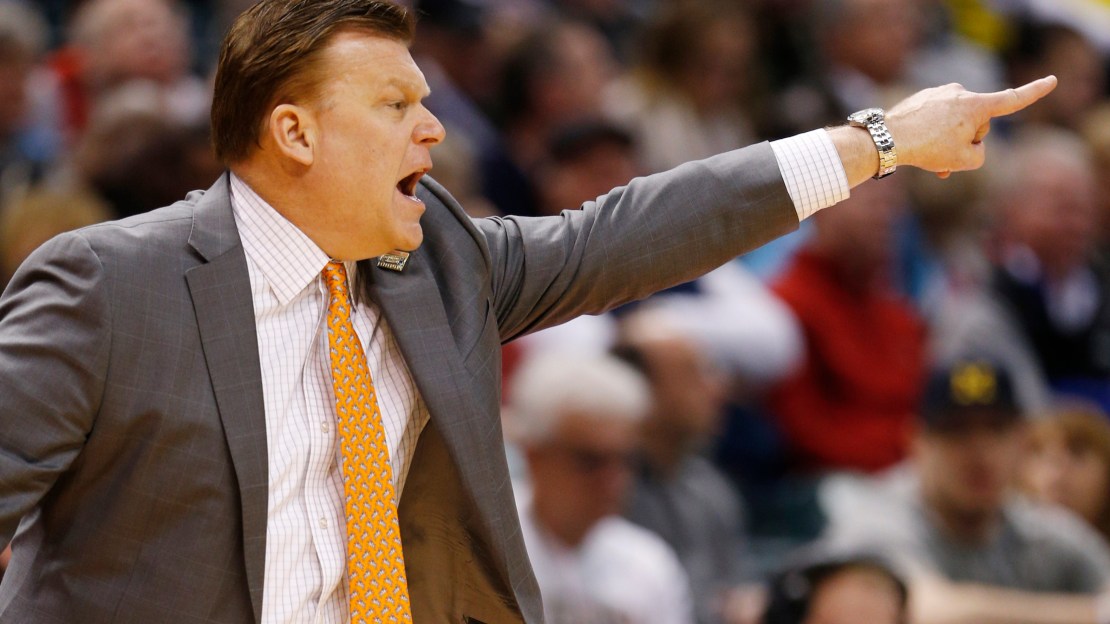 Over a seven-day period in March while other programs were busy still participating in the NCAA tournament, Illinois and Indiana both hired head basketball coaches to replace their fired predecessors.

Both hires have been extremely well-received on a national scale.

Illinois athletic director Josh Whitman surprised the masses by poaching Brad Underwood after just one season at Oklahoma State, and Indiana AD Fred Glass made a logical move by enticing Dayton?s Archie Miller to finally make the jump to a Power Five conference that everyone suspected would come at some point.

Below are just a pair of examples of the overwhelmingly positive sentiment shared by college basketball experts in the tweetstorms immediately following the hires, including CBS Sports' Matt Norlander and USA TODAY's Nicole Auerbach.

Archie Miller is sharp, smart and a winner. Great hire for Indiana & great decision to stay at Dayton until a job of this caliber opened.

The similarities between the two schools? current situations don?t end at the near universal praise heaped upon them by basketball scribes. While Indiana and Illinois are different programs with divergent histories and dynamics, the resounding overall sentiment between the two fan bases is strikingly similar:

Our program is not in its rightful place in college basketball, and we desperately want to get back to where we were.

Underwood and Miller are now tasked with restoring their new programs to that ?place,? which is tricky to define and varies between the schools and even individual fans. It?s nearly impossible to establish fan expectations in a tidy manner, because fan bases resemble nothing close to a monolith.

To understand what these programs are striving for, you need at least a basic understanding of their histories. Both are proud programs with rich backgrounds, but there?s no question Indiana has a more storied resume than Illinois. The five national championship banners (to Illinois? zero) hanging in Assembly Hall prove it. Beyond those years they reached the mountaintop, the Hoosiers also have the second-most Big Ten titles with 22, eight Final Fours and claimed a run of 27 NCAA tournament appearances from 1973-2003.

Bob Knight built the program into a national blue-blood in his three-decade tenure, but Indiana has enjoyed only sporadic bursts of success since reaching the national championship game in 2002 under Mike Davis. That ?02 run was also the last time the Hoosiers made it as far as the Elite Eight.

Illinois never quite reached the stratosphere that Indiana ascended to under Knight, and it doesn't have the recent relevance of Indiana?s two Big Ten titles in 2013 and ?16. But they still had an extremely successful run from 1981-2007, only missing five NCAA tournaments in that span while notching six conference titles and two Final Fours. But the Illini haven?t reached the Sweet 16 since their captivatingly dominant 2004-05 team marched to the national championship game. Recently fired head coach John Groce failed to make the tourney in each of his last four seasons, which is the program's longest dancing drought since 1980.

The cannings of Groce and Tom Crean made it clear that neither program was meeting expectations. But what exactly is this relatively ambiguous bar that constitutes ?good enough? at these schools?

After changing coaches, Glass and Whitman both expressed their desires to win multiple national championships in basketball-statements that athletic directors are essentially obligated to make. Jeff Rabjohns covers Indiana for peegs.com of the Scout network, and he offered a slightly toned down but still very reasonable version of the vision he thinks a majority of Hoosiers hoops fans have for the program.

?It?s not just, ?go hang a banner,?? Rabjohns said in an interview with BTN's Dave Revsine. ?It is, with some regularity, putting a team on the floor that plays fundamentally sound basketball, that plays defense, and that is going to have a chance to compete at the national level.?

Lack of fundamentals and defense under Crean were part of his eventual undoing, and are areas Miller proved capable of coaching effectively at Dayton. The consistency was a huge issue, as well. After resurrecting Indiana from the ashes of the Kelvin Sampson era, Crean sputtered by failing to reach the tournament in 2014 and and ?17 despite winning the Big Ten in both prior seasons.

Miller?s consistent success at Dayton (tourney appearances in each of the last four seasons, including an Elite Eight) should be a huge selling point for Indiana fans frustrated with stops and starts. According to Rabjohns, if Miller can consistently put a team on the floor that has a chance to go to the Final Four, he?ll be able to satiate a hungry Hoosier fan base.

Of course, you?ll find pockets of every fan base that expects a national championship year in and year out. There was even a #FireBillSelf hashtag floated by some delusional Kansas fans following the Jayhawks? loss to Oregon in Saturday?s Elite Eight. But as Illinois? Scout.com reporter Jeremy Werner points out, the road back to the ?glory days? that fans envision is more treacherous than it used to be.

"Most Illini fans want to get back to the early 2000s when Illinois won five of eight Big Ten titles,? Werner said. ?But the conference is better and deeper now than it was then.?

And what of level-headed expectations for Illinois under new leadership?

?If Underwood gets the Illini to an NCAA Tournament his first year, Illini fans will be happy,? Werner said. ?Then they just want to see continual progress after that. Illinois has the resources to be a consistent top-five Big Ten program that can contend for conference titles and avoid the NCAA Tournament bubble most seasons. It just needs the right leadership, and Underwood has that potential."

Werner and Rabjohns both liked the hires for their respective schools they cover, aligning with the chorus of approval of Underwood and Miller from local and national media. Gregg Doyel of the Indianapolis Star went as far to say that Miller will win big as a ?perfect fit? at Indiana.

It remains to be seen if Miller can ?break windows around the Big Ten? as the home run hire that Doyel proclaimed him to be, or if Underwood will capitalize on the state?s stacked recruiting landscape while translating the coaching acumen he displayed at Stephen F. Austin and Oklahoma State. Unforeseen circumstances like recruiting misses, player discipline issues and flat out bad luck can help derail a program. Groce and Crean found this out the hard way.

But both Illinois and Indiana look to be in better positions than they were two weeks ago in their efforts to reestablish themselves in college basketball?s hierarchy. The new hires? track records are there. The resources and support are there. Fans should feel optimistic about Miller and Underwood?s chances of restoring their schools back to some version of that ?place? in college hoops they desire to capture.

Even if it?s not always clear exactly what that place should be.