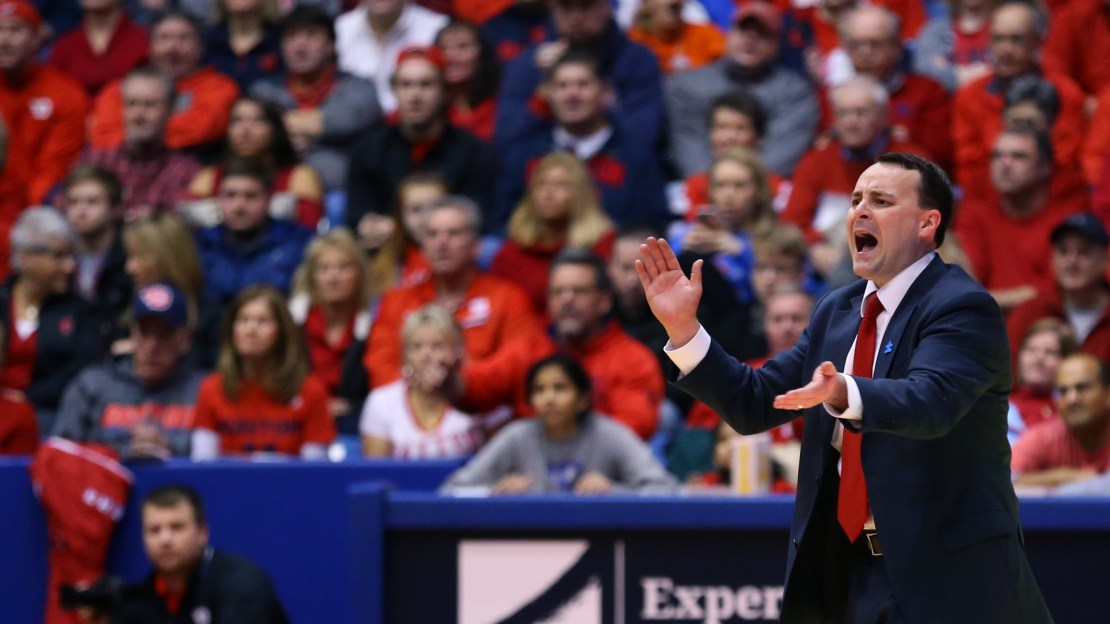 It's official: Indiana has its new men's basketball coach.

Dayton's Archie Miller has been hired to replace Tom Crean, the school announced in a tweet Saturday afternoon.

Miller, who went 139-63 in six seasons at Dayton, won each of the last two Atlantic 10 titles and led the Flyers to the Elite Eight in 2014.

Indiana will introduce its new head coach at a press conference Monday.

See the immediate Twitter reaction to Miller's hiring below.

Initial reaction: If there's another coach in America under 40 as highly regarded as Archie Miller, I do not know him. #iubb

Archie Miller is sharp, smart and a winner. Great hire for Indiana & great decision to stay at Dayton until a job of this caliber opened.

This was always a no-brainer once Stevens/Donovan said no. Arch was only coach I had at OSU who treated me like real player. Love that guy. https://t.co/w1e8OWKHWn

Think Archie will do well, but fwiw, Dayton won A-10 titles last 2 years and lost in 1st rd. IU fans would burn him to the ground for that.

Archie Miller has long relied on his brother, Sean, to help him with the ?next step.? Sean had long told him to hold out for elite job.

If anyone can handle IU grind it's Archie Miller. Very simple guy. Loves family. Loves hoops. His focus and dedication to game unparalleled

Indiana has hired Dayton's Archie Miller as its next head coach. He should be a great fit. We'll see what he can do at the next level.

Big leap for Miller and IU. Been hot name for a few years but only one deep NCAA run. https://t.co/ikHppqctPS

Miller's teams are solid offensively (averaged 75 points this past season) while ranking among the nation's top defensive teams.

This will be universally applauded.
And now I?m really interested to see who gets the Dayton gig. https://t.co/ITjZbcbMRz