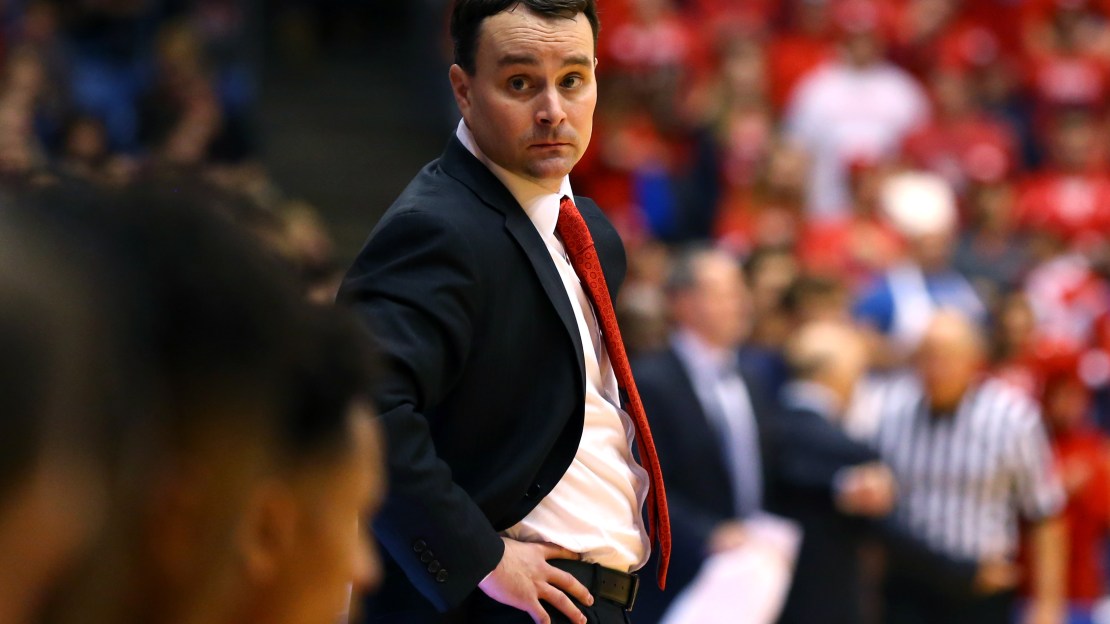 Miller takes over for Tom Crean, who was fired earlier this month after nine seasons on the job. Crean did a good job helping restore the luster of a storied program that was sullied during the Kelvin Sampson era. Crean led Indiana to two Big Ten titles and three Sweet 16 appearances. His biggest crime: Crean failed to make the Hoosiers elite again, going 166-135 overall and 71-91 in the Big Ten.

"A coach's son with the headiness and toughness to flourish as a 5'9 major college point guard," Indiana AD Fred Glass said in a team release, "Archie is a proven leader, proven winner, proven recruiter, and a proven player developer with a defense-first mentality that will help us win championships. Perhaps most importantly, he understands and embraces the special stature of Indiana University basketball and the critical relationship it must have with its former players, Indiana high school players and programs, and the entire State of Indiana."

Speaking of championships, Indiana hasn?t won one since 1987, and it hasn't been to the Final Four since 2002, when Mike Davis took IU to the national title game. That is why Miller is here.

"I am honored to be the head coach at Indiana University," Miller said in a team release. "IU is one of the greatest basketball programs and academic institutions in the country and I cannot wait to get started."

Miller brings an impressive resume to Bloomington. He spent the last six years with the Flyers, turning the Atlantic 10 team into one of the nation?s better non-Power Five programs. He compiled a 139-63 overall record and a 68-34 A-10 mark, taking Dayton to the NCAA tourney each of the last four seasons and finishing first each of the last two years with a 5-4 mark in the Big Dance. In 2014, Miller made a big name for himself by guiding the Flyers to the Elite Eight. From then on, he was one of the hottest commodities in the nation.

Prior to landing the Dayton job, Miller was an assistant to his brother, Sean, at Arizona for two years. Before that, Arch Miller got a taste of the Big Ten when he assisted Thad Matta at Ohio State from 2007-09. He began his coaching career as an assistant at Western Kentucky in 2003 before moving on to work at N.C. State (2004-06) and then at Arizona State (2006-07) for Herb Sendek.

The 38-year old Miller has basketball in his blood. He played in high school for his father, John, in Pennsylvania before continuing his playing career as a crafty point guard at N.C. State from 1998-2002, a school some thought would land him when that job came open after this season. But instead, Miller landed one of the nation?s plum jobs at IU. He will be Indiana?s fourth coach since Bob Knight was fired in 2000.

Expectations at Indiana are off-the-charts. This is one of the most pressure-packed jobs in the nation, ranking up there in prestigious with being manager of the New York Yankees and coaching the Dallas Cowboys. The national championship banners that hang in the arena are a constant reminder of the standard at this hallowed basketball institution. What are the expectations of Indiana athletic director Fred Glass? This is part of statement from Glass that was released after Crean was fired:

?The expectations for Indiana University basketball are to perennially contend for and win multiple Big Ten championships, regularly go deep in the NCAA tournament, and win our next national championship-and more after that. We will identify and recruit a coach who will meet these expectations. ?

Indiana wants to go where Duke, North Carolina and Kansas have gone on a regular basis the last 25 years: The Final Four. Winning in Bloomington isn?t enough. Winning big is the rule.

Many thought Indiana may land native son and Hoosier hero Steve Alford, but he is staying at UCLA. Others believed to have been in the mix were Xavier?s Chris Mack, Wichita State?s Gregg Marshall and the NBA?s Billy Donovan, among others. But Miller is the man.

Miller will inherit a solid roster for a team that failed to meet expectations last year largely because of injury, going 18-16 overall and 7-11 in the Big Ten to finish 10th in the conference. IU missed the NCAA tourney and lost a first-round NIT game at Georgia Tech. A big key to next season?s squad: Will James Blackmon go pro? And what about OG Anunoby? If IU loses both of them, it would be a big blow. Big man Thomas Bryant also could leave, which would be another major loss. Key players expected back are guards Robert Johnson, Josh Newkirk and Devonte Green along with forwards Juwan Morgan and De?Ron Davis.

Can Miller make the Hoosiers consistently great again? The world will be watching. No pressure.