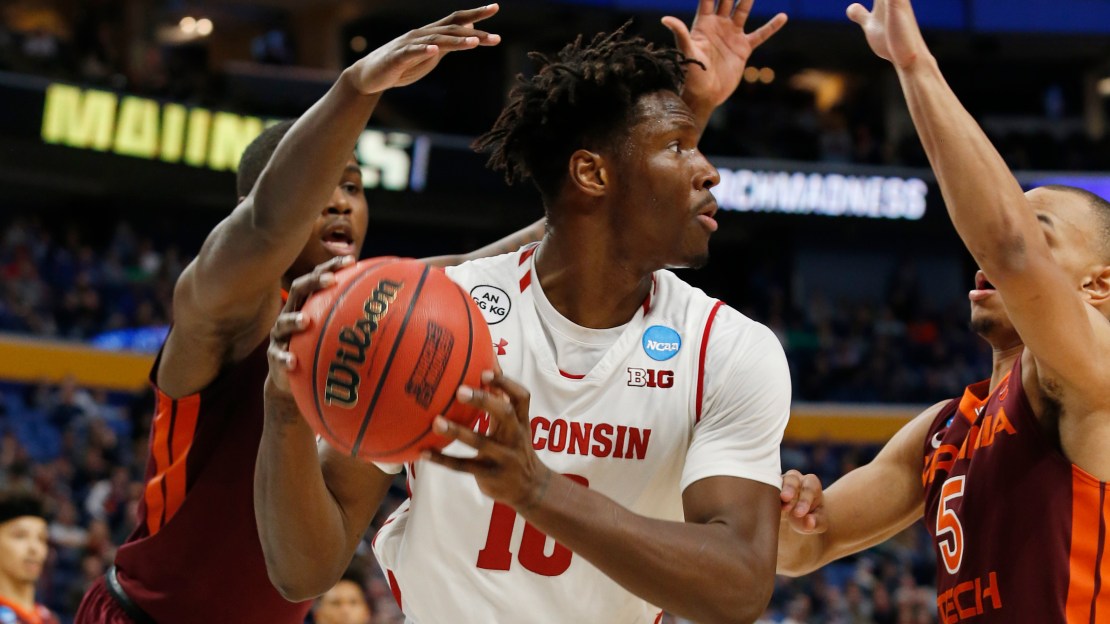 (AP) Nigel Hayes didn't have to say a word to make his loudest statement in the NCAA Tournament.

The Badgers are back in the Sweet 16 again.

"We tried to make sure the caravans of fans (were) full to capacity before we started the tournament. I'm sure there are a lot of people who are trying to jump on now after the two wins we've had," Hayes said this week when asked how the victory over Villanova changed perceptions about the team. "So we just have to make sure … stick to what got us to this point."

Hayes would know. The decorated senior has been a key contributor on two Final Four teams. Wisconsin has been to the regional semifinals in each of Hayes' four seasons.

His 166 points in the tournament lead all active players, with teammate Bronson Koenig seven behind in second place. Hayes has three straight double-doubles in postseason play.

Coach Greg Gard said the 6-foot-8 Hayes has made more of an effort of late to play to his strengths within 15 feet of the basket.

"He's a nightmare matchup … When the NCAA Tournament (hits) he's ready to go," Villanova coach Jay Wright said last week – and that was before Wisconsin ended his team's season.

Hayes can be just as entertaining in front of the cameras. A dry wit, expansive vocabulary and affinity for news conference stenographers made Hayes a viral sensation during the Badgers' last two runs to the Final Four.

Two more wins and Hayes gets to go back.

Next up for No. 8 seed Wisconsin (27-9) is No. 4 seed Florida (26-8) in an East Regional semifinal matchup on Friday night in New York, a game that brings Hayes' career full circle. He played his first home game as a freshman on Nov. 12, 2013, when the Badgers beat the Gators 59-53 . It was the start of a terrific two-year run for a team that included future NBA players Frank Kaminsky and Sam Dekker. Ben Brust, Traevon Jackson and Josh Gasser provided backcourt leadership.

Hayes assumed a lead role in the frontcourt as a junior in 2015-16 after Kaminsky graduated and Dekker left early for the NBA. Hayes decided last spring to come back for his senior season after deciding against entering the NBA draft, returning as the Big Ten's preseason player of the year.

"When we got here, we watched (Jackson) make clutch shot after clutch shot. Frank did the same thing, and now we're stepping into their shoes and we're trying to continue," Hayes said.

He turned into one of the most versatile players in the Big Ten. Hayes is fourth on the school's career scoring list. He is just one of two players in conference history to compile 1,800 points, 700 rebounds and 300 assists, joining former Michigan State star Steve Smith.

As he has matured, Hayes has used his voice and smarts to speak out on causes, like advocating for pay for college athletes. Hayes and teammate Jordan Hill took a step back from their teammates when they lined up for the national anthem in a pregame protest.

"I tried my best to just be myself, be a good person and do what I think is right at the time, and just try and help spread joy," Hayes said after his final home game when asked about his legacy. "Fortunately I have great teammates, and I've been able to do some pretty solid things with them on the basketball court, and off the court just do what I can to make the world a better place."

He's still having fun, including a playful feud with teammates Aaron Moesch and Matt Ferris on social media. The Badgers have been known to be a loose bunch since Hayes played sidekick to Kaminsky's antics.

"I enjoy it, obviously they're not as funny as what we've done before," Hayes deadpanned this week about Moesch and Ferris. "We can relax, not have to be (in a) too-aggressive, fist-clinched kind of mood the whole day. We can use that as entertainment."