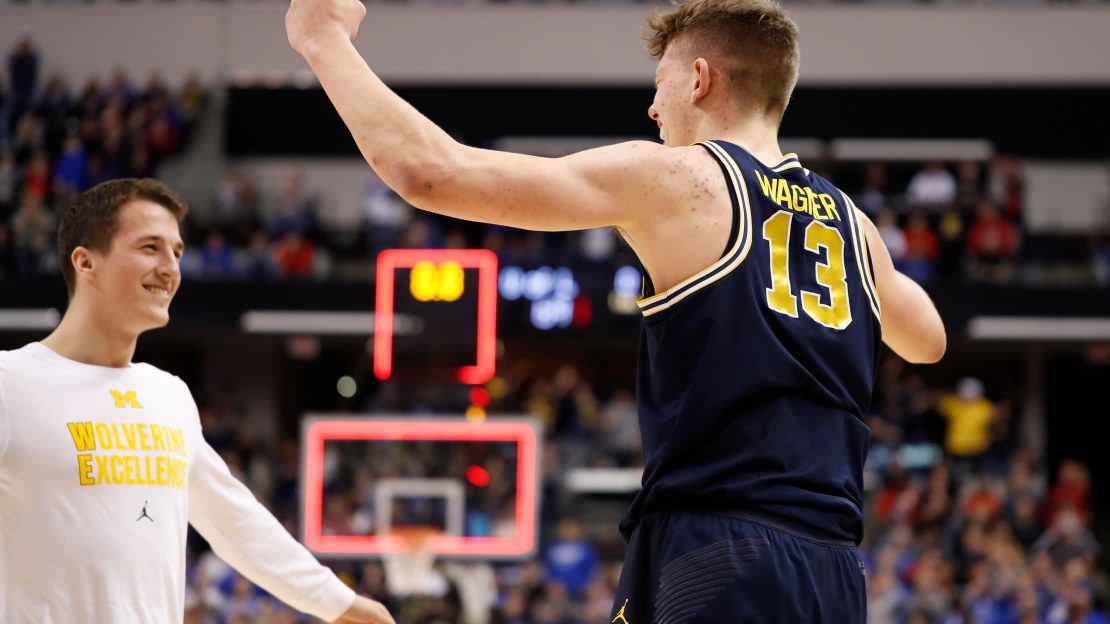 Remember way back when the national narrative was ?the Big Ten is down?? It seems like a silly notion now, doesn?t it?

The Big Ten has more than acquitted itself in the opening two rounds of the NCAA tourney. Three of the seven Big Ten teams - No. 4 Purdue, No. 7 Michigan and No. 8 Wisconsin - are still dancing, giving the conference as many Sweet 16 teams as any other league. What's more, two of the highest seeds to be given the boot from the Big Dance - No. 1 Villanova (by Wisconsin), No. 2 Louisville (by Michigan) - were courtesy of the Big Ten.

?In the past 24 hours, we?ve shown how good of a conference the Big Ten is,? Michigan?s Zak Irvin said after his team dumped Louisville on Sunday.

Add it all up, and the Big Ten has gone 8-4 to silence its critics. Check out how the other power conferences have fared thus far.

?For us as coaches and players, it?s hard to talk about it,? Purdue coach Matt Painter said after the Boilermakers topped Iowa State on Saturday to reach the Sweet 16 for the first time since 2010. ?Tell (critics) to go play Michigan. People don?t think our league is any good, tell them to go play Wisconsin. They?re not an eighth seed. I don?t understand that. You don?t understand basketball if you put Wisconsin an eighth seed.

?You play Michigan State, you better bring your lunch. We?ve got a good league.?

Perhaps even more surprising than the Big Ten's success has been the ACC's struggles. Long the darling of the national media and a conference that seemingly always gets the benefit of the doubt when it comes to quality, the ACC has one team left in the NCAA tourney: No. 1 North Carolina, which opened with wins vs. No. 16 Texas Southern and No. 8 Arkansas.

But Duke, Virginia, Miami, Florida State, Virginia Tech, Notre Dame, Florida State and Louisville are out. And Wake Forest lost a play-in game. The biggest ACC disappointment was No. 2 Duke, a supremely talented team that many thought deserved a No. 1 seed after claiming the ACC tourney title.

The Pac-12 and Big 12 have played the best of the major conferences so far in the NCAA tourney and have some prime national title contenders. No. 2 Arizona and No. 3 UCLA seemingly have good shots to make the Final Four. And No. 1 Kansas and No. 3 Baylor of the Big 12 could be destined for the Final Four in Arizona. But know this: Baylor is in the same East region as Wisconsin, a Final Four team in 2014 and 2015, when it made the national title game. And Kansas is in the same Midwest region with Purdue and Michigan, which played in the national championship game in 2013. The Boilers last made the Final Four in 1980. (Other legit title contenders are No. 1 Gonzaga from the West Coast Conference and No. 2 Kentucky from the SEC.)

?There?s a process that people go through to develop their teams and we had a lot of good seniors last year who graduated and a lot of guys waiting in the wings. It may not have showed in November or December. It's showing in March.?

And, it may show up in April in the Final Four, as the Big Ten looks for its first national championship since Michigan State cut down the nets in 2000.