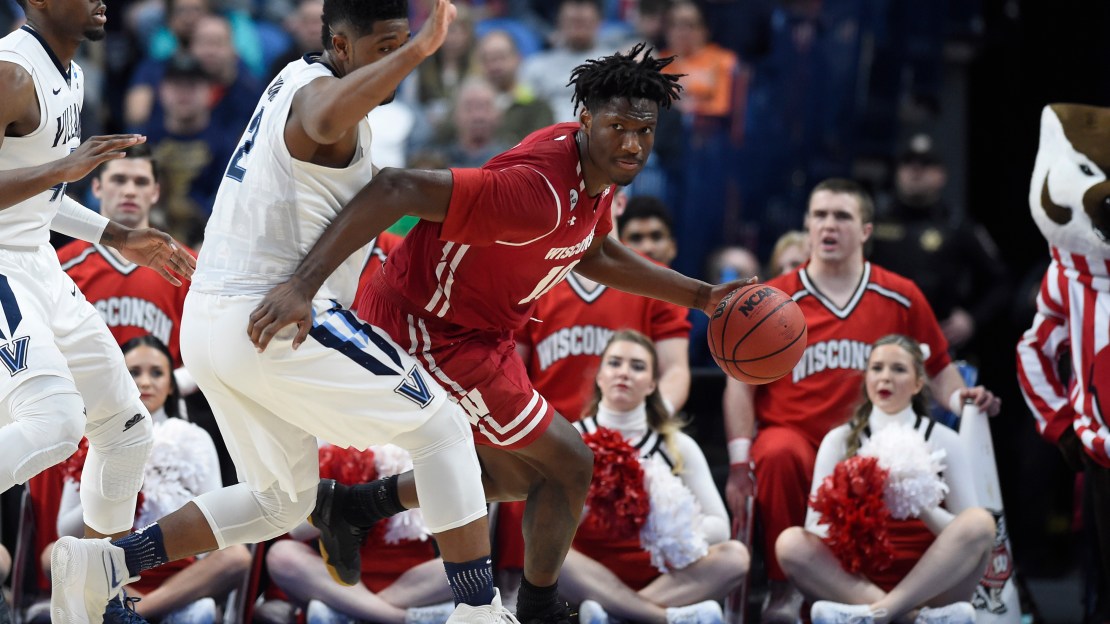 Beware the Badgers. This is a seasoned team that most agree was way underseeded in this NCAA tourney bracket. Wisconsin finished second in the Big Ten in the regular season and advanced to the league title game. Still, the Selection Committee slotted UW as a No. 8. What?

Regardless, Wisconsin showed its prowess in the opening weekend, taking down No. 9 Virginia Tech before stunning No. 1 overall seed and defending national champ Villanova in the second round. The Badgers are in the Sweet 16 for the fourth season in a row. No other program in the nation can make that claim.

Point man Bronson Koenig and foward Nigel Hayes are seasoned seniors who have been parts of teams that have played in a national championship game and in another Final Four. And sophomore Ethan Happ is one of the best players in the nation. He is a force around the basket, and his defense is a joy to watch. Guard Zak Showalter can shoot the rock and defend. Vitto Brown and D?Mitrik Trice are wild cards.

If Wisconsin gets by the Gators, it will take on the winner of No. 2 Baylor vs. No. 7 South Carolina. And, honestly, it wouldn?t be shock if the Badgers made it back to the Final Four ? again.

Key player: Nigel Hayes. The charismatic Hayes was a force in the big win vs. Villanova, scoring a team-high 19 points with eight rebounds in playing 39 of 40 minutes. And the senior was a star in the opening victory vs. the Hokies with 16 points and 10 boards. If Hayes is dialed in-and he seems very motivated-Wisconsin is going to be a difficult out in this tourney. In five postseason games this season (the Big Ten and NCAA Tournaments), Hayes is averaging 15.4 points, 9.6 rebounds and 1.8 assists. And he hit a layup in traffic with 11.4 seconds left to break a tie vs. Villanova. Hayes is on a mission.

Key number: 61.8, points allowed per game by Wisconsin. That ranks No. 1 in the Big Ten. This is a disciplined program that is built on defensive principles. And it is that attention to defensive details that keeps the Badgers in most every game-and has made it a model program in the conference.

Know Florida: The Gators have a strong team, rolling past East Tennessee State and Virginia the first two rounds after finishing second in the SEC to Kentucky. Earlier this season, UF suffered a blow when top rebounder John Ehbunu suffered a season-ending injury. He led the team with 6.6 rebounds per game. But Devin Robinson has emerged as a solid replacement, averaging 11.4 points and 6.3 boards. He needs to play well on the interior if Florida wants to have a shot to contend inside vs. Badger tough guys like Ethan Happ and Nigel Hayes. KeVaughn Allen is one of three double-digit scorers for Florida, leading the team with a 13.4 average. Canyon Barry nets 11.8 points per game. The Gators are tenacious defenders. Did you see their game vs. UVa, which shot just 29 percent and tallied only 39 points vs. UF? The Gators need to clamp-down on Bronson Koenig, who made a school single-game NCAA tourney record eight 3-pointers vs. Va Tech and tallied 17 points vs. Nova. Other assets for Florida are depth and balance, as the Gators are in the Big Dance for the first time since 2014 when they reached the Final Four. With the way both of these teams defend, points may be tough to come by.