Oregon next obstacle for Cinderella Michigan 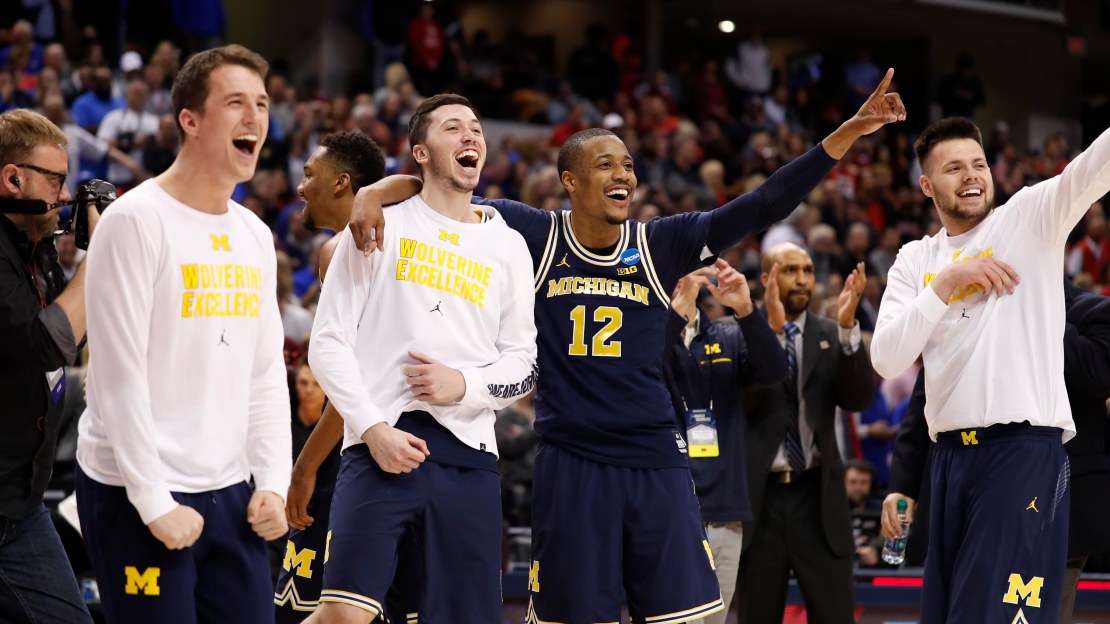 (AP) There are two compelling stories heading into the NCAA Tournament Midwest Region matchup between Michigan and Oregon. The Wolverines and the Ducks face off in the first of two semifinals on Thursday night at Sprint Center in Kansas City, Missouri.

Michigan's run through the Big Ten tournament, beginning with its team plane's slide off the runway prior to the event, has been well-chronicled. But the No. 7 seed Wolverines (26-11) are not a fairy-tale story. They earned their way to Kansas City with gutsy victories over Oklahoma State and second-seeded Louisville in the first two rounds.

The Wolverines are confident heading into Kansas City to face the third-seeded Ducks (31-5). They seem to have that "it" that underdogs who make deep runs must have.

"I had no doubt in my mind, if it came down to the way it did, in the second half that we would be able to pull it out," D.J. Wilson said about the victory over Louisville. "I think it just shows the versatility of this team. Our offense, it's kind of like 'pick your poison.' Today, we didn't knock down the 3 (3-point shot). We worked, and we did other things to put the ball in the hole, and it was effective."

Michigan is a well-balanced team, with four players (Derrick Walton Jr., Zak Irvin, Moritz Wagner and Wilson) averaging between 11.0 and 15.4 points, and those same four players average between 4.1 and 5.3 rebounds per game.

Walton is the leader of the team, but the star of the first two rounds was Wagner, who scored a career-high 26 points, including a 3-pointer to give the Wolverines the lead for good against Louisville.

Altman is not coming to Kansas City empty-handed. He will bring some talented players with him. Forward Dillon Brooks is the Ducks' leading scorer at 16.4 points per game. Even though he shot only 7 of 20 against Rhode Island in the second round, he still scored 19 points.

Oregon lost star center Chris Boucher to a season-ending injury in the Pac-12 Conference tournament, which has forced Oregon to play small. Brooks (6-foot-7) and Jordan Bell (6-9) make up the frontcourt. Guard Tyler Dorsey has recorded four straight games over 20 points, including 27 against the Rams.

Like most coaches, Altman is focused on the opposition, and he is impressed with Michigan.

"I didn't really watch it," Altman said of Michigan's victory over Louisville in the second round. "I watched one of Michigan's games in the Big Ten tournament, and wow! Beating Louisville with their athletes. … They're hard to guard. What (Wagner) does offensively is really unique and special, and they're an outstanding offensive team."