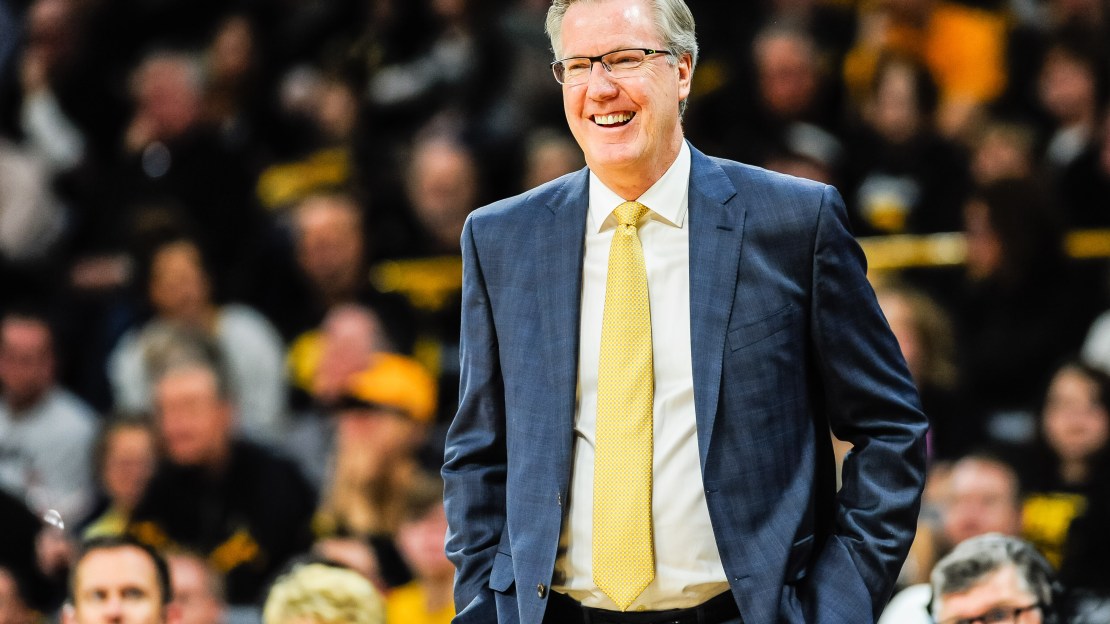 (AP) This season was always going to be a rebuilding year for the Hawkeyes.

Now that it's over, Iowa can start pushing toward a potentially long run as an NCAA Tournament program.

Alex Robinson and Vladimir Brodziansky each scored 19 points and TCU survived 94-92 in overtime against No. 1 seeded Iowa on Sunday to advance to the NIT quarterfinals.

TCU was playing without starting guard Jaylen Fisher, who broke his wrist and is out for the season.

The Horned Frogs (21-15) led 84-82 in the final seconds when Iowa's Tyler Cook finished a layup to tie it and send the game to overtime.

TCU never trailed in the extra period, and a Kenrich Williams dunk with 3:02 left gave the Horned Frogs an 88-86 lead they held the rest of the way. TCU built a six-point lead with 24 seconds left. A Jordan Bohannon 3 for Iowa trimmed the lead to two (94-92), but the Hawkeyes ran out of time.

The Horned Frogs (21-15) will host the Oakland-Richmond winner Tuesday for a spot in the NIT final four.

The win is TCU's first ever against Iowa and the first meeting between the schools since 1948.

TCU: Jamie Dixon's turnaround in Fort Worth continues. A strong non-conference showing, a win over Kansas in the Big 12 tournament and now a road victory over Iowa – one of the last four teams left out of the NCAA Tournament.

Iowa: Jok will go down as one of the best pure shooters in school history – and Iowa is going to miss him even with all the pieces it'll bring back in 2017-18. Iowa will also need to improve defensively, although young teams typically take a bit longer to develop on that end of the floor.

Bohannon erased any doubts about whether he'd be an impact player in the Big Ten for Iowa, finishing with 10.9 points and just over five assists per game. "You're seeing a guy who's just enjoying that freedom and the benefit of his experience I think at this point," McCaffery said of Bohannon. Fellow freshman Tyler Cook was second on the team with 12.3 points and third with 5.3 rebounds a game – and league Sixth Man of the Year Nicholas Baer provided significant spark off the bench. The Hawkeyes also have a pair of promising big men in Cordell Pemsl and Ryan Kriener, both also freshmen in 2016-17, and two highly-touted post players coming in as recruits. Iowa missed the NCAA Tournament for the first time in four years. But with the depth they have coming back combined with expected offseason development, the Hawkeyes could be a Big Ten title contender as soon as next season.

Cook also made his last 18 shots this season and finished at 55.4 percent from the field, fifth-best for a freshman in school history.

Iowa's fans are clearly excited about the future too. The Hawkeyes drew nearly 13,000 fans for its first-round win over South Dakota, and Sunday's tilt was a sellout.