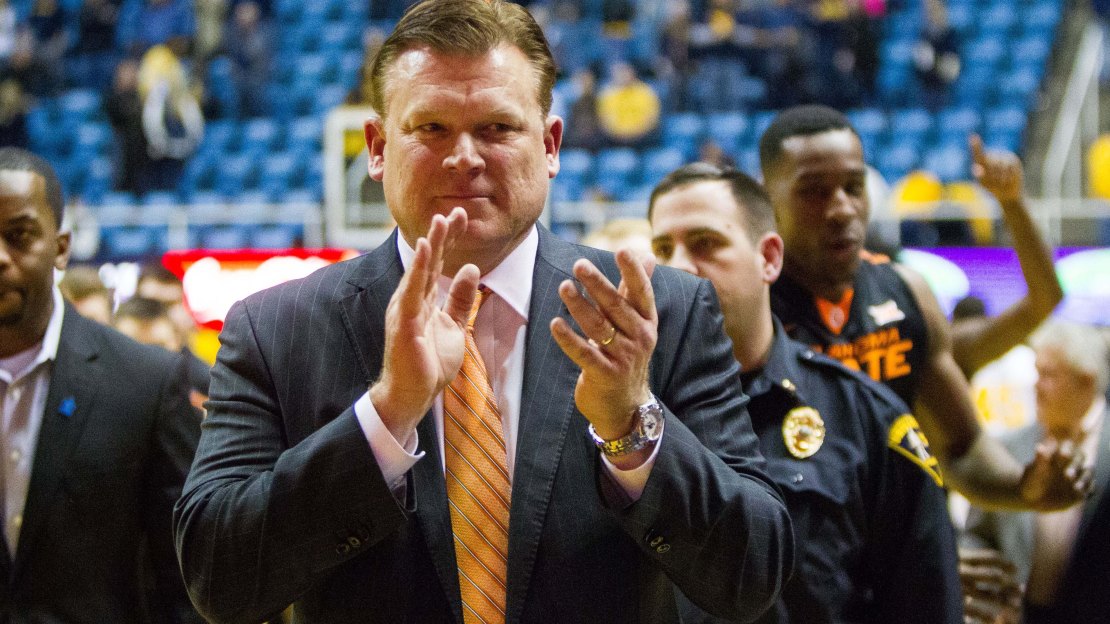 Underwood, whose Cowboys lost to Big Ten tourney champ Michigan in the opening round of the NCAA tournament on Friday, was on campus Saturday to finalize the deal.

The former Cowboys coach spent one season in Stillwater, Oklahoma, after making his head coaching debut with Stephen F. Austin, where he won three Southland Conference titles in as many years and won one tournament game in 2014 and 2016.

Here's some of the Twitter reaction to the hire:

#illini fans, the industry thinks you got a really good hire

Josh Whitman is my hero. Illinois AD crushed it with the search and didn't throw away $75K of school's money on… https://t.co/Pao5XY8lg8

Very good coach. Has ties to Jamall, I believe. Both born in Kansas. Worked for Huggins and Frank Martin. K-State grad. #dechr https://t.co/FRXMahHJ4Q

@YahooNoise those who complain about this hire aren't worth listening to because they don't know anything about basketball.

Bill Self on Underwood to Illinois: ?I just heard it 10 minutes ago. It shocks me. ? Brad was on a roll, I thought, in Stillwater."

I am happy. I am very happy. https://t.co/xJyCnpJyQM

Illinois hire is thru the roof great! Underwood gets it. Only downside is seeing how loosely these contracts for Coaches have become.