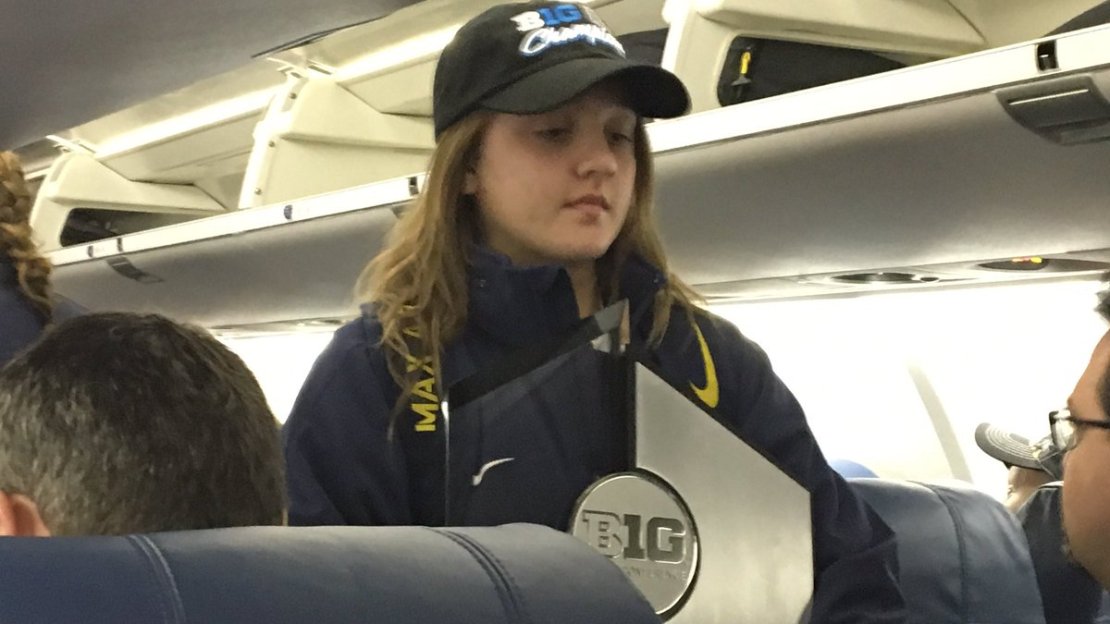 Michigan and Nebraska clinched a share of the regular-season Big Ten Women?s Gymnastics Championship on Saturday after each squad finished with an 8-1 Big Ten record.

In Champaign, Nebraska was paced in the all-around competition by Jennie Laeng, who won the competition with a 39.400. Ashley Lambert and Sienna Crouse tied for the vault title with a score of 9.850, while teammate Grace Williams won on beam with a 9.950. Illinois? Lizzy LeDuc earned an event title on floor with a 9.925, while fellow Illini Mary Jane Horth tallied a 9.950 to secure the event title on bars.

In Iowa City, Michigan used three event titles to clinch a share of the title once again. On vault, Olivia Karas scored a 9.950 to earn the event title, while teammate Paige Zaziski recorded a 9.950 on bars to tie with Iowa?s Angel Metcalf for the individual title. A pair of Wolverines tied for the title on floor, as Nicole Artz and Emma McLean notched a 9.900 to share the title with Paige Williams of Minnesota. Iowa?s Mollie Drenth and Penn State?s Nicole Medvitz tied for the event title on beam with a score of 9.900, while Minnesota?s Bailie Holst won a close all-around competition with a 39.425.

The 2017 Big Ten Women?s Gymnastics Championships will be held Saturday, March 18 at the Rutgers Athletic Center on the campus of Rutgers University in Piscataway, N.J. BTN will provide live coverage of Session One (Noon ET) and Session Two (5 p.m. ET).