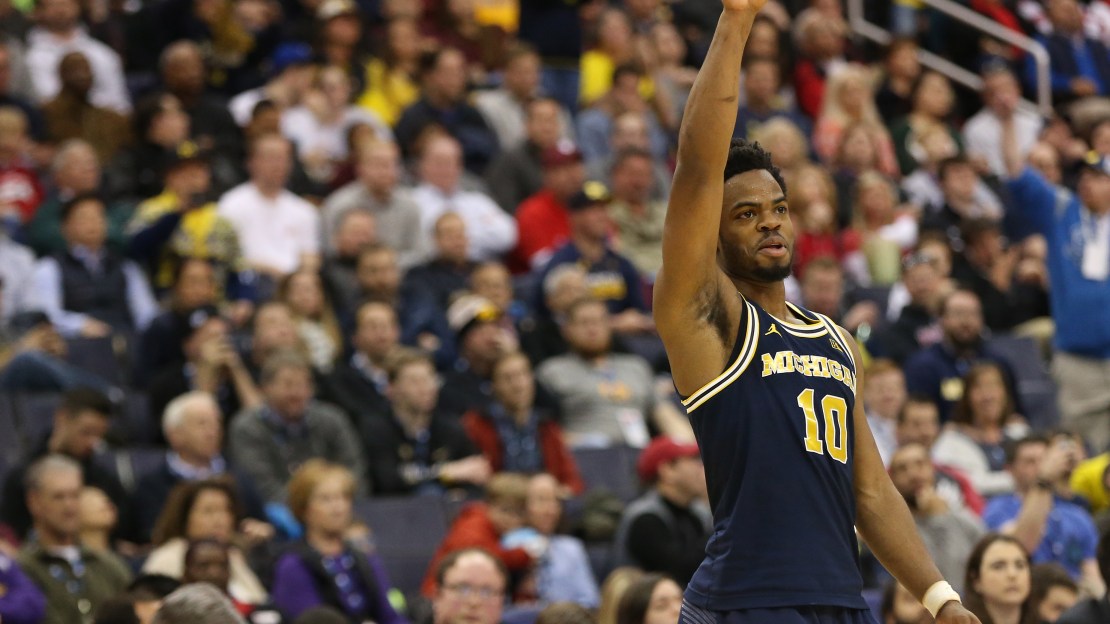 WASHINGTON — There seems to be magic around this Michigan team. The Wolverines are just the No. 8 seed in the Big Ten tourney, but they won six of their eight regular-season games. Then, Michigan had to shake of the physical and psychological impact of their plane careening off the runway after an aborted takeoff on Wednesday.

How would that affect the team? There was a chance the Wolverines wouldn?t even make the trip to Washington, D.C. for the Big Ten Tourney, as John Beilein gave them the option of forfeiting or still making the trip the next morning. Good thing the team opted to make the junket.

First, Michigan knocked off No. 9 Illinois and No. 1 Purdue. Now, No. 4 Minnesota is out, falling 84-77 to the Wolverines, who will play in the title game for the first time since 2014.

Minnesota has enjoyed a resurgence in Richard Pitino?s fourth season, making the Golden Gophers the most improved team in the nation. Last year, Minnesota went 8-23. This season, the Gophers are 24-9. It has been a remarkable rise fueled by Big Ten Defensive Player of the Year and point man Nate Mason. Now, the Gophers will look to make noise in the Big Dance, where it should be a No. 5 or 6 seed.

Get the best from Michigan's semifinal win below.

Top star: Derrick Walton Jr., Michigan. He played like the best point man in the Big Ten, tallying 29 points on 8-of-15 shooting. And he hit all 10 of his free throws while grabbing five rebounds and handing out nine assists. An unbelievable effort by the senior who is the only player in Michigan history with 1,000 points, 500 rebounds and 400 assists in his career.

Top stat: 20, points off turnovers for Michigan, compared to just seven for Minnesota. And the Wolverine bench was productive, outscoring the Gophers, 16-2.

Top dunk: D.J. Wilson, Michigan. There were some good ones, but the lanky sophomore's throwdown on Big Ten Defensive Player of the Year Reggie Lynch was the best of the bunch. The Derrick Walton Jr. pass was remarkable itself.

Top play: Derrick Walton Jr., Michigan. The senior was at his best Saturday, to the point he was almost toying with Minnesota and first-team All-Big Ten guard Nate Mason. Never was that more apparent than on this pretty crossover, 3-pointer in the second half.

Did you see that? After a hard collision and tumble to the floor late in the first half, Michigan?s D.J. Wilson and Minnesota?s Amir Coffey almost got into a scuffle. Cooler heads prevailed.

Sing along with us! ??#GoBlue pic.twitter.com/cdq2hw9rv9