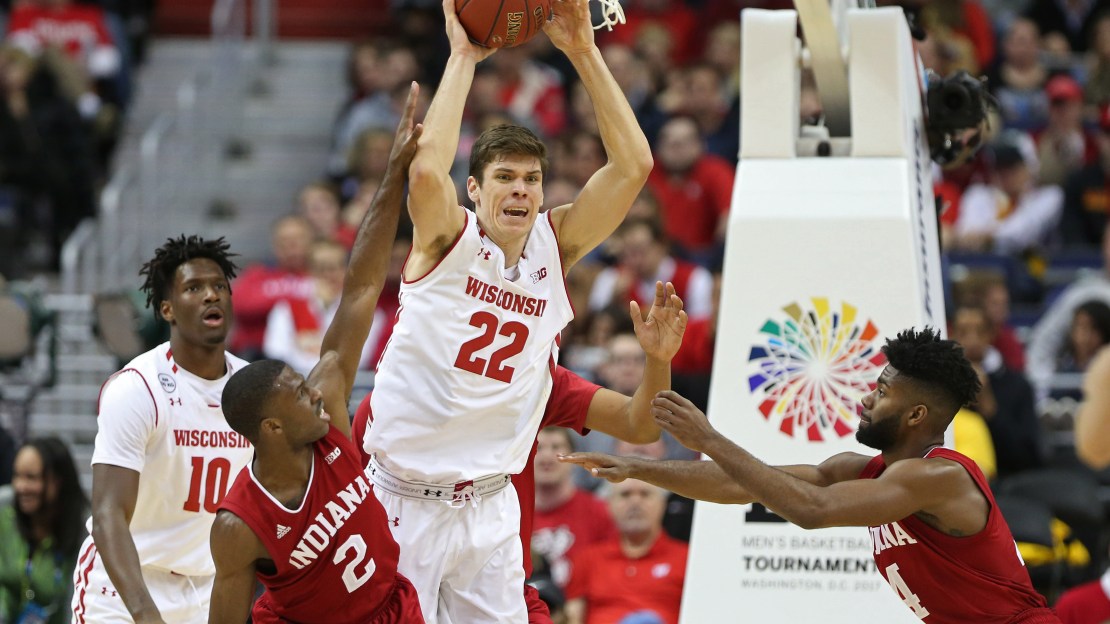 And then there were four. The Big Ten tourney is down to its final four after another day of blistering action in Washington, D.C. Here are the stars from this fabulous Friday of hoops.

D.J. Wilson, Michigan. ?Big Smooth? was on fire, hitting 11-of-18 shots for 26 points. And for good measure, he added eight rebounds and three blocks, including the highlight swat that sent the game to overtime. Wilson was simply sensational in helping the Wolverines knock off No. 1 Purdue.

Reggie Lynch, Minnesota. He is the Big Ten Defensive Player of the Year, a rim protector extraordinaire. He had five blocks today to go with a team-high 16 points and four boards in a win vs. Michigan State.

Ethan Happ, Wisconsin. He was "Mr. Do It All" in a win vs. Indiana, notching 14 points with 12 rebounds. Happ hit 7-of-9 shots and was impactful on many levels.

Vic Law, Northwestern. He hit 5-of-7 shots with five rebounds to finish with 17 points. He was a big-time catalyst for NU, which beat No. 3 Maryland to reach the tourney semifinals for the first time.

Bronson Koenig, Wisconsin. After IU had cut the lead to four with less than two minutes to play, Koenig hit a driving layup to provide a cushion. It was a dagger shot. He finished with a team-high 16 points, hitting 4-of-7 from 3-point range. He also added five assists.