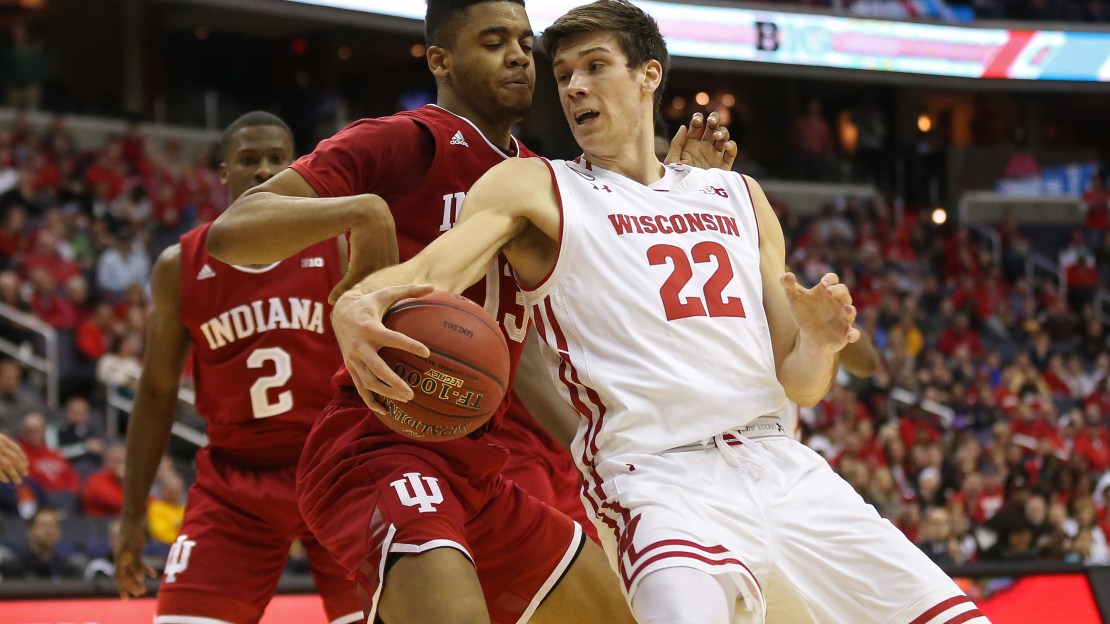 WASHINGTON — No. 2 Wisconsin fell from grace late in the season, costing the Badgers a run at the Big Ten title. Wisconsin closed the season with a home win vs. Minnesota. And now the Badgers look to be gaining some momentum with a 70-60 win vs. No. 10 Indiana in their opening Big Ten tourney game Friday night.

This is a talented team with a lot of postseason experience, led by seniors Bronson Koenig and Nigel Hayes. And few players in the Big Ten are better than super sophomore Ethan Happ. Don?t be shocked if Wisconsin wins this thing. They will play the winner of the Maryland-Northwestern game on Saturday for a chance to play for the Big Ten tourney title.

It has been a tough season for Indiana, one marred by injuries. In fact, no Big Ten team may have been more impacted by injury than IU. But the Hoosiers still have talent, and they looked good in dispatching No. 7 Iowa in the opening round. To make the NCAA tourney, Indiana needed to make a run to the Big Ten tourney title in Washington, D.C. Now, IU?s NCAA hopes are finished, as it faces an uncertain postseason picture.

Get all of the best from Wisconsin's quarterfinal win below.

Top star: Ethan Happ, Wisconsin. Mr. Do It All hit 7-of-9 shots and compiled 14 points and 12 rebounds en route to tallying his ninth double-double of the season.

Top play: This was a beauty, and it was so "Wisconsin."

It was over when: Indiana fought back from a double-digit second-half deficit to cut Wisconsin?s lead to 64-60 with just over a minute to go on a James Blackmon 3-pointer. But Wisconsin responded with a driving layup by Bronson Koenig. Then, the Badgers? Zak Showalter stole an IU pass and was fouled, hitting both freebies. Just like that, UW had a 68-60 lead with 40 seconds to go.

Did you see that? With Wisconsin?s Bronson Koenig streaking down court for a breakaway layup, Indiana?s Josh Newkirk gave chase ? and blocked the shot. Impressive hustle play.