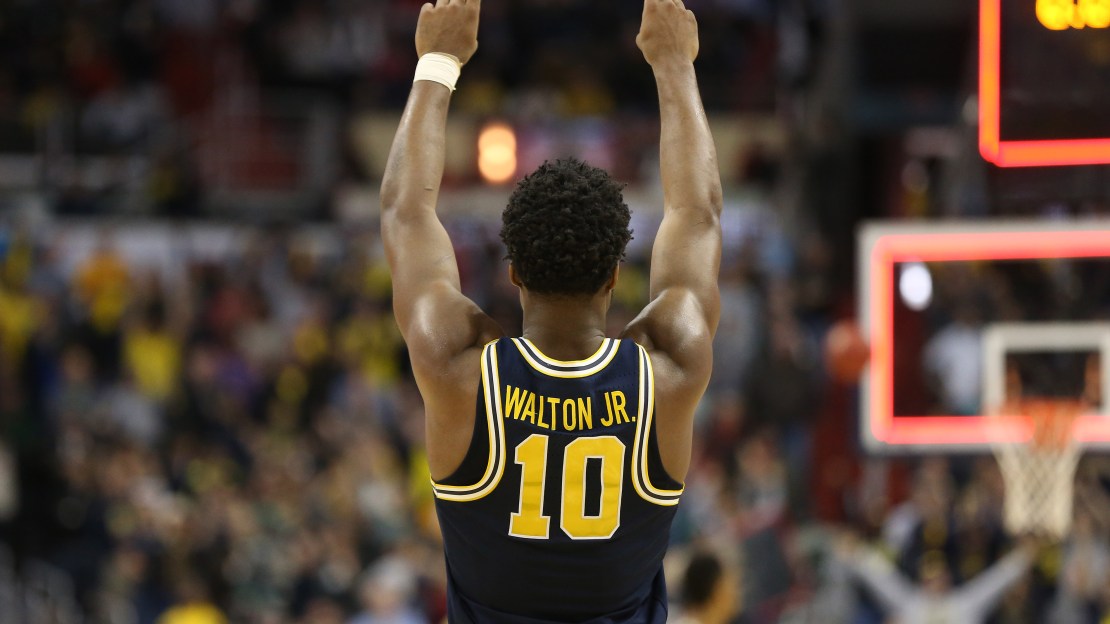 WASHINGTON — This Michigan story just keeps getting better. Tired legs? Mental fatigue? Lack of focus? No. No. No.

Michigan looks energized despite dealing with the horror of their plane running off the runaway during an aborted takeoff on Wednesday. The team arrived in D.C. on Thursday morning, suited up and looked good in posting a win vs. Illinois. Now, the Wolverines have taken down the No. 1 seed in the Big Ten tourney for the second straight season, this time downing Purdue, 74-70, in overtime.

It was a spirited effort by this indefatigable bunch that seems to be on a mission. This is the stuff of Hollywood. No. 8 Michigan will take on the winner of the Minnesota-Michigan State game on Saturday for a chance to play for the title. Amazing.

Get my best from Michigan's upset win below.

Top shot: With the clock running out before halftime, Purdue?s P.J. Thompson launched a bomb from half court-and hit it. It was his second halftime buzzer-beater this year, also doing so vs. Villanova. Interestingly, the Boilers lost both games. Can't ignore this pretty Derrick Walton Jr. jumper, either.

Top dunk: With 4:18 left in the game, Isaac Haas took an entry pass from Ryan Cline, pivoted and executed a powerful one-handed slam to give Purdue a 61-59 lead. It was vintage Haas.

Top pass: Derrick Walton Jr. continues to be a magician as a distributor, once again using a sweet one-handed bounce pass to set up an easy Michigan basket. He did it in Thursday's win vs. Illinois, too.

It was over when: After a tense opening two minutes of OT, Michigan cracked the ice on a driving layup by Zak Irvin. He made another layup after Caleb Swanigan hit one of two free throws. The Wolverines never relinquished control. Add it up, and Irvin made Michigan's last three hoops–all on driving layups.

Did you see that? After Michigan?s Zak Irvin hit a driving layup to tie the game at 66-66 with five seconds left, Purdue?s Caleb Swanigan had his inbound pass stolen for what looked like an easy go-ahead and winning bucket by Michigan. But officials stopped play because the clock kept running after the Wolverine basket. That saved Purdue. But the Boilers last-second attempt at a game-winning shot with 4.2 seconds left was blocked and the contest went to OT.