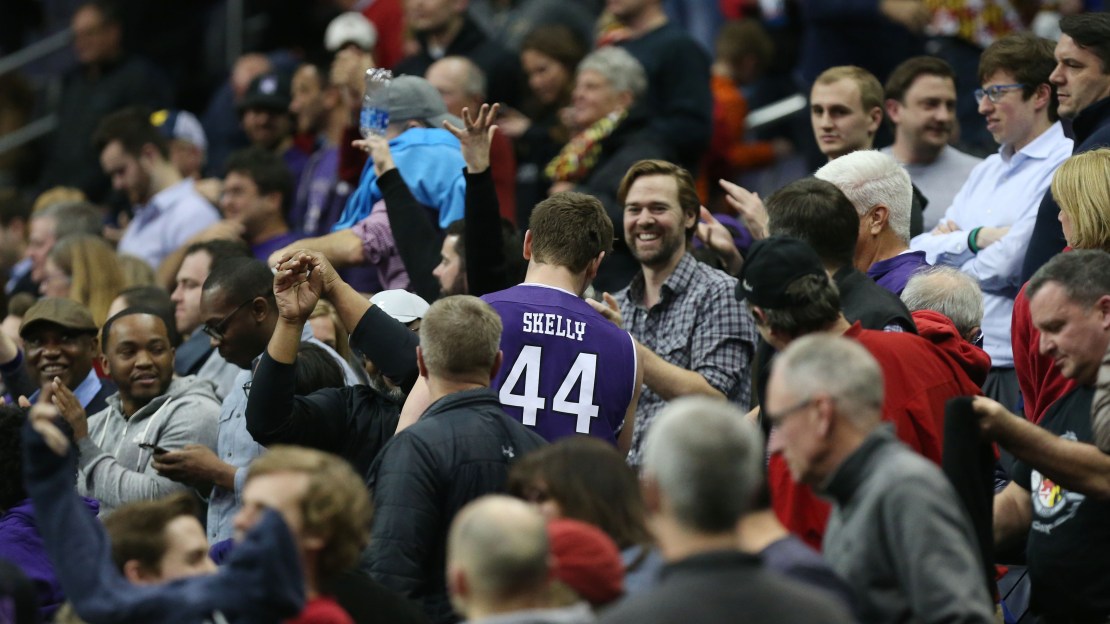 WASHINGTON — The Cinderella story keeps getting better for Northwestern, which is in the midst of its best season ever. The school already has set a school single-season standard for wins and it already boasts an NCAA quality resume.

The No. 6 Wildcats will take on No. 2 Wisconsin on Saturday with a shot to play for the Big Ten tourney title. Amazing. NU won at Wisconsin this season in their only meeting in 2017, so tit doesn't fear the Badgers.

For Maryland, this is a disappointing end. Yes, the Terps have exceeded the expectations of most after losing a raft of top talent, including the likes of Diamond Stone, Jake Layman and Rasheed Sulaimon. Despite that attrition, the Terps earned the No. 3 seed in the Big Ten tourney behind the play of star guard Melo Trimble and three freshmen: Anthony Cowan, Kevin Huerter and Justin Jackson. The Terrapins still are headed to the Big Dance, but they didn?t want this ride to end at this point playing a short distance from its campus before a partisan crowd.

Top star: Vic Law, Northwestern. Scottie Lindsey and Bryant McIntosh are worthy, too. But Law scored 17 points, on just seven shot attempts, and added five rebounds and two steals. He was a big-time catalyst for NU.

Top stat line: Kevin Huerter, Maryland. It came in a loss, I know, but the freshman was fantastic en route to compiling 19 points, four rebounds, four assists, one block and two steals. To top it all off, Huerter had zero turnovers.

Top dunk: After a Maryland turnover, Northwestern was off and running. Bryant McIntosh hit a streaking Vic Law with a nice pass. And Law promptly stuffed the ball to give the Wildcats a 60-53 lead with 3:40 left.