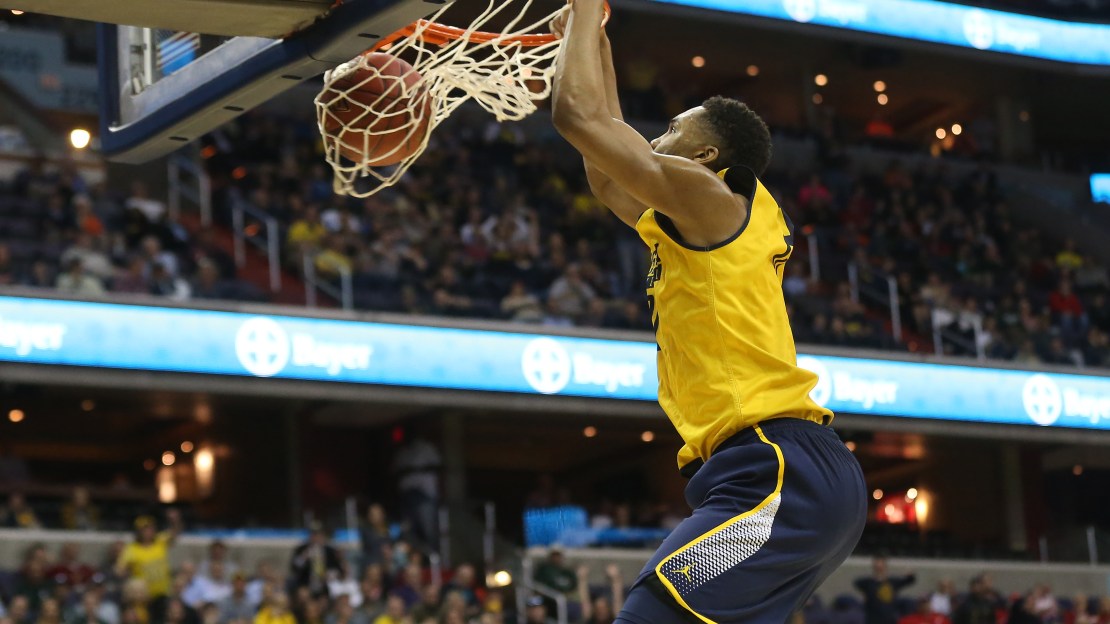 WASHINGTON — There's no getting around it: Thursday at the Big Ten Tournament was barely competitive across the board.

The consensus for quite some time now has been that seven Big Ten teams are in great position to earn at-large NCAA tournament bids: Purdue, Wisconsin, Maryland, Minnesota, Northwestern, Michigan and Michigan State. Entering Thursday, you could maybe have made a case that Michigan and Michigan State would be sweating on Selection Sunday with losses in their first game in D.C., and Illinois and Iowa were on several bracketologists' lists of first teams to miss the Dance. A couple wins in D.C. for the Hawkeyes or Illini might have pushed either team to the right side of the bubble.

But after Thursday's results? Forget about it. Michigan (21-11) and Michigan State's (19-13) dominating performances all but ensured their bids are safe, and they certainly passed the "eye test" in the process. The Spartans and Wolverines not only looked like they belonged in the big bracket, but they both looked capable of doing some damage once they get there next week.

The opposite can be said of Illinois (18-14) and Iowa (18-14). Late-season runs injected some optimism into both fan bases that their teams might sneak in after being out of tourney talk for nearly the entire season, but Thursday virtually put an end to those hopes.

Illinois' NCAA dreams were looking incredibly realistic following last week's Senior Night win over Michigan State–the Illini's fifth straight. But their chances took a huge hit with a heartbreaking 61-59 loss at Rutgers Saturday, likely meaning they'd have to take at least two in D.C. to be in good shape. The Illini were never really in it Thursday's game against Michigan, which was essentially a carbon copy of the two teams' 8/9 BTT matchup in 2015.

Just like two years ago, there were NCAA tourney implications. Michigan opened up a huge lead, Illinois fake rallied, then the Wolverines shut the door for the win. The score two years ago? 73-55 Michigan. Thursday? 75-55 Michigan.

Iowa's NCAA tournament resume had one of the most stark contrasts between good wins and bad losses in the country, but the Hawkeyes rightfully believed they could take anyone with the way they'd been playing lately. The Iowa team that had won four straight showed up in a competitive first half against Indiana, but couldn't stand up to the Hoosiers' obscene 60 percent shooting the entire game. Indiana ran away with it in the second half, 95-73.

The NIT could be more beneficial for this Hawkeyes team anyway, which is burgeoning with young talent and should be a problem for the rest of the conference for the next few years.

So as we head into a four-game slate Friday that figures to be more compelling than Thursday's action, all seven teams projected "in" the NCAA tournament are still alive in D.C. Indiana remains as the lone potential bid-stealer, and they could maybe push themselves back on the bubble if they win two more to reach the Big Ten title game Sunday.

Other than that, the Big Ten outlook for Selection Sunday seems to have cleared considerably.