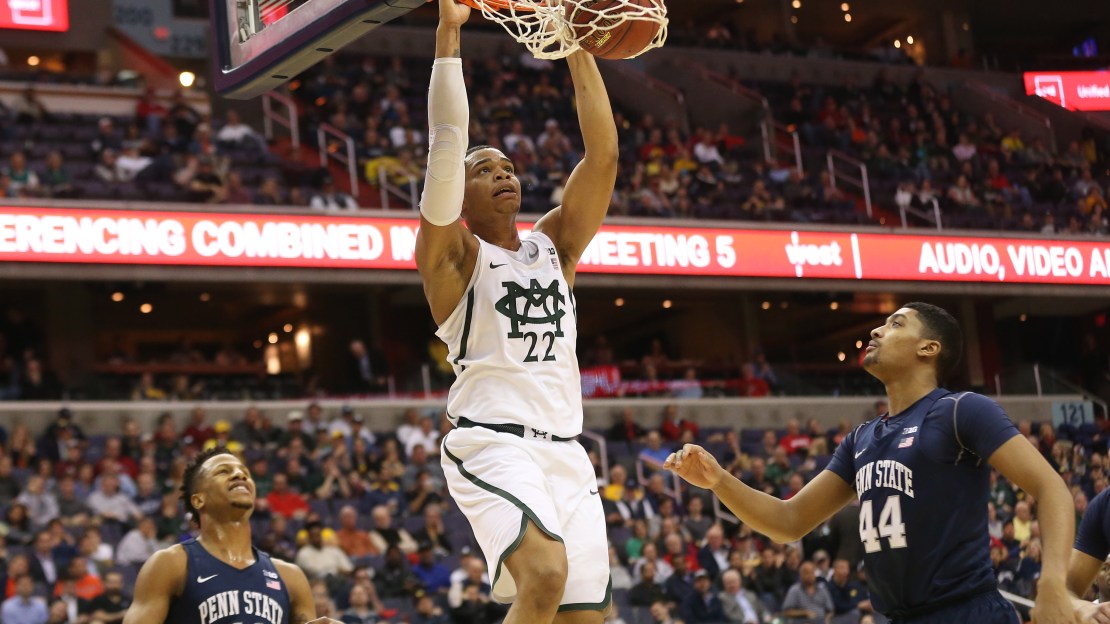 WASHINGTON — Michigan State arrived in Washington, D.C., for the Big Ten tourney meaning business after an inconsistent regular season. And the No. 5 Spartans delivered with a workmanlike defeat of No. 13 Penn State, drilling the Nittany Lions 78-51.

Any mojo PSU had coming off a win vs. Nebraska on Wednesday in the opening night of tourney action quickly was squashed by MSU, which like Penn State has a roster populated by many good freshmen.

Top star: Miles Bridges, Michigan State. The high-flyer played a good all-around game, tallying 15 points, on 6-of-11 shooting, with nine rebounds, three assists and two blocks. Also have to mention big man Nick Ward, who also had 15 points in hitting 5-of-8 shots with nine boards and two blocks. Both are freshman phenoms.

Top stat: 44, rebounds for Michigan State, compared to just 29 for Penn State. Bridges and Ward each had nine boards for the Spartans, and Kenny Goins had eight off the bench. MSU was too physical and tough for Penn State.

Top dunk: In the first half, Michigan State?s Cassius Winston lobbed a perfect alley-oop pass to fellow freshman Miles Bridges, who almost tore down the rim with a two-handed stuff. Bridges also had this dynamite dunk.

It was over when: Penn State got off the bus. Michigan State established control early and never relented against an overmatched Nittany Lions squad, taking a 45-27 halftime edge and cruising. Tom Izzo wanted this one after his Spartans lost vs. Penn State, 72-63, playing in the venerable Palestra on Jan. 7. It was the lone meeting in the season between the teams.

Did you see that? In a moment Michigan State?s Alvin Ellis is going to want to forget, the senior guard soared for a one-handed jam off the baseline ? but got stuffed by the rim, as he didn?t rise high enough to throw down the jam.

Sometimes, the rim is unkind. https://t.co/3qC6UdgeO4