From the Stands: Q&A with Malcolm Hill's mother, Machanda 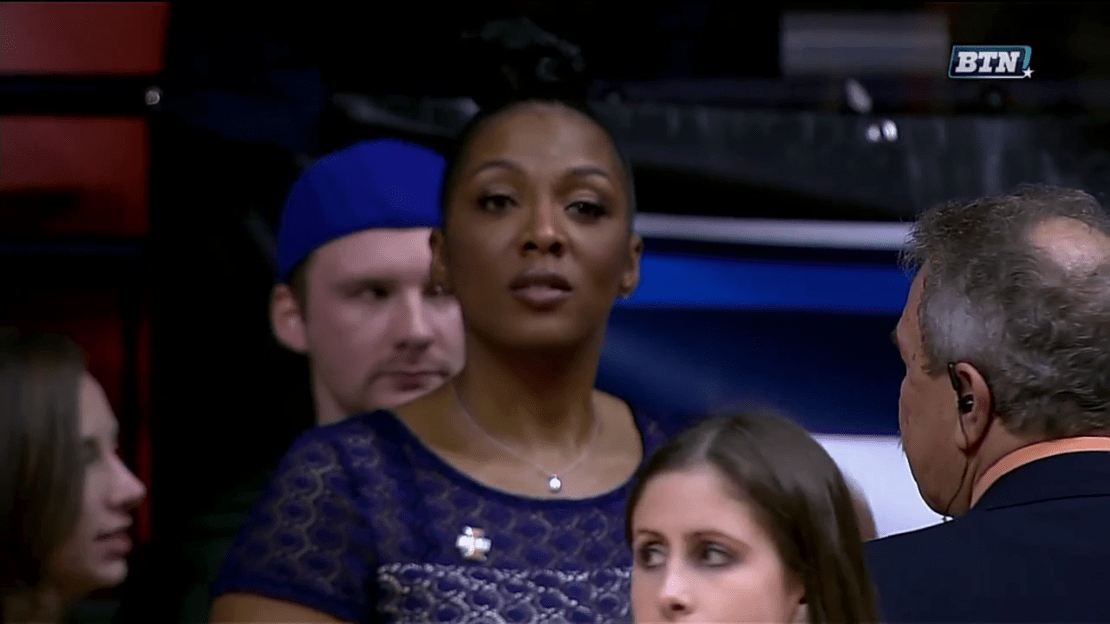 WASHINGTON — Illinois senior Malcolm Hill had a rough afternoon Thursday, as the Second Team All-Big Ten standout was held to just four points in the Illini's 75-55 elimination at the hands of Michigan in the Big Ten Tournament.

There's a chance Hill has played his last collegiate game, unless Illinois ends up accepting a bid to the NIT. He'll go down as one of the greatest Illini players of all-time, and he and his family have been first-class representatives of the University of Illinois since Hill stepped on campus.

During Thursday's game, I caught up with his mom, Machanda Hill, a regular at Illini games, and she reflected on her and her son's experiences over the last four years.

BTN.com: Can you describe what these last four years have been like, watching Malcolm grow into the player and person he is?
Machanda Hill: It?s been really exciting just to see how he?s grown and matured. He came into Illinois as a 17-year-old, not sure of himself, and he?s grown into a mature, 21-year-old young man who I?m very proud of.

BTN.com: What would you say is your proudest moment from his career?
MH: Senior Night (against Michigan State). Because he?s really kind of just a low-key guy, you know. It was a tough task for them with Michigan State coming in, being Senior Night. And just the way that he performed and then at the end of the game, just all the emotions that came out. He?s pretty even-keel, and the way he thanked his coaches, and his family and his fans, I couldn?t be more proud of him.

BTN.com: That?s one of the questions I was going to ask. Did you ever think he?d show his emotions like that, especially on TV?
MH: (Laughing). No. I really did not see that coming at all. And I didn?t see it happening as it was happening. But as he was walking toward me, he was crying. I was just like, ?What happened, what?s going on?? And then I saw it later and started crying as well because I just couldn?t believe it.

BTN.com: Tell us something most people probably don?t know about Malcolm, or something he might not want us knowing:
MH: He?s really into, like, anime and Dragonball Z and collecting figurines and all that stuff.

BTN.com: What do you think is next for Malcolm?
MH: I think the sky?s the limit for him. He?s always been a hard worker, and he?s going to continue to work hard and take advantage of every opportunity that comes his way.

BTN.com: What will your family miss most about Malcolm playing for Illinois?
MH: I think I will miss the people (most). Because there?s a group of us that kind of travel together, and a group of parents that come to the games, so we?ve gotten to know each other over the past four years. So I just won?t see them as often as I see them during the season. I?ll definitely miss a lot of the parents and people I got to see coming to the games.

Four years of trying, and this is how it ends for @Malcolmillini21 the 4th highest scorer in #Illini history. pic.twitter.com/LXFjINNHmz