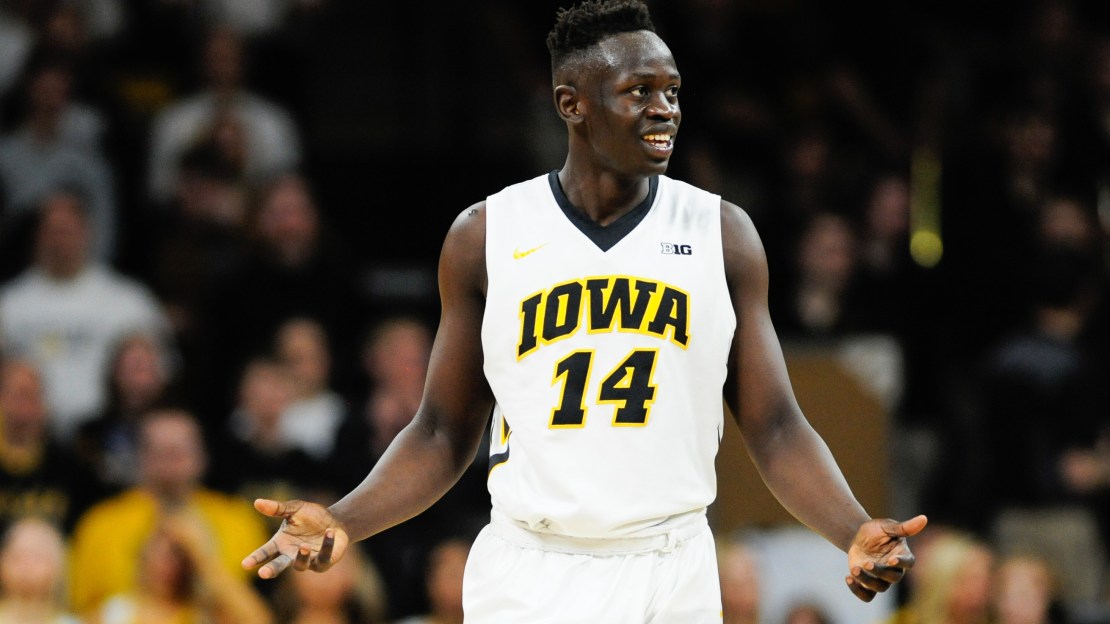 (AP) Senior star Peter Jok scored 20 of his 21 points in the second half and Iowa throttled Penn State 90-79 on Sunday, closing the regular season with four straight wins.

Jok, starting his final scheduled home game, missed most of the first half after picking up two quick fouls. But the Hawkeyes reeled off a 14-0 run without him, jumping ahead 47-33 on a Jordan Bohannon 3 just before the end of the half.

Jok then opened the second half with 11 points in just three minutes, helping negate four consecutive made baskets by Penn State after the break. Jok's long 3 from the elbow made it 70-49 with 12:33 left – and gave him 16 points in less than eight minutes.

Jok was pulled with 45 seconds left, and he got a standing ovation as he walked to the bench.

Josh Reaves had 25 points for the Nittany Lions (14-17, 6-12). They went on a 12-0 run and later closed with five straight baskets to make the final score look closer than the game actually was.

Iowa: The Hawkeyes likely still have some work to do in next week's Big Ten Tournament. But the fact that they're in the NCAA Tournament discussion after a 3-5 start is remarkable – as was the fact that, on Senior Day, 43 of their 47 first-half points came from underclassmen.

Penn State: The Nittany Lions had the Hawkeyes on their heels early, leading 25-24 at one point. But once Iowa found its footing, Penn State fell behind and never recovered. The Lions seem destined for a losing season barring a miraculous run in the Big Ten Tournament.