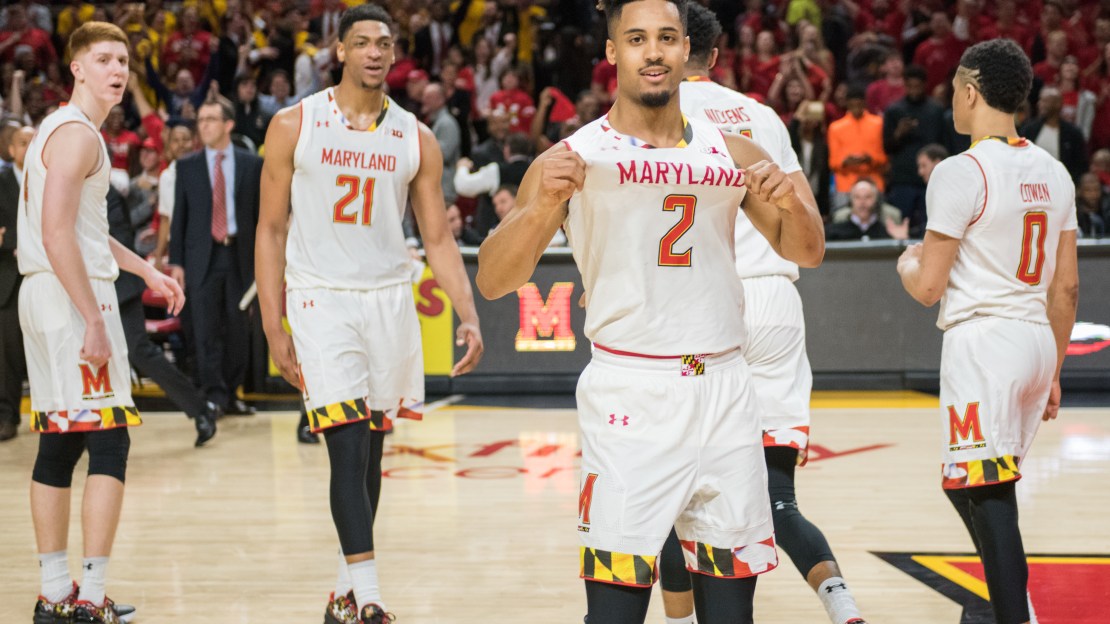 Hand down, man down.

The two east coast Big Ten schools delivered nearly identical finishes Saturday afternoon as both Rutgers and Maryland found themselves defending their home courts until the final seconds on their respective Senior Days.

First it was the Scarlet Knights who were knotted up with Illinois at The RAC. Corey Sanders had been feasting in the second half, but he decided to defer to Deshawn Freeman with the score tied at 59 and the clock dwindling. Freeman squared up from NBA range and let it fly, giving Rutgers a 62-59 victory and a feel-good moment to wrap up the regular season.

Two hours later the Terrapins were in a similar position with a 60-60 tie and the ball against Michigan State. Melo Trimble had been in this situation before–same score and everything!–and he calmly eviscerated the Spartans with a cold-blooded triple. The win clinched the No. 3 seed in next week's Big Ten Tournament for the Terps.

Of course, no game-winning shot can be complete without dramatic Titanic music in the background.

DAGGER blow to the Illini's at large chances. Deshawn Freeman's decisive 3 for Rutgers is much better w/Titanic music!!! ??? (@RutgersMBB) pic.twitter.com/uKCW8quPFY

MELO TRIMBLE IS AS COLD AS ICE!!!!! HIS GAME WINNER AGAINST MICHIGAN STATE IS MUCH BETTER W/TITANIC MUSIC!!! ??? (@TerrapinHoops) pic.twitter.com/ROPy9JP4WT